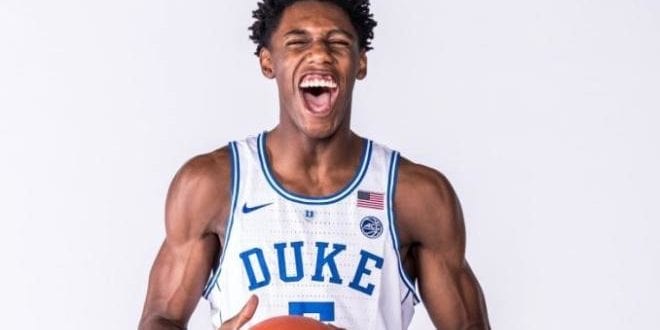 Losing Zion Williamson would have been a death knell for many teams, but Duke isn’t most teams. The Blue Devils are still incredibly talented, especially because R.J. Barrett is in the lineup. Williamson gets almost all of the accolades from fans and pundits, but it’s Barrett who is usually Duke’s most important player. He may not be the #1 NBA draft pick but he is Duke’s #1. Barrett has actually gotten better as the stakes have gotten bigger. He has averaged 24.9 points a game against ranked opponents and 23.6 points a game in true road games. In fact, Barrett is actually leading the ACC in scoring — a sign that Duke can indeed survive without Williamson in the lineup.

Former N.C. State coach Herb Sendek had a saying about teams that don’t have their point guard in the lineup: It’s like having a running back play quarterback, the ball just isn’t going to get where it needs to go. The Hokies are finding out for themselves just how true those words really are. Virginia Tech is playing its ninth straight game without star point guard Justin Robinson, and in truth, the Hokies haven’t looked or played like a top 25 team with him on the bench. Virginia Tech hasn’t fallen to the scrap heap without Robinson, going 5-3 during that stretch, but a check of the record reveals that the Hokies have four wins over teams that will miss the NCAA tournament (unless they can win the ACC next month). Other than N.C. State, a likely low seed, Virginia Tech has yet to beat a good team without Robinson.

NFL Picks: Too early to bet Super Bowl 54? Not for Loot Levinson!

Cassell Coliseum. For whatever reason, this arena has proven to be a major problem for the Blue Devils. Duke hasn’t won in Blacksburg since 2013, and while part of that is because the Blue Devils went three years without playing a game in Blacksburg from 2014 to 2016, but the fact remains that Duke has lost two straight to Buzz Williams and Virginia Tech in western Virginia. Whether it’s because Williams gets the most out of his team, Duke simply isn’t comfortable in Blacksburg or this is a sign of long-term success remains a

genuine question. With two heralded freshmen in the starting lineup, this is a big chance for Duke to put those demons to rest…but it’s an even better opportunity for Virginia Tech to use a place that’s been tough on the Blue Devils as a shot to get a true signature victory.

The Blue Devils stay loose and focused on the road, as they have all season. As much buzz as Cameron Indoor Stadium gets for its home-court advantage, two of Duke’s three losses have come at home this season, and the one other defeat was in Maui against Gonzaga. In true road games, the Blue Devils are 7-0, leaving them as the only team in the nation that has not lost a road contest this season. Duke’s game plan is simple: trust its freshmen to get the job done and make good decisions. They’ll have to do exactly that to reverse Duke’s history in Blacksburg.

The Hokies can get Kerry Blackshear some help. Blackshear has been excellent in the past two games for Virginia Tech, managing a double-double in both contests, but the rest of the Hokies have seemed like they’re merely waiting for Robinson to get back to full strength. Nickeil Alexander-Walker has the potential to put up points in big numbers, and he might have to if Mike Krzyzewski elects to try to take Blackshear and his scoring out of this contest.

Virginia Tech is not Duke. A team of the Blue Devils’ caliber can lose a star player and still have enough left to bounce back and recover. Not so with the Hokies, who appear to be well on their way to a first-round exit from the Big Dance in a month’s time. Virginia Tech is just not the same team without Robinson, and it shows. Duke isn’t the same without Williamson, but the Blue Devils have enough talent elsewhere to get by without him.

Given that both of these teams are dealing with key injuries, I have to go with the team that has shown it can beat good teams, and that’s Duke. Throw in that you’re getting a nice low price with the Blue Devils, and Duke looks like the right way to pick this one.

One of the top trends that revolves around this game is how good the home team is when these two face each other. The home team has won the last ten meetings dating back to January 2017. Matt Lowry has today’s Raptors/Celtics NBA pick.