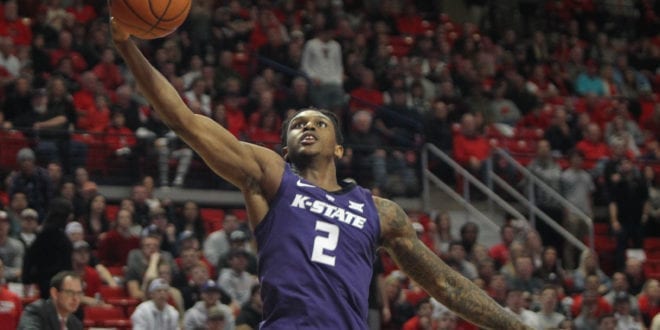 At the start of Big 12 play, the Wildcats looked like a mess. They got drilled by Texas in a 20-point loss, and with Kamau Stokes and Dean Wade down, Kansas State looked like it was going to struggle to accomplish anything positive in the league. Instead, the Wildcats have gotten healthy and returned to being a competitive team, proving their point with a win at Iowa State, one of the most difficult tasks in college basketball. K-State’s game plan is built around tough defense, and the Wildcats have executed it well as of late, holding their past nine opponents under 70 points.

Oklahoma seems to have settled itself right in the mid-tier of the Big 12. The Sooners aren’t quite at the level of Kansas or Texas Tech, but they’re pretty close, and they’ve picked up some quality wins in a multitude of environments. Oklahoma likes to push the tempo and relies on its solid rebounding to set up their offense. When the Sooners lose the rebounding battle, they’re vulnerable but not helpless, as they were able to bail themselves out in their win over TCU by holding the Horned Frogs under 35 percent from the floor. Oklahoma has the ability to win with either its offense or its defense, and that makes the Sooners a problematic matchup for a lot of teams.

Oklahoma’s Kristian Doolittle. Doolittle has done a fair amount for the Sooners in their two Big 12 wins, and he’s done it by getting to the free throw line and hitting when his team has needed it. So the X-factor here isn’t as much Doolittle as it is the Sooners’ ability to get to the line and get their opponents in foul trouble. In Oklahoma’s two Big 12 wins, it’s shot at least 25 free throw attempts. In its two losses, it hasn’t broken 15 free throw attempts. Doolittle is symptomatic of that as well, attempting just four foul shots combined in the two defeats.

The Wildcats can play disciplined defense. As established earlier, Oklahoma is at its best when it’s able to get itself to the free throw line with regularity. Kansas State, however, is not a team that fouls on a regular basis. The Wildcats pride themselves on holding the score down and giving away very little for free, and that’s going to have to hold up in order for K-State to keep its winning streak going in a tough road game.

Oklahoma will Cover if:

The Sooners can push the tempo. Kansas State knows that it doesn’t have the offense to outscore its opponents, so the Wildcats attempt to win by slowing the game down and limiting opponents’ chances with the basketball, figuring that they have the defense to win that kind of battle. If Oklahoma can play the way that it wants to play and force K-State to speed up, the Sooners will have a big edge.

Most sportsbooks now have K-State at 5.5 but there is still value here. The fact that Oklahoma has been so strong at home would seem to be a great reason to take the Sooners and lay the points, but there’s something going on with this Wildcats team right now. Bruce Weber’s teams tend to get better as the season goes on, and their massive comeback at home against West Virginia suggests that this team is on that upward trend.

Even after the Wildcats won at Iowa State, I don’t think that the general public has caught on yet to what this team is capable of, and I think they’ve got one more surprise in them before people realize what K-State can do. Oklahoma has been an excellent team at home this season, but when an underdog that has had past success is showing signs of elevating its game, it’s a good time to gamble on them to do it again.

I want the Wildcats here, and given these teams’ tendencies to play tough defensive battles, I think it’s a good time to parlay it with the under and try for a really nice payday on this game. If you’re really looking to score, you can take the Wildcats straight up, but I think you’ll be just fine taking a few free points and giving yourself some insurance.