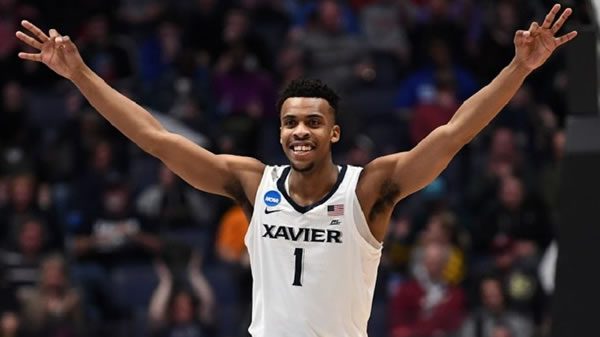 Betting on Xavier has been a great way to lose your money as of late, as the Musketeers are 1-6 ATS in their past seven games. They’re doing enough to win games against lesser teams, but they’re not putting them away, and they’re really not getting the job done against the likes of Villanova and Marquette. The Musketeers have lost three of four to the Wildcats and Golden Eagles, making it pretty clear that they’re in the second tier of the Big East’s tournament-worthy teams.

Providence fancies itself as a genuine third contender alongside the Wildcats and Golden Eagles, but so far, the Friars haven’t proven that’s the case. Providence had its chance against Marquette and got torn apart by 32, and the Friars have developed an annoying tendency to allow lesser teams to hang around, as they’ve won without covering in their past two games against Big East also-rans Butler and Georgetown. Against Butler, the Friars had their opportunities to land the cover, but couldn’t close the deal and finish off a team that was getting run over by everyone in the league.

Yet Providence has seemed to raise its game when it faces most decent teams, as it already owns wins over Connecticut, Seton Hall and Wisconsin. With the return game with Marquette coming up, this week is the Friars’ chance to prove that they belong on the floor with the Big East’s best.

The advanced metrics really hate Providence, mainly because the Friars do not take good shots, don’t rebound well and aren’t really all that strong from behind the arc. In short, this is exactly the kind of team that gets a single-digit seed and gets bounced in the first round.

What the Friars do have going for them is Nate Watson, who attacks the paint well and tends to keep possessions going when he does get free to grab a rebound. But Watson doesn’t stay on the court for all that long, as he hasn’t played more than 29 minutes in any of Providence’s past five contests. When Watson is able to get inside and get to his preferred shooting spots, he’s incredibly effective, but Marquette was able to shut him down and hold him to eight points. Stop Watson, and the Friars become almost entirely dependent on their defense.

The Musketeers do have the height needed to counteract Watson inside, and they’ve got a few other pieces as well. Like Providence, though, Xavier is not a team of great shooters. The Musketeers depend on Jack Nunge to get the job done inside, but they’re a little bit turnover prone in the person of Paul Scruggs. Scruggs is the main distributor for the Musketeers, but he averages three turnovers a game for the season and has turned it over 10 times in the past two against DePaul and Marquette.

If the Musketeers can get the ball where it needs to go, they’re still not a great shooting team, but at least they can grab rebounds as long as they can keep Watson away from the boards. This might be a situation where the game is won or lost on the glass.

Providence will Cover If: The Friars can keep Watson in the game. If the Musketeers are smart, they’ll go right at Watson and try to get him anchored to the bench in the first half. The Friars have no Plan B inside if anything happens to Watson, so they have to make sure that they use him as much as possible for close to 30 minutes.

Xavier will Cover If: The Musketeers can count on their defense to keep Watson from getting good looks at the hoop. Al Durham was able to rescue the game for the Friars when DePaul slowed down Watson (in large part because the Blue Demons shot 30% from the field), but Providence’s other players are far more inconsistent. This is a situation where the Musketeers will likely take their chances with the rest of the Providence roster.

Taking the Friars under 65.5 seems like a good move here. Providence has been a poor road team, averaging 61 points per game in true road games, and Xavier has a pretty solid defense. The Friars only have topped 66 on the road once, and that was against DePaul, which has a lousy defense. Throw in that the Musketeers match up well with the Friars’ offense, and a low total looks like it.

I’m worried about taking Xavier given how the Musketeers are allowing teams to hang around, but Xavier matches up so well with Providence that this seems like the kind of game where the Musketeers get back on track. Despite Providence’s glittering record, I think it’s smoke and mirrors. I’ll take Xavier. Bet your NCAA basketball predictions for FREE by taking advantage of a 100% REAL CASH bonus on your first deposit of $100 to $1000 at Betnow Sportsbook!