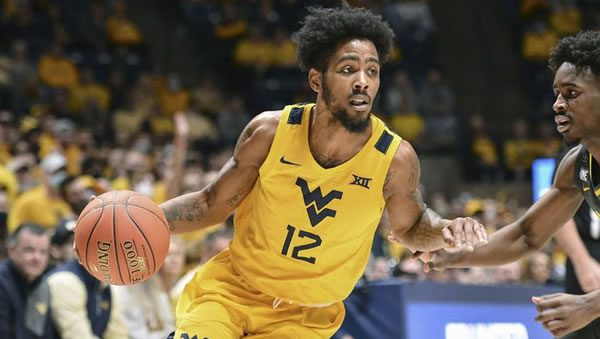 Point Spread: OKLA +2/WVU -2 (BetOnline - This place offers the FASTEST bitcoin payouts on the web! We tested them four times and each time we received payment in less than ONE HOUR!)

This isn’t a game that either team can really afford to lose, as both find themselves sitting in the 9-10 seed range if the tournament started today, and both have a lot more to do between now and mid-March. The Sooners haven’t done a lot away from Norman this year, and they just gave away two of their best shots to pick up a great win at home by losing to Baylor and Kansas in back-to-back games. The Sooners now have a four-game losing streak and have dropped five of six, showing just how difficult life can be in the Big 12. The good news for the Sooners is that they have a big shot at a road win at the end of the week against Auburn, but in order for that to matter, they’ve got to give a good showing against West Virginia.

The Mountaineers have to get this win because they’re riding a three-game skid of their own and have virtually nothing on their profile that they can point to. West Virginia has certainly played a tough schedule, but the Mountaineers haven’t beaten anyone of note in the league this season. Their only wins out of the Big 12 were over Oklahoma State and Kansas State at home, neither of which is going to move the needle at all. The Mountaineers have already taken a home loss to Baylor and have failed to cover in five of their past six games; they’re in a tight spot if they take another loss.

Oklahoma’s a good shooting team when it actually gets shots off, but the Sooners’ big problem is that just as often as not, the ball finds its way into the hands of an opponent before Oklahoma can get anything off. The Sooners turn the ball over 15 times a game, and in the Big 12, turnovers can be absolutely deadly.

When the Sooners do take their shots, Jalen Hill and Tanner Groves are accurate shooters when they get the ball inside the arc. Shooting from deep can be another story for the Sooners, who are not blessed with good shooters from the perimeter. C.J. Noland and Ethan Chargois are the only ones who shoot a decent percentage, and they’ve combined to go 15-for-33 from deep for the year. By contrast, Umoja Gibson and Elijah Harkless have shot 70-for-199 from the arc, good for a percentage of just 35 percent. This is not a team that can shoot the three or rebound well, but the Sooners can defend the three very well. That’s led to quite a few low-scoring nights for this team, as the Big 12 is a very defense-heavy league.

West Virginia isn’t going to win anything with its shooting, but the Mountaineers are still playing solid defense, which has helped them pick up a few wins here and there. Taz Sherman and Sean McNeil take almost half the shots for West Virginia, and they’re not great shooters, which is why the Mountaineers only score about 69 points per game.

What they do well is force mistakes, as they average almost eight steals a game. But when the Mountaineers don’t force mistakes, they tend to make mistakes. Against Texas Tech, the Red Raiders were able to take care of the ball, turning it over just nine times against the famed Press Virginia defense. West Virginia, on the other hand, coughed it up 17 times and basically ended any chance it had of a win.

More Picks: Get our capper’s Friars vs. Musketeers Analysis Plus Picks to Bet >>>

Oklahoma will Cover If: The Sooners slow the game down and avoid playing into Press Virginia’s hands. West Virginia lacks the offense needed to keep up with Oklahoma, so the Mountaineers will have to try to force the Sooners to make mistakes. Oklahoma has to avoid the turnovers and get the ball inside.

Oklahoma has failed to top 64.5 points in its past four games, and one of those went to overtime. The Sooners aren’t scoring right now and face a tough defensive assignment, so I like them to finish under their team total.

I don’t really trust either team at the moment, so when in doubt, go with the team that’s playing at home, especially with a number this small. I’ll likely be playing the under if I play at all, but for the spread, give me the Mountaineers. Bet your college basketball predictions for FREE this week by taking advantage of a 100% REAL CASH bonus up to $500 at GTBets Sportsbook!