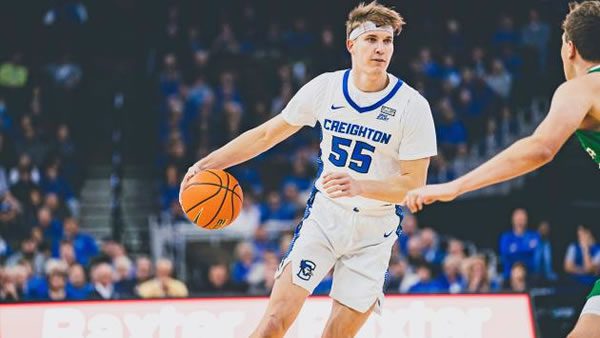 The Friars must be thinking, how do I earn some respect after stretching their winning streak to nine games which includes a perfect 6-0 in the Big East? They head to Omaha to take on Creighton, where they are a +6.5/+7 point home road dog. The tip-off for this afternoon’s game is 2:00 PM ET and can be watched on FS1.

The spread line opened with the host Bluejays a -5 home favorite, and that line has climbed to as high as -7 at some betting sites. The total line has been on the decline. After hitting the board at 147.5 points the consensus line at the time of print is 145.5.

Providence is coming off an 83-80 win over St. John’s. However, they did not cover the spread in the game as -6 point favorites. The combined 163 points finished above the 152.5 total line.

Creighton most recently fell to Xavier (90-87). Not only did the Bluejays lose straight-up, but they picked up an ATS defeat as +2.5 point underdogs. The combined 177 points finished above the 153.5 total line.

Providence
Over their last five games, Providence has a straight-up record of 5-0 while going 4-1 vs. the spread. Over this stretch, the Friars’ offense averages 81.0 points per game while hitting 45.4% of their shots from the field. On the defensive end of the floor, they have allowed opponents to shoot 41.6% from the field while allowing 70.0 points per contest.

Creighton
In their previous five contests, Creighton is 3-2 straight-up and 2-3 vs. the spread. In these five games, they have a scoring average of 77.6 points per game on a shooting percentage of 48.7%. Defensively, they allow teams to hit 39.6% of their shots while giving up 68.2 points per game.

For the season, the Friars have played 6 road games and have a record of 4-2. In these contests, Providence is 4-2 vs. the spread. Offensively, they have averaged 71.8 points per game on a shooting percentage of 45.6%. On defense, the Friars allow 66.8 points per contest when playing away from home. So far, opposing teams have a field goal percentage of 42.1% in these games.

How Does Creighton Fare At Home?

For the season, Providence is averaging 71.8 points per game (179th) while posting an overall field goal percentage of 43.7%. In today’s game, they will be matched up against a Creighton defense that has allowed an average of 68.9 points per contest. This year, opponents have hit 42.9% of their shots vs Creighton. On the other side, the Creighton Bluejays are coming into the game averaging 69.0 points per game on a shooting percentage of 45.0%. The Bluejays will be facing a defensive unit allowing an average of 68.1 points per contest. So far, teams have hit 41.9% of their shots vs. the Friars.

More Picks: Get Rich Crew’s Columbia at Harvard pick against the spread 1/14/23

From beyond the arc, Providence has a shooting percentage of 34.3% while ranking 402nd in attempts per game. The Friars will be facing a Creighton defense that has a 3-point field goal shooting percentage allowed of 33.3%. Creighton enters the game having hit 30.7% of their looks from deep while averaging 6.7 made 3’s per game. On the other end, Providence has allowed opponents to hit 32.7% of their shots from beyond the arc.

This is one of those games that looks too good. I can see no reason to bet Creighton in this spot laying all those points. But the line keeps going up, and it’s not a public driving it. It is all sharp money. I don’t get the angle, or maybe it is some info they have that isn’t public yet. Either way, I’m not betting on the spread. I like the total. Both teams can put up some big numbers, but they also can play a little defense with both teams play defense. The Friars have allowed 69.5 points per game in conference games, and that is skewed by a double overtime 98 points allowed to Marquette. The Bluejays, on the other hand, allow 68.3 PPG in Big East games but just 61 in their three conference home games. Take the Under 145.5