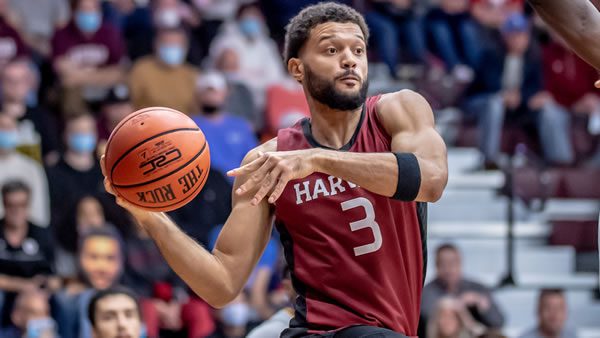 The 6-12 Columbia Lions visit the 10-7 Harvard Crimson in an early Saturday game at Lavietes Pavilion in Cambridge. The college basketball board has Harvard as a -13.5 favorite, with the total line offered up at 130 points. Tip-off for the game is scheduled for 1:00 PM ET, and you can watch the game on ESPN2.

The point spread line on this game opened with Harvard a substantial -15.5 favorite, but that has fallen to 13.5 at many of the sports betting sites we track. The total line opened as low as 126 points but has moved to 130 to 131, depending on where you place your bets.

Columbia lost to Penn in their last game by a score of 84-55. But because the Lions were +9 point underdogs, they finished with an ATS win. The combined 139 points did not surpass the 141 total line.

Harvard lost to Yale in their last game by a score of 58-54. But because the Crimson were +7.5 point underdogs, they finished with an ATS win. The combined 112 points did not surpass the 130.5 total line.

Columbia
Over their last five games, Columbia has a straight-up record of 2-3 while going 2-3 vs. the spread. Over this stretch, the Lions’ offense averages 58.0 points per game while hitting 34.3% of their shots from the field. On the defensive end of the floor, they have allowed opponents to shoot 41.3% from the field while allowing 66.2 points per contest.

Harvard
In their previous five contests, Harvard is 2-3 straight-up and 4-1 vs. the spread. In these five games, they have a scoring average of 63.6 points per game on a shooting percentage of 41.3%. Defensively, they allow teams to hit 43.7% of their shots while giving up 67.2 points per game.

How Does Columbia Fare On The Road?

For the season, the Lions have played seven road games and have a record of 1-6. In these contests, Columbia is 4-3 vs. the spread. Offensively, they have averaged 61.3 points per game on a shooting percentage of 38.5%. On defense, the Lions allow 73.1 points per contest when playing away from home. So far, opposing teams have a field goal percentage of 44.4% in these games.

How Does Harvard Fare At Home?

In their six games at home, Harvard has a 3-2 record vs. the spread while going 3-3 straight-up. On offense, the Crimson is shooting 46.7% on their home floor, leading to 64.8 points per game. Defensively, opponents are shooting 36.9% in these contests. The Harvard defense is allowing 64.2 points per game at home.

For the season, Columbia is averaging 67.4 points per game (317th) while posting an overall field goal percentage of 42.5%. In today’s game, they will be matched up against a Harvard defense that has allowed an average of 64.3 points per contest. This year, opponents have hit 38.9% of their shots vs. Harvard. On the other side, the Harvard Crimson are coming into the game averaging 71.5 points per game on a shooting percentage of 43.2%. The Crimson will be facing a defensive unit allowing an average of 70.1 points per contest. So far, teams have hit 42.4% of their shots vs. the Lions.

From beyond the arc, Columbia has a shooting percentage of 35.6% while ranking 395th in attempts per game. The Lions will be facing a Harvard defense that has a 3-point field goal shooting percentage allowed of 27.4%. Harvard enters the game having hit 32.9% of their looks from deep while averaging 8.5 made 3’s per game. On the other end, Columbia has allowed opponents to hit 34.1% of their shots from beyond the arc.

This game is a challenging game to handicap. Neither team scares the opposition with their offense, and while you can’t argue that Harvard plays the better defense, they also play down to the competition. In their last six wins over D1 schools, the margin of victory in five of those games was ten or fewer points beating Brown by 2, Maine by 1, UC Irvine by 5, Loyola-Chicago by 6, and Siena by 10. Take Columbia +13.5