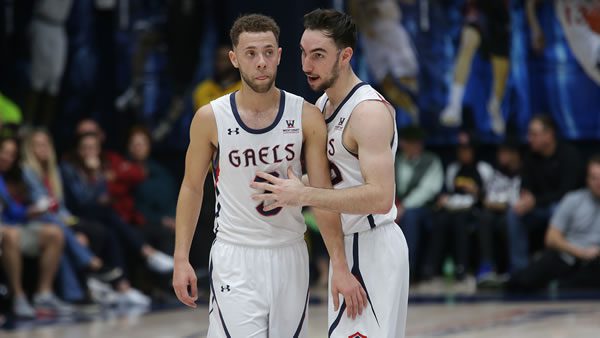 (Looking to tease this game? Get the best odds >>>)

Santa Clara
Santa Clara has no reported injuries at this time.

Saint Marys
St Marys has no reported injuries at this time.

The Saint Marys Gaels get set to host the Broncos with an overall record of 24-6. On the season, the Gaels have performed well in their 15 conference games, posting a record of 12-3. This mark is good for 2nd in the WCC. Like their opponent, the Gaels will look to get a crack at the WCC Championship game as they hope to add on to their current 4 game win streak.

For the season, the Santa Clara Broncos are averaging 78.3 points per game, good for a rank of 20th in the NCAA. When playing on the road or on neutral sites, the Broncos’ scoring average drops to 75.4. The team’s defensive performance also takes a hit when playing away from home, giving up an additional 1.0 points per game. On the other side, the Saint Marys Gaels are the 195th ranked scoring offense, averaging 69.4 points per game. Defensively, they have been one of the better teams in college basketball giving up just 60.1 points per contest.

Santa Clara comes into this matchup as the more efficient scoring team. In these games, the Broncos have a record of 21-8 on an average scoring margin of 13.0. Even though Saint Marys trails Santa Clara on the offensive end of the court, they enter this game holding the edge on defense. So far, the Gaels are 22-4 with an edge in defensive efficiency. In these games, they hold an average scoring margin of 11.0.

Both teams are playing well making a spread play a tough call. I think the scheduling favors the UNDER in this spot. Bet your Santa Clara/St. Mary’s pick and ALL your college hoops picks for FREE this week by taking advantage of a 100% REAL CASH bonus on your first deposit of $100 to $1000 at Betnow Sportsbook!