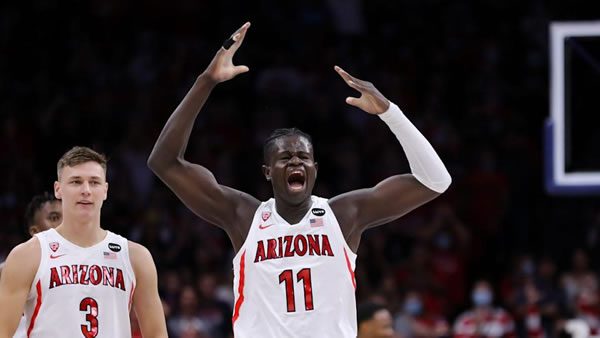 Arizona
Arizona has no reported injuries at this time.

The Stanford Cardinal come into this matchup with an overall record of 16-15. On the season, the Cardinal have struggled in Pac 12 action. Through 21 games, the Cardinal are 9th in the conference with a record of 9-12. Not only is Stanford struggling in the Pac 12, but they also have a below .500 record on the road, sitting at 6-10. In their past 5 contests, the team has gone just 1-4.

On the season, the Cardinal has been a balanced scoring unit, with 27.7% of their scoring coming from made three-pointers. Even though Arizona is only near the NCAA average in percentage of points from outside, it is still more than the Wildcats. So far, just 27.7% of their points are coming from three-point shots. In terms of efficiency, Arizona has been the more efficient team, connecting at a rate of 34.9%, compared to Stanford at 33.2%.

Yesterday’s come from behind win wasn’t something good Stanford did. It was bad play by Arizona State that got them the win. The Cardinal had shot around 37% from the field over their last five and had given up almost 50% from the field during that span. Those aren’t numbers that just disappear. I’m betting the Wildcats to squash the Cardinal! Question: Did you know that you could be betting for cheaper? Almost all sportsbooks charge the bettor -110 odds on sides and totals. Did you know that you could be laying only -105 at BetanySports? It doesn’t sound like much, but if you take a couple minutes to pencil out how much you’d have saved over the past year the numbers are astronomical! Be smart! Make the switch to reduced juice betting today! You’ll be SO glad you did! (Note: You must choose reduced juice over instead of the signup bonus when you sign up there). Click here to start saving big bucks TODAY!