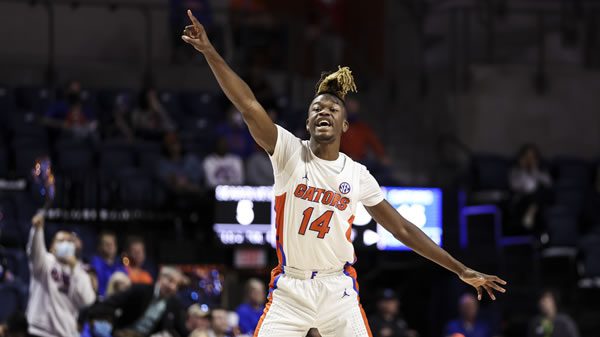 Texas A&M picked up a victory over Prairie View A&M by a score of 86-66. Heading into the game, the Aggies were favored to win, with a point spread of -18. The combined 152 points finished above the 140 total line.

Florida lost to Auburn in their last game by a score of 61-58. But because the Gators were +5.5 point underdogs, they finished with an ATS win. The combined 119 points did not surpass the 140 total line.

Texas A&M
Over their last five games, Texas A&M has a straight-up record of 3-2 while going 3-2 vs. the spread. Over this stretch, the Aggies offense averages 72.6 points per game while hitting 44.8% of their shots from the field. On the defensive end of the floor, they have allowed opponents to shoot 40.7% from the field while allowing 64.4 points per contest.

Florida
In their previous five contests, Florida is 2-3 straight-up and 3-2 vs. the spread. In these five games, they have a scoring average of 67.2 points per game on a shooting percentage of 41.6%. Defensively, they allow teams to hit 38.8% of their shots while giving up 59.4 points per game.

This season, the combined power rating of Texas A&M’s opponents comes in at 75. On the other side, Florida’s combined opponent power rating is 76.1.

How Does Texas A&M Fare On The Road?

For the season, the Aggies have played three road games and have a record of 2-1. In these contests, Texas A&M is 3-0 vs. the spread. Offensively, they have averaged 76.0 points per game on a shooting percentage of 42.8%. On defense, the Aggies allow 66.7 points per contest when playing away from home. So far, opposing teams have a field goal percentage of 43.8% in these games.

How Does Florida Fare At Home?

In their seven games at home, Florida has a 4-3 record vs. the spread while going 5-2 straight-up. On offense, the Gators are shooting 48.8% on their home floor, leading to 81.3 points per game. Defensively, opponents are shooting 40.2% in these contests. The Florida defense is allowing 65.0 points per game at home.

For the season, Texas A&M is averaging 72.8 points per game (152nd) while posting an overall field goal percentage of 44.3%. In today’s game, they will be matched up against a Florida defense that has allowed an average of 66.7 points per contest. This year, opponents have hit 40.8% of their shots vs. Florida. On the other side, the Florida Gators are coming into the game averaging 70.8 points per game on a shooting percentage of 42.8%. The Gators will be facing a defensive unit allowing an average of 68.6 points per contest. So far, teams have hit 41.5% of their shots vs. the Aggies.

From beyond the arc, Texas A&M has a shooting percentage of 33.6% while ranking 463rd in attempts per game. The Aggies will be facing a Florida defense that has a 3-point field goal shooting percentage allowed of 34.3%. Florida enters the game, having hit 30.7% of their looks from deep while averaging 8.0 made 3’s per game. On the other end, Texas A&M has allowed opponents to hit 36.0% of their shots from beyond the arc.

Florida may win this game, but they have failed to get the W in every test against a quality opponent, and while Texas A&M may not reach that level in some bettor’s minds, they did play with a lot of energy on the road at Memphis, and they have covered the number in all three road games. I expect more of the same tonight. Take the Aggies +6