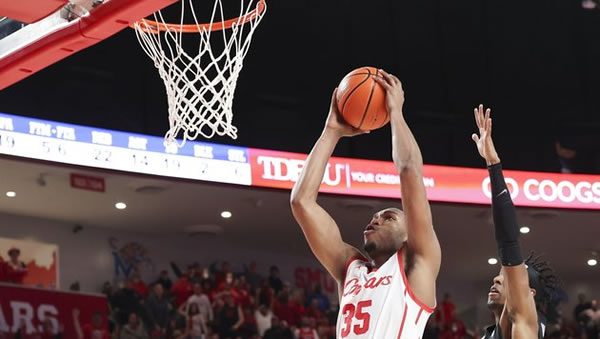 The Houston Cougars get set to host the Blazers with an overall record of 29-5. On the season, the Cougars have performed well in their 13 non-conference games, posting a record of 11-2. In addition to their strong non-conference record, Houston has also been tough when playing at neutral sites, going 7-1. Heading into this matchup, the Cougars are looking to pick up their 4 straight win.

For the season, the UAB Blazers are averaging 79.4 points per game, good for a rank of 13th in the NCAA. Defensively, the team allows an average of 67.6 points per contest (120th). On the other side, the Houston Cougars are the 42nd ranked scoring offense, averaging 75.8 points per game while allowing just 58.9.

For the year, the Blazers are well below the NCAA average in percentage of points from made three-point shots, sitting at just 29.5%. On the other side, the Cougars have been a very balanced scoring unit, with 31.7% of their scoring coming from downtown. In terms of efficiency, UAB has been the more efficient team, connecting at a rate of 38.3%, compared to Houston at 34.1%.

These teams are really exciting to watch. Houston gets the edge here though, as they play much better defense and don’t have letdowns like UAB does. I’m betting Houston to win by 10 points here.