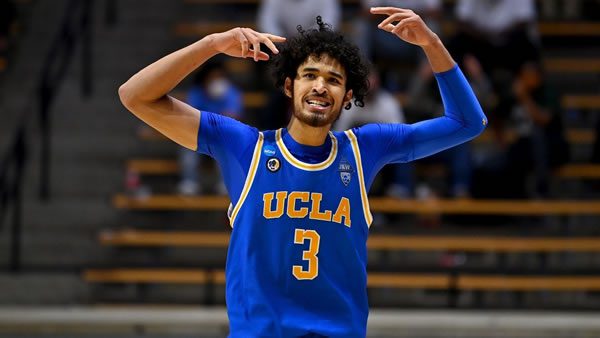 How much has changed in a week? Arizona wasn’t close against UCLA when the teams met at Pauley Pavilion, and now the Wildcats get to try to even the score against the Bruins at home. The Wildcats lost by 16 in the first meeting, yet they’re favorites here because the thinking is that the way they lost the first meeting with the Bruins isn’t going to replicate itself.

In that game, the Wildcats dominated on the glass but couldn’t get the job done as far as making shots. But there’s a bit of a sign for concern in there for UCLA: Arizona took 75 shots in that game in Los Angeles. The big question is, how much of the Wildcats’ struggles were because of the Bruins’ defense, and how much were because it was just a bad night for them? If it’s the former, UCLA is in great shape to not only cover the seven but win the game outright. If it’s the latter, however, Arizona won’t have any problems this time around.

Mick Cronin made his living as a defensive coach, and the UCLA defense has been tenacious as of late. Since losing at home in overtime to Oregon, UCLA hasn’t allowed anyone to top 65 points and has held eight of its last ten opponents below that number. In their recent win over Stanford, they did it by contesting shots all over the court, leading the Cardinal to shoot just 27% from the floor and 15% from behind the arc.

UCLA has been a team that has mostly stepped up when facing tough competition, but the Bruins might not be able to sustain what they did in Los Angeles this time around. The Bruins aren’t very big inside, and Arizona pounded them with 21 offensive rebounds compared to just four from UCLA. If the Bruins are only getting one shot per trip, that means Jaime Jaquez and Johnny Juzang both have to be accurate with their shooting again.

Looking at the numbers, Arizona had no business losing the first game. The reason the Wildcats did lose was that Bennedict Mathurin and Kerr Kriisa shot a combined 5-for-32 from the floor and just 16 points (all from Mathurin). Part of that has to be attributed to the Bruins’ defense, but it’s still pretty unlikely that repeats itself this time.
Arizona is at its best when it’s getting rebounds and getting extra possessions, and the Wildcats did that in Los Angeles.

As long as Arizona is shooting the ball with even close to normal accuracy, it’s going to have a much easier time this time around. One thing the Wildcats might want to try this time is getting the ball down low and hammering at the paint. Arizona has a considerable edge in height, and if the Wildcats can attack down low instead of settling for 3-point attempts, they have a much better chance to get the win.

UCLA will Cover If: The Bruins can make their shots again. UCLA shot 50 percent at home last time, and that usually doesn’t happen against Arizona’s defense. The Bruins have to once again find the holes in their opponent’s setup and exploit them throughout the contest. The problem is that consistency is not something that describes the UCLA offense well, and they have been known to go into nosedives.

I don’t see Arizona scoring 59 points again, but this number means the Bruins have to score too. I don’t really see that happening this time around; I think Arizona’s defense comes out to prove a point.

Arizona should not have lost the first time around, and I think the -7 line actually makes a lot of sense. UCLA isn’t as good at shooting as it showed in Los Angeles and Arizona isn’t that bad. If the teams play their normal games, Arizona will win and likely do so by multiple possessions.

I think the Wildcats turn the tables here. Give me Arizona. Bet your NCAA basketball predictions for FREE this week by taking advantage of a 100% real cash bonus on your first deposit of $100 to $300 at MyBookie Sportsbook! (Must enter bonus code PREDICT100 to receive the special bonus!)