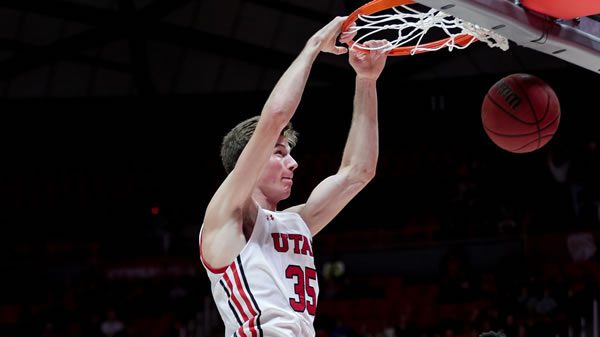 This is the classic trap game for the Utes, as they close out 2021 with the first half of the Oregon swing through the Pac-12. The key here for Utah is not to get caught looking ahead to facing Oregon because the Beavers are more talented than their record suggests and actually shoot better than the Utes do.
However, Oregon State seems to be suffering from a bit of what plagued Jim Valvano’s teams at N.C. State in the 1980s: after getting almost everything to go their way during a magical run a year ago that culminated in the Beavers reaching the Elite Eight, things have turned in the wrong direction. Oregon State has suffered through some close losses, losses that should have been wins, and a few straight blowouts to accumulate ten losses before the calendar has even flipped to 2022. There’s not been a lot to like here with the Beavers, but given what they accomplished a year ago, betting against them still feels dangerous.

Don’t read too much into the loss to Missouri, even though that was a pretty bad mark on Utah’s resume. The Utes played that game at far less than full strength because of COVID protocols, and this team is a lot better than what it showed in Columbia. That said, the Utes are still a young team that’s figuring out which pieces go where, and they depend heavily on their defense. The Utes are 8-0 this season when the opponent doesn’t break 70 points and 0-4 when they do, which only underscores just how dependent Utah is on stopping the ball.

The work has paid off in one critical area: Utah ranks fourth in the nation at defending the 3-pointer, something Oregon State used pretty well last season. But defending the three is only useful when you can corral the rebound, and with Branden Carlson questionable after COVID protocols, Utah might not be as strong on the glass as usual.

If the Beavers could establish any consistency, they’d be dangerous. Unfortunately for Wayne Tinkle’s crew, Jarod Lucas is about the only one in orange and black playing with any type of consistency. None of the other Beavers shoot above 33.3 percent from behind the arc, and although Warith Alatishe has produced a 21-point showing against California, he also combined for just 11 points against Texas A&M and Cal-Davis.
The Beavers’ other big problems are that they don’t make good decisions with the basketball, and they don’t rebound the ball all that well. Oregon State ranks 322nd in the nation in rebounds, averaging just 32.3 per game. With nobody really directly responsible for the boards, second-chance points are all too common against the Beavers.

Utah will Cover If: The Utes are able to get second chances in the interior. If Carlson is able to play, the Utes will have a ton of chances inside to get easy baskets and offset their shooting disadvantages. Oregon State is not a deep-shooting team, so the Utes shouldn’t have to worry too much about the 3 in this one. As long as they can rebound, they’ll be fine.

This total seems too high to me. Neither team is all that great on offense, and Utah doesn’t want to get into a running game anyway. The under holds a lot of promise here.

I wouldn’t make this bet until they announce the starting lineups because I want to know that Carlson is going to play before I back Utah in this one. I think Utah can get by without him if they have to because Oregon State has been so poor this season, but the Beavers have a chance if they can hold their own on the glass.

They can’t do that if Carlson plays, so if he’s on the floor, I want Utah. If not, I’ll take Oregon State and the points. Bet your Utah vs. Oregon State pick and ALL your college basketball predictions for FREE this week by taking advantage of a 100% REAL CASH bonus on your first deposit of $100 to $300 at MyBookie Sportsbook! (Must sign up through our link and use bonus code PREDICT100 when registering).