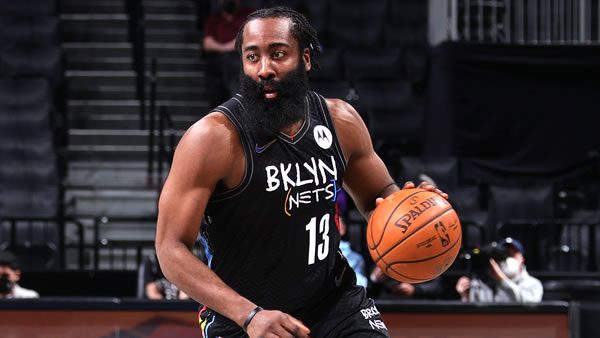 The Philadelphia 76ers enter today’s game, having won 2 straight games. In their past ten contests, the 76ers have played at a .500 basketball, going 5-5. As the road team, Philadelphia travels to Brooklyn with a negative plus-minus of rating -0.6 points. Overall, the 76ers are ranked 16th among NBA teams in point differential (5.9). Among NBA teams, they have played the 3rd toughest schedule.

For bettors, taking the Philadelphia 76ers to cover the spread has been a losing bet as they have covered in 44.10% of their games. Their season-long plus-minus against the spread is -1.0.

On offense, the team’s leading scorer is C Joel Embiid. So far, Embiid is averaging 25.96 points per game, placing him first among centers. The 76ers’ best three-point shooter has been Seth Curry, connecting on 2.16 shots from downtown per game. Andre Drummond has been in charge of cleaning up the glass, hauling in 9.34 boards per game.

The Brooklyn Nets enter today’s game, having won 2 straight games.
In their past ten contests, the Nets have played at an above .500 rate, going 7-3. This mark has come despite missing several key players due to COVID and injuries. As they get set to host the 76ers, Brooklyn has a positive home plus-minus of 1.4 points. Overall the Nets are ranked 6th among NBA teams in point differential (4.8). So far, the team has played the 5th easiest schedule.

For bettors, taking the Brooklyn Nets to cover the spread has been a losing bet as they have covered in 45.20% of their games. Their season-long plus-minus against the spread is -0.7.

On offense, the team’s leading scorer is SF Kevin Durant. So far, Durant is averaging 29.74 points per game. The Nets’ best three-point shooter has been Patty Mills, connecting on 3.41 shots from downtown per game. From the guard position, James Harden is Brooklyn’s top rebounder at 8.0 boards per game.

Heading into the game, the Philadelphia 76ers are the 2nd slowest-paced team in the NBA. So far, the team is averaging just 95 possessions per game. Their slow tempo is most evident in their average three-point attempts. Through 34 games, Philly takes just 31.5 shots from downtown per game. On the other side, Brooklyn ranks 7th in possessions per contest, at 99.5. Like their opponent, they sit in the bottom third of the league in three-point attempts. So far, the Nets have shown a knack to get to the free-throw line, averaging 21 attempts per game.

Tonights game between the Nets and 76ers will be their 2nd meeting of the season with Brooklyn already notching 2 wins.

65% are betting the Nets against the spread.

The story surrounding tonight’s game will be all about the Nets returning to full strength. Brooklyn will look forward to getting Kevin Durant and LaMarcus Aldridge back on the court after missing time on the Health And Safety Protocols List. Even though Kyrie Irving has also been re-instated from the list, he won’t be available for tonight’s matchup as it is being played in Brooklyn. However, look for the Nets to take care of business at home in a win that also covers the 4.5 point spread.

My favorite prop bet of the night is to take James Harden to come away with a double-double. Without Durant on the court, Harden really stepped up his scoring, finishing with 39 and 36 points in his past two games. Look for him to resume his role as a distributor with Durant returning to action. Bet your Sixers/Nets pick and all your NBA bets this week for FREE by taking advantage of a 100% REAL CASH bonus on your first deposit of $100 to $500 at GTBets Sportsbook!