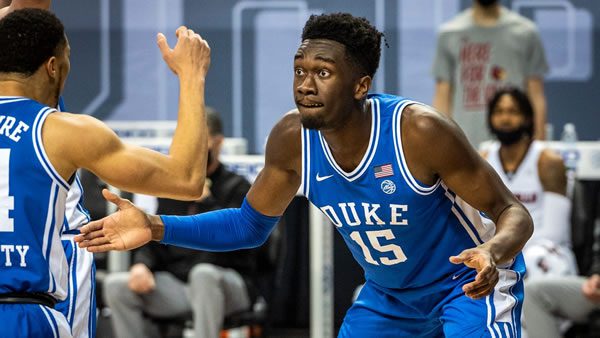 Is Virginia improving, or have the Cavaliers just been going through the right part of their schedule at the right time? Tony Bennett’s teams usually do get better as the year progresses, but this is easily his weakest team in years, and Virginia, even though it sits in sixth in the ACC, is going to need a lot to go its way to even have a chance at the NCAA tournament. Beating Duke on the road is basically Virginia’s last shot at getting a signature win outside of Charlottesville. Without this one, UVA is basically thinking either win the ACC tournament or play in the NIT.

The problem is that Duke is playing incredibly well right now and has a genuine chance at landing a No. 1 or No. 2 seed if the Blue Devils keep up their performances. Duke looked like it’s playing on another level from the rest of the ACC when it routed North Carolina in a game that was a blowout from the opening minute. With how Virginia has looked on the road this season and how it doesn’t play defense anywhere near as well as it did in years past, this has the potential to be a similar outcome.

When you shoot 60 percent from the field, you’re going to win a lot of games. The problem for Virginia is that’s probably not something that the Cavaliers can replicate. First, Virginia had just about everything go in against Miami, which still doesn’t really know how to play against the Cavaliers (the Hurricanes have lost five straight to Virginia) even without the core of Virginia’s championship squad. Second, Virginia just isn’t a great shooting team on most nights. Of the four main Cavalier starters, Jayden Gardner is the only one shooting above 50 percent from the field.

That brings me to another point: Virginia is not deep. The Cavaliers don’t really need to be deep most of the time because their patient style of basketball doesn’t wear itself out, but that might not work against Duke. The Blue Devils can run very well, and Virginia has had its share of problems trying to stop Duke’s attack over the years. This is the one team in the ACC that hasn’t really been frustrated by the Cavaliers’ defense, as only once has Virginia held Duke under 60 points in the past 12 meetings between the schools.

When Duke is able to play at its pace and force a team to settle for long shots the way it did to North Carolina, the Blue Devils are close to impossible to defeat. Duke was clearly ready to play against Carolina, and the Blue Devils played like a team on a mission in routing their greatest rival (and disproving Jay Bilas’ claim that Duke-Carolina always delivers because the only thing it delivered Saturday was a blowout.)

Duke runs into problems because it occasionally toys with its opponent because it’s such a young team. The Blue Devils don’t really have that wise old head on the floor who can get them to finish the job against middling squads, which can lead to Duke opening the back door. Having Paolo Banchero and Mark Williams gives Duke a huge edge in the interior, but when the Blue Devils let their foot off the gas, they can be vulnerable.

Virginia will Cover If: The Cavaliers can frustrate Duke and keep the ball out of Banchero’s hands. Virginia doesn’t have a great option if Banchero gets the ball down low, as the Cavaliers don’t have anywhere near his size in the paint and don’t rebound well. The way to win this game is to keep the Duke guards from getting him the ball.

Duke will Cover If: The Blue Devils can get through the pack-line defense and either take control on the first or second shot. Duke has a considerable edge on the glass and should be able to pound away at Virginia over the course of 40 minutes.

When Virginia comes up against Duke, the Cavaliers nearly always get sped up and have to play faster than they want to play. I don’t know if Virginia can score with the Blue Devils, but I do know that the Cavaliers haven’t had much luck trying to slow Duke down with better defenses than this one. That means Duke over 70.5 holds a lot of promise.

My concern is that Duke gets disinterested and allows Virginia to hang around longer than it should. But if Duke plays its game from start to finish, this spread should be very manageable. The Cavaliers just don’t have the personnel to deal with Duke this year. Give me the Blue Devils. Bet your Cavaliers/Blue Devils pick and ALL your college basketball predictions for FREE this week by taking advantage of a 100% REAL CASH bonus on your first deposit of $100 to $1000 at Betnow Sportsbook!