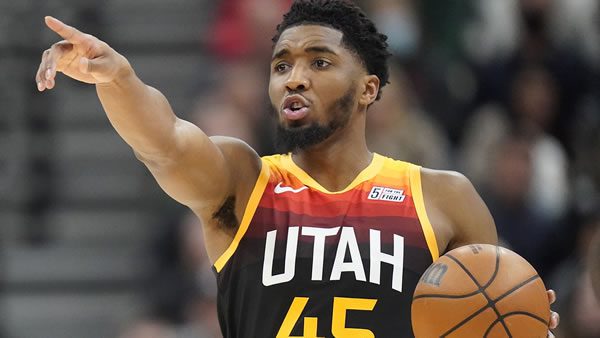 The New York Knicks enter today’s game, having lost two straight games. As of late, the Knicks have struggled to pick up wins, having won just two of their past ten games. As the road team, New York travels to Utah with a negative plus-minus of rating -1.5 points. Overall, the Knicks are ranked 19th among NBA teams in point differential (1.7). Among NBA teams, they have played the 23rd toughest schedule.

Heading into the game, New York has put together an ATS record of 25-28. Their season-long plus-minus against the spread is -1.7.

On offense, the team’s leading scorer is PF Julius Randle, who is averaging 18.73 points per game while grabbing ten rebounds. The Knicks’ best three-point shooter has been Evan Fournier, connecting on 2.86 shots from downtown per game at a rate of 40%.

The Utah Jazz enter today’s game, having won two straight games. This winning streak is a welcome sign as they have just three wins over their past ten games. This has come while playing the 13th toughest schedule. As they get set to host the Knicks, Utah has a positive home plus-minus of 6.7 points. Overall the Jazz is ranked 3rd among NBA teams in point differential (7.9).

In terms of betting, the Jazz are below .500 against the spread, holding a record of 22-30-1. This mark includes covering the spread just twice over their past ten games.

On offense, the team’s leading scorer is SG Donovan Mitchell. So far, Mitchell is averaging 25.54 points per game. Mitchell also leads the team in three-point shooting, knocking down 3.3 threes per game. In tonight’s matchup, they will be without the inside presence of Rudy Gobert, with his average of 15 rebounds and 16 points.

Tonight’s matchup between New York and Utah features two of the slowest-paced teams in the NBA. So far, the Knicks are ranked 26th in field-goal attempts per game, with Utah at 25th. However, each unit has no problem getting up shots from deep, both in the top 10 in three-point shot attempts.

The key matchup to watch in this game is if New York will adjust its game plan to take advantage of Utah not having Rudy Gobert. So far, the Knicks have scored the fewest paint points in the NBA. However, with the Jazz missing their top shot-blocker and rebounder, New York may look to attack the basket at a higher rate.

Tonight’s matchup between New York and Utah will be their first meeting of the season. Last year, each team picked up a win on their home court.

How the Public is Betting the Knicks vs. Jazz

55% are betting the Raptors against the spread.

Heading into this game, the Utah Jazz appearS to have gotten back on track after their recent skid dropped them to 4th in the Western Conference. However, with a point spread sitting at -7.5, I like the Knicks to cover the spread. Not having the inside presence of Rudy Gobert will help New York pick up some easy points from offensive rebounds. Look for the Knicks to make this a close game on the road.

My favorite prop bet of the night is to take Julius Randle to go over his prop of 18.5 points. On the season, Randle has surpassed this line in 47% of his game. However, the Knicks big man is at his best when getting to the basket. Look for Randle to pick up some easy buckets from offensive rebounds as well getting his fair share of free throws. Bet your Knicks/Jazz prediction and ALL your NBA picks for FREE this week by taking advantage of a 100% REAL CASH bonus on your first deposit of $100 to $1000 at Betnow Sportsbook!