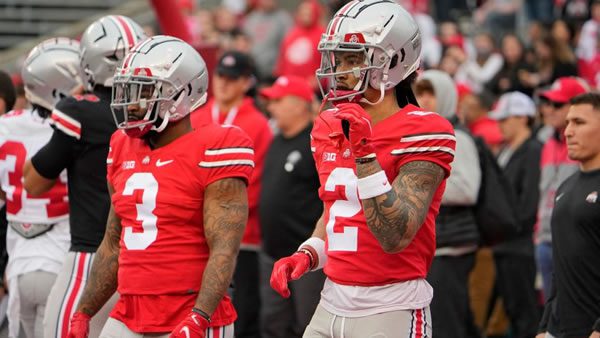 After a great start to the season against a weak Grambling opponent, Arkansas State is now in with the big boys as the Red Wolves travel to Columbus to face an Ohio State team that should be ready to put up points after struggling with Notre Dame’s defense. The Red Wolves had an easy time with the Tigers, but they have not played in a bowl game since 2019, when Blake Anderson was in Jonesboro. Under Butch Jones, Arkansas State sunk to the bottom of the Sun Belt and won just two games last season. They held the Tigers to just 102 yards last week, but Ohio State is likely to get that on its first two drives of the game.
The Buckeyes should be able to get rolling on this defense, given that they put up almost 400 yards against Notre Dame a week ago. The biggest thing the Buckeyes have to do is actually finish drives, which shouldn’t be that much of a problem this time around. Notre Dame is a defense-oriented team that rarely gives up big plays; Arkansas State allowed six different teams to hit 40 points or more last season and hasn’t really shown any signs of getting better on that side of the ball.

How the Public is Betting the Arkansas State/Ohio State Game

The public has backed Ohio State, but the pros think that these numbers might be a little bit too inflated for even the Buckeyes. Even though 70% of the tickets are on Ohio State, the spread has dropped from -44 to -43.5. The total is unchanged at 68.5.

James Blackman has the job all to himself now that Layne Hatcher transferred to Texas State, and so far, he’s shown that the Red Wolves made the right decision. Blackman has been accurate with his passes in previous seasons and completed 20 of his 26 passes against Grambling a week ago, which led to him coming out of the game early because the Red Wolves had done enough to put the game to bed early.
In the passing attack, Champ Flemings draws the most attention, catching seven balls for 122 yards and a score last week. He was one of just two receivers to catch more than one pass last week, which shows just how thoroughly Arkansas State unloaded its bench a week ago. The ground game was effective against Grambling and averaged six yards per carry, but that isn’t going to repeat itself this time around.

The big question here is whether Ohio State chooses to try to work out the kinks from the Notre Dame game or try to get the kinks out before facing a decent Toledo team the week later. If the Buckeyes choose to put the pressure on, this will get really ugly in a hurry. If not, this could be a tough ask to cover because of just how high the spread is.
If the Buckeyes choose to push it, C.J. Stroud is likely to toss the ball around all over the Red Wolves’ defense and get both Emeka Egbuka and Marvin Harrison Jr. involved. However, with Jaxon Smith-Njigba dealing with injuries, Ohio State might choose to focus on the ground game and let TreVeyon Henderson and Miyan Williams gash the defense. The truth is that anything Ohio State tries is likely to work in this situation; the only question is how many points the Buckeyes feel are necessary to make their point and get ready for Big Ten action.

Ohio State tends to be a bad bet to cover in nonconference play because the Buckeyes face such inflated spreads that they’re often unable to cover the number without running up the score on their opposition. Arkansas State, as bad as it’s been on the field, has covered in eight of its past nine non-conference games and usually doesn’t get the job done on offense in these situations. The Red Wolves have played to the under in seven of their past eight games, largely because the offense hasn’t done its job. However, Ohio State could reasonably approach the number without much help from Arkansas State, making that a dangerous play.

The weather might be a problem later in the day, but in the game window, there shouldn’t be that much of an issue. Temperatures will hit 79 degrees at kickoff with winds at six miles per hour. A storm will be coming in the afternoon, but the game should be over by then.

It’s going to be a tough task for Ohio State to hit this number. The Buckeyes have the talent to blast Arkansas State by as much as they want, but they likely aren’t going to put the pedal down for a full four quarters in this game.
For me, the best bet on the board is Ohio State TTO 55.5, as I think the Buckeyes can put up some huge numbers in this contest. The question is whether the Red Wolves do anything to put up points and make the number cash. If I have to make a spread bet, I’ll go with Arkansas State to do just enough for the backdoor cover.

Boost your bankroll with a 125% real cash bonus up to $400 at one of the web’s best sportsbooks when you use bonus code PREDICTEM at GTBets Sportsbook! This awesome betting shop also offers you a free half point every time you bet your favorite NFL, college football, NBA and college basketball team! Lastly, they also offer a sweet player rewards program where you accrue points everytime you bet that are redeemable for free wagers! A must have in your football betting arsenal!