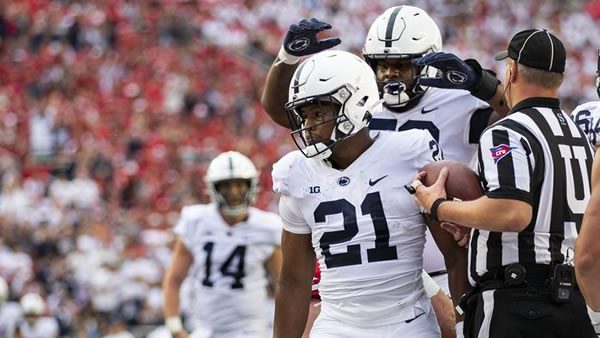 This is a chance for both teams to make a statement with an early non-conference win over a powerful opponent, as both Auburn and Penn State have started well and look like they’ll be in the mix for the conference title in their respective leagues. That’s especially true in Penn State’s case, as Ohio State losing to Oregon has opened the door for Penn State to take control of the Big Ten and possibly earn its way into the playoff.

Auburn hasn’t played against any tough competition yet, as it’s seen an FCS opponent and Akron, the latter of whom is one of the worst teams in FBS. But the Tigers have shown themselves to be a team that rises to the occasion time and time again, and getting a win on the road in one of the toughest places to win in the Big Ten would serve as notice to the SEC West that Auburn is going to be a factor in the race. With Alabama, Texas A&M, and now Mississippi already announcing themselves in that race, Auburn really needs to make a statement of its own, and this offers the perfect opportunity for the Tigers to do exactly that.

How the Public is Betting the Auburn/Penn State Game

The public is leaning in Auburn’s direction, as the spread has come down slightly from -6.5 to -6 for Penn State, with 60% of tickets coming in on the Tigers. The total hasn’t been affected; it’s held firm at 53.

So far, Bo Nix has done what he’s needed to do with the football, but he also has had the luxury of facing off against Akron and Alabama State. Neither the Zips nor the Hornets were ever going to cause many issues for Nix, who has always been a talented quarterback but hasn’t always made the best decisions with the ball.

Now the difficulty curve has spiked in a big way, as he’s up against a nasty Penn State defense that shut down Wisconsin and Ball State in the first two weeks. The latter might not sound impressive to casual fans, but the Cardinals are the defending MAC champions and have moved the ball pretty well on most teams. The Badgers never got started against Penn State, as “Linebacker U” once again has lived up to the hype.
To neutralize the defense, Auburn needs Tank Bigsby and Jarquez Hunter to get going on the ground. They had no problems doing that in the opener with Akron, but they’ll likely find the going much more challenging this week. If the Tigers can get enough going on the ground, Nix should be able to find time to attack the Penn State defense. If not, the Nittany Lions will likely pressure him into mistakes

We already knew from the Wisconsin game that Penn State could shut down opponents. The win over Ball State showed that the Nittany Lions can move the ball too, as they rode Sean Clifford and a lot of running plays to a rout of the Cardinals. Penn State was committed to the ground against Ball State, in large part because the Nittany Lions knew the best way to keep the Cardinals’ offense from hurting them was to keep them on the sidelines. Keyvone Lee seems the more effective running back, but Noah Cain got the bulk of the carries against Ball State.

This says that Penn State will commit to the ground game for as long as it can, which can frustrate opponents because the Nittany Lions will do just enough to keep drives sustained. Clifford makes intelligent decisions with the football, and Jahan Dotson and Parker Washington provide solid targets for the Nittany Lions when they do opt to take to the air.

For all the jokes about how the SEC is so much stronger than the Big Ten, it’s not the case when Auburn is involved. The Tigers are just 1-5 ATS in their past six games against Big Ten opponents, largely because those matchups usually take place in bowl games, where Auburn is notorious for failing to get the job done. Where Auburn usually does get the job done is in September, as the Tigers have covered in their past seven contests in September.

But Penn State is also pretty effective in September, covering eight of its past nine games in that month. The Nittany Lions also know how to handle the pressure of being the favorite; they’ve covered in five straight when giving points. However, in non-conference games, Penn State hasn’t exactly locked down on defense: the over has cashed in nine of the Nittany Lions’ past 11 non-conference contests. On the other hand, Auburn tends not to bring its offense on the road; the Tigers have played under in six of their past seven games outside the Jungle.

Television has created the perfect atmosphere in Happy Valley weather-wise. An early storm should be out of the way by kickoff, leaving temperatures in the mid-60s and mild, clear conditions for kickoff.

Penn State has already shown it can handle facing a talented opponent in Wisconsin, and Auburn hasn’t exactly prepared itself to face this kind of defense by going up against two weak opponents to start the season. The line moving down is a bit of a gift; this might be the perfect game to wait on and see if you can get Penn State covering at -5 or even -4.5. But even if you have to settle for -6, you should be fine here. I like the Nittany Lions. Question: Did you know that you could be laying -105 odds on your football bets instead of the more expensive -110 your bookie is socking you? In doing so, you’d save hundreds (if not thousands) of dollars per year! Be smart! Make the switch to reduced juice sports betting at BetAnySports!