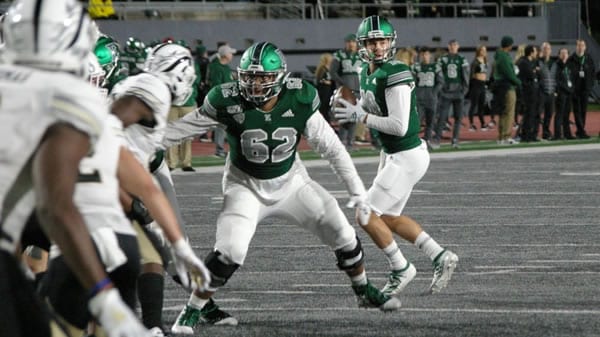 Ball State believes it’s on the verge of a breakthrough, and a large part of that is because of the Cardinals’ potent offense. Ball State actually had the strongest offense in the MAC a season ago, and everyone who mattered off that team is back for 2020, which led to the Cardinals putting up a boatload of points last season. But the defense was a real issue for Ball State this year, and if they can’t get some stops down the stretch, they’re going to be looking at a lot of shootouts that don’t end up with any real results.

Eastern Michigan has gotten results over the past two seasons, but just barely. The Eagles have qualified for a bowl in each of the past two seasons, and while bowl eligibility isn’t a thing in 2020, the Eagles would love to earn a winning record for the third consecutive season. Their main concern is getting their defense back on track and finding a running game that can keep the ball in their hands in a wide-open league. The Eagles took a big step forward on the defensive side of the ball, but the running game couldn’t even be called a work in progress after its first showing. Can Eastern overcome its shortcomings to get its third straight victory in Muncie?

How the Public is Betting the Eastern Michigan/Ball State Game

Something in Ball State’s opening performance must have impressed the public because 67 percent of the tickets have come in on the Cardinals. The line has acted in kind, bumping up from -8 to -8.5 and taking the total with it from 58.5 to 59.

When a team is forced to give up on the ground game while only giving its top running back nine carries, that’s a really bad sign. The reality is that Eastern’s ground game is a mess, and the numbers actually look better than they were. The Eagles averaged just 1.9 yards per carry against Kent State, and 34 of their 61 yards came on one carry from Darius Boone Jr. Without that carry, the Eagles would have gained less than a yard per carry, and none of their three backs was all that effective outside of that one gain.

What was effective was Preston Hutchinson throwing the ball and finding Hassan Beydoun. Beydoun ended up with nine catches for 112 yards and set up the Eagles’ offense when the ground game wasn’t getting the job done at all. However, Hutchinson struggled a bit with his accuracy, finishing with two interceptions and completing just 60 percent of his passes. Without a running game at his disposal, there’s a lot of pressure on Hutchinson, which could work against the Eagles in a game where they’ve got to score many points to win.

That said, the lack of a ground game doesn’t hurt the Eagles in the red zone. Eastern Michigan has an excellent weapon at the goal line, tight end Thomas Odukoya, who has two catches this year and two touchdowns.

Ball State knows what it has to do to get a result: score, score, and score some more. Drew Plitt has developed into a solid, veteran passer who torched Miami-Ohio for 309 passing yards and pushed the favored RedHawks to the end. Given that Miami is the favorite in the Eastern Division (as well as the defending MAC champion), that’s a sign that Ball State’s offense can compete with anyone. In fact, it was likely a better showing than last year, when the Cardinals actually beat the RedHawks, because Ball State didn’t get much help from the Miami offense beating itself.

Instead, they had to rely on Caleb Huntley’s ground game, and that’s precisely the way that the Cardinals like it. Huntley got 21 carries for 130 yards and two scores against Miami, and if Ball State has its way, he’ll have a similar workload against Eastern. Given that the Eagles proved utterly unable to stop Kent State on the ground last week, there’s a lot of promise for Huntley to have a huge game.

If the Eagles can stop Huntley, the Cardinals have other weapons available. Justin Hall and Antwan Davis both topped 100 receiving yards against Miami, and Yo’Heinz Tyler ended up with eight catches in the defeat, establishing himself as more of a possession receiver.

Wednesday night MACtion hasn’t really been kind to Ball State, as the Cardinals have failed to cover in six of their past seven games on Wednesday night. Nor has Ball State been able to get the job done when they’ve been expected to win, as the Cardinals have failed to cover in four of their past five games as a favorite. But what the Cardinals have done is score a lot of points at Schuemann Stadium, hitting the over in all five home games they played a season ago. That’s held in their past five meetings at home with Eastern, as all of them managed to hit the total, and nine of the last 11 meetings overall have seen the over cash.

The temperature will drop in the Midwest on Wednesday night, but unlike their Western Division brethren, Ball State will see the temperatures stay above freezing. Temperatures in Muncie should remain in the high 30s, with the wind blowing north-northeast at four miles per hour.

Eastern’s comeback against Kent State leads me to believe this will be a closer game than people might expect. The Eagles can pass, and I can’t see this Ball State defense holding the score down. Personally, I feel most comfortable taking these teams to put up a lot of points and hit the over, and I’d grab 59 points before the number gets higher than that.

As for the game itself, I think there’s a lot to like about taking the Eagles and the points here, as I think Ball State wins this game by one score or less. I’ll take Eastern and the points for the cover here.