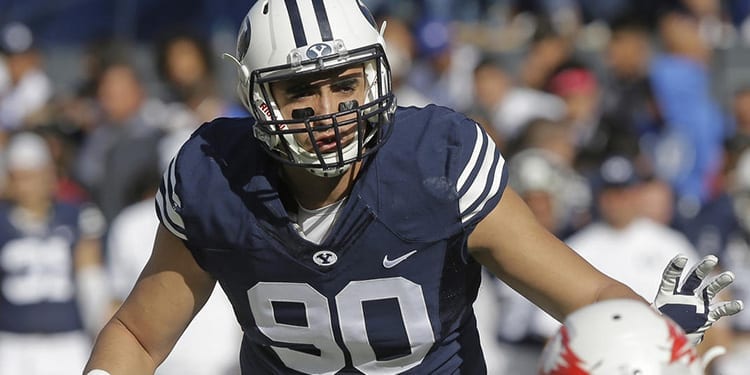 I’m taking the points when the 3-1 BYU Cougars come into Husky Stadium to take on the favored Washington Huskies on Saturday. BYU has shown a lot of moxie this season en route to a 3-1 mark both SU and ATS. They will have their hands full with one of the main powers from the west in the Huskies, but we feel 17 points exceeds the true margin that Washington is superior. Let’s break down the BYU-Washington matchup on Saturday.

Under former alum Kalane Sitake, The BYU Cougars have shaken off some recent woes, reclaiming their role as appealing darkhorses. QB Tanner Mangum helped lead BYU in a similar role back in 2015 and he’s back for one final go-around. A three-point loss to Cal is overshadowed by a big week one road-win over Arizona, followed by a cataclysmic upset at Wisconsin. In those two wins alone, the spread was off by a combined 43 points. A gutty, overachieving, heartfelt team, BYU has proven their mettle over the first four games. A road-spot in Seattle, however, looms as a daunting task.

I like what’s going on at BYU. They seem to really have a sense of brotherhood there, with an Islander head coach who relates well to the team and their shared observances. They have a core on both sides of the ball that have been together for a while and been through a lot of football and off-field stuff as a unit. That alone isn’t going to cover the spread, but it sets the foundation for a team that might get a little more out of themselves than what people are generally projecting.

One doesn’t want to be overly-critical of a Washington team that has become a main power in the Pac-12 once again. They forged their way back to the top with former Boise rebuilder Chris Petersen. Going back to last season, however, they don’t have that same effervescence that characterized their 2016 CFP run. It’s somewhat curious. Their defense has been one of the best in the country since last season, with one top defensive back after another manifesting. Jake Browning is still there with RB Myles Gaskin, returning a ton of big-game experience.

A lot of times, all that horsepower manifests with commensurate results on the field. Those who have bet on the Huskies lately, however, will often look at the scoreboard in games like this and wonder why the Huskies are lagging. Sometimes, they drag a bit. Offensive juice remains, especially in the run-game, but enough star ball-catchers have departed over the last few seasons that Browning has gone from a statistical marvel to a more middling force as far as numbers go.

The Huskies defense, however, looms as a major factor in this game. With 51 points allowed in 4 games, they have been able to dictate games. Auburn and Arizona State got up in the 20-point range, while Utah managed just 7 points. Where would BYU fit into that mix? Once again, they’re on the road and coming off some tough games. Have you also noticed that when you start backing the overachieving team, they often revert to prior form? A lot of teams like BYU have scored huge wins and those who then jumped aboard weren’t rewarded.

Again, a lot of what BYU does well is on an immeasurable basis. Guts, clutch, and moxie are difficult elements to capture in a numerical form. QB Tanner Mangum, RB Squally Canada, Dylan Collie, and others provide a nice nucleus on offense that has a lot of experience and chemistry. Their defense is not special perhaps, but possesses a certain amount of solidity across all areas to where it’s not that easy picturing them getting bowled over.

If BYU were to fall flat in this spot, it wouldn’t register tremendous shock. Still, they did beat Wisconsin on the road. They beat Arizona on the road. They lost only to a Cal team that still hasn’t lost and that was by three points. That kind of arithmetic doesn’t always work out, but a lot of results this season from both teams suggest a game that has the potential of being competitive. BYU might be on a tight-rope in this game, with a narrow path to success. But has Washington showcased the kind of electricity to rightfully make them this big of a favorite over a good ranked team that is proven? I see a certain amount of scrappiness and clutch from BYU enabling them to cover the big number at Husky Stadium.

Loot’s Pick to Cover the Point Spread: I’m betting on the BYU Cougars plus 17 points.