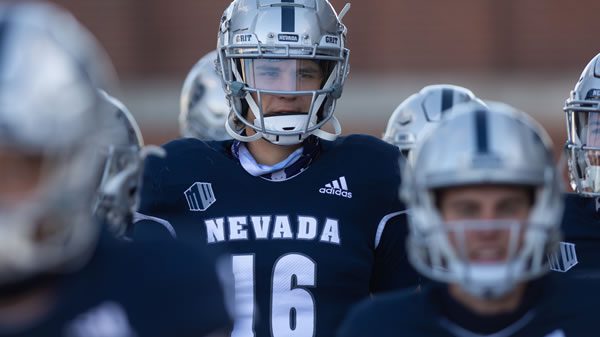 The Colorado State Rams come to Reno to take on the Nevada Wolf Pack in a Mountain West battle on Friday night. It has been a rough go recently for both teams. Each squad has sponged embarrassing losses as of late. Colorado State didn’t play last week but are coming off an ugly 41-10 loss to Sacramento State, their fourth straight loss to open a season where they’ve yet to cover a spread. Nevada opened the season with two wins, but three straight losses have landed them on the rocks. They also got last week off but are coming off a 48-20 loss to Air Force. Who used the break well and can come into this game with a little head of steam?

Colorado State: As Bad as it Looks?

In a word—yes. A 31-point loss to Sacramento State in Fort Collins has to qualify as some form of rock-bottom. They could barely hit the scoreboard in their two other games while also getting the run-around from Middle Tennessee. Not only have they not covered a spread, but they’ve missed by a combined 82.5 points. Now they have to dust themselves off and head into Reno to face a team that beat them at home last year by 42 points. It doesn’t exactly set up for a situation where it’s easy to have any confidence for the Rams this week.

The one saving grace for the Rams could be the state of their opponent. And it’s possible that the Rams might not be in a spot to take much advantage of whatever problems the Wolf Pack are having. But they could be fortunate in catching Nevada at the worst they’ve been in a while. A few wins to open the season seemed routine enough, but giving up 55 points in a loss to Incarnate Word at home, getting blanked by Iowa, and then getting hammered by Air Force makes for a pretty rough three weeks. Again, with both teams getting a week off leading into this, maybe they were able to find some answers.

After a decent five-year run as Nevada head coach, Jay Norvell was given the tall task of resuscitating this Colorado Rams program, a team that has been on its back since 2017. And with the Rams taking a step back this season so far, it’s clear that Norvell’s plans with this squad will be more of a longer-term project. Coming into a team steeped with dysfunction on both sides of the ball, his vision hasn’t had a chance to take hold yet. And for them to move forward, they maybe had to take a step backward, and that’s what we’re seeing in living color through four games.

Finding Something to Latch Onto

It’s not easy in this game. You’re dealing with two teams who don’t do a lot well. It makes it hard to cast the game and identify characteristics along which the game will be played. If looking to find something, you could say there have been points this season where both teams have shown some stoutness and playmaking in the pass-defense department, but it hasn’t been enough to make that a real trend. And with neither team airing it out all that much, it might not end up mattering much, though you could see the Wolf Pack make a dent here, maybe if the Rams get aerial as they sometimes try to do. To get a feel for this game, maybe one needs to look at it along different lines.

Neither team can be feeling that good, but with a few wins and seeing at least sequences of success in two of their losses, the Wolf Pack have had more for which to be thankful. The Rams have seen a nice connection with QB Clay Millen (questionable) and WR Tory Holton, but the other highlights are few in a season where they’ve yet to be even so much as competitive in a single game. Nevada, with the two wins, and evidence of surging in a few weeks, has offered more optimism to head coach and former longtime in-house assistant Ken Wilson. While they’ve been flailing helplessly for a few weeks themselves, they at least know what it feels like to have something good happen this season. Meanwhile, Colorado State might be having some bad thoughts creep into their heads—namely how they’re mired in a rebuilding season where they’re going to have to pay their dues and take their lumps.

Anyone who has watched Nevada these last several weeks will not feel comfortable about taking them and laying points to boot. They have no real identity on either side of the ball, and there seems to be a total disconnect teamwide after a half-decent start to the season. But I don’t think they’re as far gone as Colorado State and might have enough playmaking at home on the defensive side of the ball to make for another tough outing for the Rams’ offense on the road this week. In what might be a slog at times, I see Nevada having enough to take control in the second half and get the win and cover at home. I’ll take the Wolf Pack.

Loot’s Pick to Cover the Point Spread: I’m betting on the Nevada Wolf Pack minus 3.5 points. Bet your Week 6 college football predictions for FREE by taking advantage of a 125% real cash bonus up to $400 when you use bonus code PREDICTEM at GTBets Sportsbook!