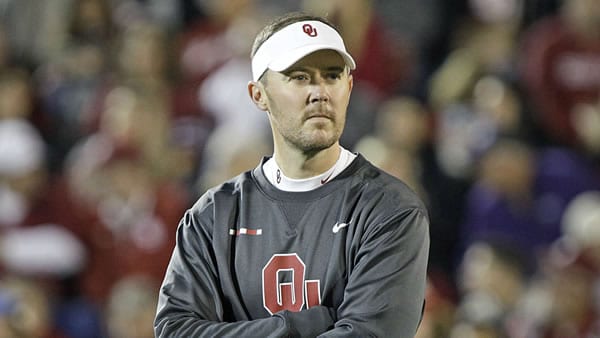 The Wildcats come into this game on the heels of what has to be described as a shocking loss. As a 15.5-point favorite, K-State played host to Sun Belt constituent Arkansas State and would not only fail to cover but lose outright in Manhattan. The final tally in the Wildcat opener was 35-31 to the Red Wolves of Arkansas State. This event occurred in Week Two and has given Kansas State an extra week off to digest what transpired.

Like their Big 12 counterparts, Oklahoma also comes into this conference opener with an extra week of preparation. They, too, were last in action on Saturday, September 12th, in Week Two of play. The Sooners played host to FCS foe Missouri State and would continue onto roll them by a margin of 48-0. OU produced a seeing-eye cover as a result when they closed as a 47.5-point favorite.

How the Public is Betting the Kansas State-Oklahoma Game

At the present moment, the action seems right down the middle—52% of the consensus like the Sooners here laying the points. As a result, the line has not moved at the time this article was written (Monday morning).

The last time these two teams met was in 2019 in Manhattan, Kansas. Closing as a 23.5-point underdog, the affectionately known “Wabash Cannonballs” of Kansas State would stage an upset of the Sooners in a 48-41 win. It is worth annotating that Kansas State, at one point, led by as much as 25 points before OU narrowed the deficit.

Get all of our handicapper's plays as they come available: College Football Picks!

The Home Team is 4-0 ATS in the previous four meetings, which may enchant takers to get on board with the Sooners here before other variables are considered.

There are no emergent injury concerns for either side heading into this contest.

What can I say? Other than this is the prime spot for Kansas State to bear equity. To put it mildly, the Wildcats stubbed their toe two weeks ago, and their loss to Arkansas State has undoubtedly fouled up their market presence at this point. The points you see next to their name are likely quite inflated since no one will want to get on-board with a team that loses a home to a Group of Five pup that was supposed to be a tune-up game. However, it is very well likely Kansas State was actually looking ahead to this contest because the Wildcats have been a perpetual thorn in Oklahoma’s side historically, and they did just beat them last year in Norman, no less. With added points and emotional intangibles working in their favor, K-State once again has all the ingredients here to be a live dog.

Look, I am not one to let Kansas State off the hook for what happened against the Red Wolves, but this line is insulting given how potent of a threat the Wildcats have proven to be against Oklahoma. The Sooners were academic indeed in their season opener, but they pitched a shutout against a football team that won just one game last year in the FCS. This is by no means an accolade to marvel it when OU is a perennial playoff contender. Do I think Kansas State will win this game? Probably not, but the fact of the matter remains that Oklahoma is a public side, and by the time kick-off ensues on Saturday, they may be priced spotting more than four converted touchdowns. Under most occasions, this premise in itself has a lot of value, albeit there is the backdoor element which also exists should Oklahoma get up big early and call off the dogs for the second half. Look no further than what happened if one bet Clemson late on Saturday at -50.5. Clemson was up 49-0 at the half, and then the second, third, and fourth teamers did not score again, and The Citadel managed to come in under the number. This, by the way, was a match-up of an FCS cupcake against the top team in the country, not two teams that are from the same conference. Kansas Sttate’s offensive operations, needless to say, should offer a bit more resistance than Missouri State against Oklahoma, and that really puts backers on a back-heel in the event Kansas State should generate a few scores. We will see a much different K-State team on the field against the Sooners than we did in Week One, and that makes the long swim back here look even longer. Take the points. Hey! Don’t forget to check out our Sunday NFL picks!