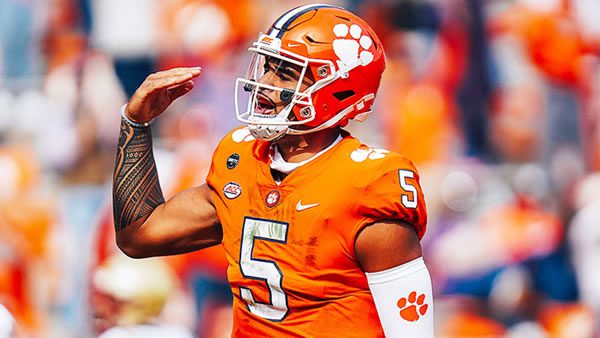 In their last game, the Cardinals are coming off a 34-10 win over James Madison. In addition, they added an ATS win, as they were 6.5 favorites on the spread. In the win, Louisville completed 70.0% of their 20 passes, 3 of which resulted in touchdowns. On the ground, the team ended with one rushing touchdown while averaging 5.4 yards per carry for a total of 244 yards.

The team’s leading quarterback is Malik Cunningham, who comes into the game with a passer rating of 89.42. Heading into this week’s game, he has a total of 1471 passing yards. Receiver Tyler Hudson heads into the game, as the team’s leader in receiving yards, with a total of 703. The top option in the run game for the team is Tiyon Evans, who has carried the ball 74 times for a total of 495 yards.

This year, the Tigers have an overall record of 8-1. In addition, they have also played well in the Atlantic Coast, going 6-0. This season, the Tigers have an ATS mark of 4-4 while being favored in every game. Their over-under record sits at 5-3 on an average point total betting line of 44.67.

Clemson is coming of a 21-point loss to Notre Dame by a score of 35-14. The Tigers entered the game as 3.5-point home underdogs, making this an ATS loss. In the win, Clemson completed 67.5 of their 40 passes, 1 of which resulted in a touchdown. On the ground, the team ended with 1 rushing touchdown while averaging 3.6 yards per carry for a total of 90 yards.

Against the spread, the Cardinals have gone 6-4 over their last 10 games. Straight up, they have a record of 6-4. The team averaged 30.0 points in these games while allowing 20.6. Their over-under record was 5-5-0.

Across their 5 previous road games, Louisville has an ATS mark of 3-2-0. Their straight-up record in these matchups was 3-2-0 while averaging 31.2 points per game.

Over the Tigers’ last 10 games, they have a strong record of 9-1 while also going 5-5 against the spread. Their last 10 over-under record comes in at 5-5. Clemson has a positive scoring differential in these games, averaging 33.1 points per game and allowing 20.7.

Clemson has played well in their previous 5 home games, going 5-0 straight up. In this stretch, they averaged 37.6 points per game while allowing 20.0. The team’s also performed well vs the spread at 2-3-0.

Heading into this week’s matchup, the Cardinals will look to improve their offensive output, as they are ranked just 57th in the NCAA in points scored and are matched up against a Clemson defense that is allowing an average of 21.56 points per game and has had its problems getting off the field on third down.

One aspect of the game that could benefit a Louisville offense that struggles to generate big plays in the passing attack is that they are facing off a Clemson defense that has yet to generate a lot of pressure on opposing quarterbacks. So far, the Tigers are just 48th in sacks per game.

On the ground, the Louisville offense is averaging 202.22 yards per game, good for 25th in the country. This has come while ranking 26th in attempts at 40.44 per game. This week, the Cardinals will be facing a Clemson defense that is ranked 17th in rush yards allowed per game. So far, they are averaging 183.0 yards per game when facing the top 25 rush defenses.

Heading into the game, the Tigers are ranked 31st in points per game but are facing off against a Louisville defense that is allowing an average of just 19.44 points per game.

Although the Tigers have turned to the passing attack at a below-average rate this season, they have an opportunity to find success through the air vs a Louisville defense allowing teams to complete passes at a rate of 58.94%.

So far, the Clemson offense is near the NCAA average in rushing, averaging 174.78 yards per game on the ground. This year, they have handed the ball off an average of 39.0 times per game, placing them 40th in the country. This week, the Tigers will be facing a Louisville defense that is ranked 59th in rush yards allowed per game. So far, they are averaging 191.14 yards per game when facing defenses ranked outside the top 50.

Louisville +7.5. Bet your Week 11 CFB predictions for FREE by scoring a 100% real cash bonus up to $300 when you use bonus promo code PREDICT100 at MyBookie Sportsbook!