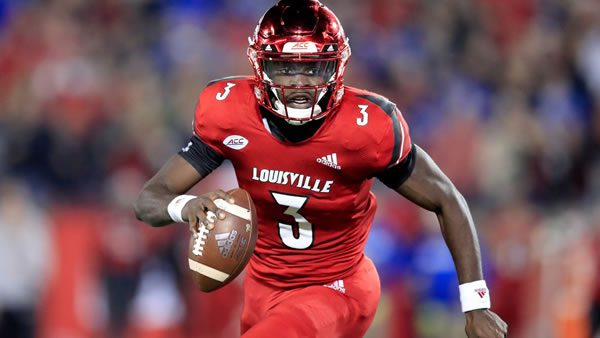 Week 1 finishes off with another ACC-SEC showdown, as Mississippi attempts to get a measure of respect in Lane Kiffin’s second season. The Rebels made a statement in upending Indiana last year in the bowl game, and they’ve shown themselves to be one of the strongest offenses in a loaded league. The defense has proven optional in Oxford, but with how Mississippi puts up points, they haven’t really needed to get stops yet.

On the other hand, Louisville is a team trying to get back to the prominence it had years before it joined the ACC. The Cardinals have really struggled over the past three seasons as they try to pick up the pieces from the Bobby Petrino era, and while Scott Satterfield seems to have things working in the right direction, the Cardinals seem to be a bit behind compared to the rest of the ACC Atlantic. A good showing here would be a big statement, but Louisville has dropped its past two openers against Power 5 opponents by double digits.

How the Public is Betting the Louisville/Mississippi Game

The public is pretty sold on Mississippi, as the Rebels have jumped from -9 to -10, with 67% of the tickets coming in on Ole Miss. The total is holding firm here at 75.5 at most betting sites.

When Louisville didn’t shoot itself in the foot, the Cardinals were actually a pretty competent squad. Louisville had three wins in ACC play last season, and all three saw them finish at even or positive in terms of takeaways. The problem was that except for a 12-7 loss to Notre Dame, every other game saw them lose the turnover battle, which was the main reason the only other game they won was over Western Kentucky.

Malik Cunningham should be better at making decisions this season, but 12 interceptions are far too many, and he needs a running back to step up and get the job done. Jalen Mitchell showed a lot of promise down the stretch last season in running all over Wake Forest, and with Javian Hawkins gone, Mitchell is the most experienced back the Cardinals have left.

The saving grace for the Cardinals is that four of their five linemen from last season are back, but unless Louisville can stop turning the ball over, that won’t be enough to save them.

Get reduced juice on spread and total bets at BAS Sportsbook!

The key for the Rebels is avoiding giving away free possessions to Louisville, and that means that Matt Corral has to hang on to the ball. Last year, Corral had no problem airing it out for over 3,000 yards and 29 touchdowns, but he also threw 14 picks and put the Mississippi defense in a bad situation. The Rebels were -5 in turnovers for the season and could have easily been a seven-win team if they hadn’t given away possessions against Arkansas and LSU.

However, Louisville’s defense has been solid against the pass, so this game might actually fall to Jerrion Ealy to take advantage of a soft Louisville run defense. Ealy averaged 5.1 yards per carry and scored nine touchdowns a season ago, and the Rebels bring back four starters on their offensive line. Ole Miss should be able to dominate in the trenches, and if they do that, they’re going to roll over the Cardinals.

When the Cardinals aren’t turning the ball over, they’re a better defensive team than they get credit for. Louisville never gave up more than 21 points in a game in which it won the turnover battle, and the under cashed in two of those four instances. But they’re facing a ridiculously powerful offense in Mississippi, which was an “Over” machine last season. In 2020, the Rebels topped 80 points on five occasions, including a 111-pointer against Alabama. The Rebels being in this spot is a new thing for them: this is the largest spread they’ll be favored in since Oct. 6, 2018, when they covered while giving 23.5 to Louisiana-Monroe.
Weather Report

Weather isn’t a concern here, as the game will be played in the comfort of Mercedes-Benz Stadium’s dome.

Given that Louisville can’t stop the run and Ole Miss has a solid back in Jerrion Ealy, I’ve got to take the Rebels in this one. Ole Miss has the ability to both run and throw in Corral, but the Rebels don’t have to resort to the pass against this defense and probably will opt to keep the ball on the ground in the early going.
Louisville doesn’t have the personnel needed to stop this ground attack. I’m taking Mississippi here. Beef up your football betting bankroll with a 100% REAL CASH bonus on your first deposit of $100 to $300 at MyBookie Sportsbook when you use bonus code PREDICT100 after depositing!