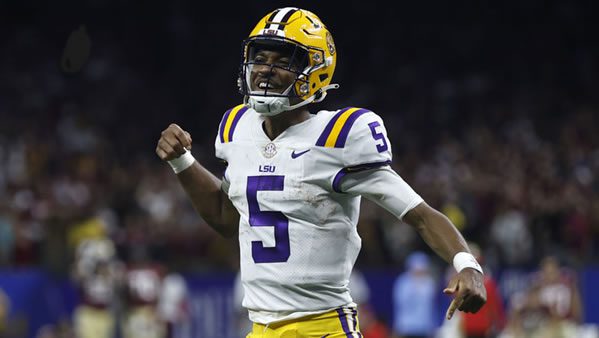 So far, the Tigers not only had a strong overall record (7-2), but they also played well in
SEC play, going 5-1. This season, the Tigers have been favored in 4 games while posting an ATS
mark of 5-3. Their average over-under betting line is 47.67 leading to an over-under record of
3-5.

In their last game vs Alabama, the Tigers won by a score of 32-31. Heading into the matchup,
they were 13.5-point underdogs. In the game, LSU finished with 2 touchdowns through the air,
while throwing for 182 yards. The team ended the game with 2 rushing touchdowns, along with a
total of 185 yards on the ground.

Quarterback Jayden Daniels comes in the game having completed 188 of 269 passes for a passer
rating of 107.01. Overall, he has a total of 1994 passing yards. Malik Nabers leads the team’s
receiving corps with 42 catches for a total of 496 yards. The top option in the run game for the
team is Josh Williams, who has carried the ball 73 times for a total of 359 yards.

In their previous game, the Razorbacks fell to Liberty on the road by a score of 21-19.
Arkansas also picked up an ATS loss, as they were 14.5-point favorites entering the game. In the
game, Arkansas finished with 2 touchdowns through the air while throwing for 284 yards. In the
rushing game, the Razorbacks did not find the endzone, while finishing with a total of 144 yards
on the ground.

Against the spread, LSU has gone 6-4 in their last 10 games. Over this same period, their
straight-up record is 7-3. Their last 10 scoring differential sits at +9.1, as they averaged 33.3
points per game while allowing 24.2. The over-under record in these games was 5-5.

In their last 5 games away from home, the Tigers have a straight-up record of 2-3 while going
2-3 vs the spread. The team’s offense averaged 24.6 points per game in these contests.

Over their last 10 games, the Razorbacks have covered the spread at a rate of 60.0%. In these
games, they posted a straight-up mark of 6-4. Their last 10 over-under record comes in at 7-3.
Arkansas has a positive scoring differential in these games, averaging 31.3 points per game and
allowing 28.6.

Across their 5 previous home games, Arkansas has an ATS mark of 2-3-0. Their straight-up
record in these matchups was 3-2-0 while averaging 31.6 points per game.

Heading into the game, the Tigers are ranked 30th in points per game and are facing off
against an Arkansas defense, allowing 30.67 points per game. If the Tigers are going to find
success, they will need to continue to perform well on third downs, as they are converting at a
rate of 49.0%.

One aspect of the game that could be problematic for the LSU offense is the fact that the
Razorbacks are 22nd in sacks per game.

This season, the run game has been productive for the LSU offense, as they are averaging just
38.0 attempts per game. With these opportunites, they have an average of 183.44 yards per
contest, good for 41st in the NCAA. This week, the Tigers will be facing an Arkansas defense
ranked 92nd in rush yards allowed per game. For the year, they have averaged 201.57 yards per
game when facing defenses ranked outside the top 50.

Although the Razorbacks have turned to the passing attack at a below-average rate this season,
they have an opportunity to find success through the air vs an LSU defense allowing teams to
complete passes at a rate of 60.64%.

So far, Arkansas has relied heavily on the ground game, as they rank 6th in attempts per game,
with an average of 47.44. This heavy usage has led to an average of 234.44 rush yards per game,
placing them 10th in the NCAA. This week, the Razorbacks will be facing an LSU defense that is
ranked 60th in rush yards allowed per game. So far, they are averaging 254.14 yards per game when
facing defenses ranked outside the top 50.

Arkansas -3. Bet your Week 11 college football predictions for FREE by taking advantage of a 100% REAL CASH bonus up to $500 at one of the oldest and best bookies on the web —> Betnow Sportsbook!