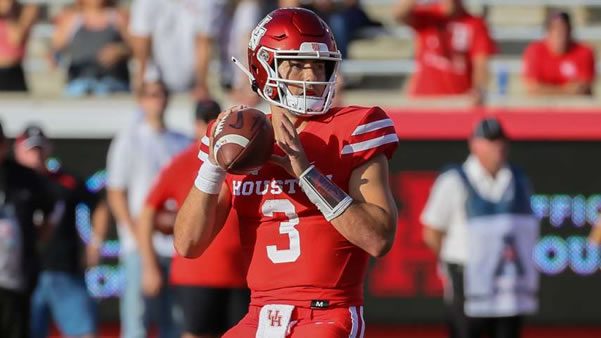 Point Spread: MEM +8.5/HOU -8.5 (BetOnline - One of the oldest and most trusted bookies on the web! Awesome 35% cryto reloads and sweet live betting platform!)

Memphis has now lost three of five, and the Tigers are going to have to work to get themselves into a bowl. Memphis nearly had bowl eligibility sewn up last week at home against East Carolina, but the Tigers went for two in overtime and failed, allowing the Pirates to escape with the win.

Memphis isn’t likely to get as close against Houston, as the Cougars are sitting in the top spot in the American and are looking to nail down a spot in the American championship game. At No. 24 in the nation, Houston likely doesn’t have a realistic shot at stealing the bid to a New Year’s 6 game from Cincinnati, but if the Cougars can run the table and then upset the Bearcats for the American championship, there’s a slim chance that it could happen. Right now, nobody wants to play Houston, which has won six straight games by at least a touchdown.

How the Public is Betting the Memphis/Houston Game

The spread has ticked down a point in the Tigers’ favor from -9.5 to -8.5, despite 66 percent of bettors backing the Cougars in this game. The total is unchanged at 60.5.

For Memphis, it all starts and ends with Seth Henigan. The Tigers’ quarterback was solid at throwing the ball against East Carolina and did a decent job running the ball, but Memphis got no help from anyone else in the backfield, which meant that the run game went nowhere and the passing game was pretty much the only thing Memphis had left to count on for points.

Eddie Lewis and Asa Martin both turned in solid performances against the Pirates, but they might find the going much rougher against a Houston defense that gives up less than 300 yards a game and holds passing offenses to under 200 per game. The Tigers weren’t much better than 300 against East Carolina, and the Pirates are not exactly known for their dominance on defense. Houston has had occasional issues on defense against good attacks, but Memphis doesn’t have the running game needed to keep the Cougars honest.

This is an offense that’s all about efficiency. The Cougars are the kind of team that doesn’t mind how many yards they gain; all they care about is scoring and getting their opportunistic defense back on the field. Houston doesn’t beat itself with mistakes (the Cougars rank sixth in the nation in fewest turnovers) and tends to capitalize whenever its opponents hand it a gift. Clayton Tune is a good passer, but the rest of the Houston offense is middling at best, or would be if not for getting set up by the defense.

But the Cougars could be in for a feast against the Memphis defense, which is outside the top 100 in pass defense and just allowed East Carolina to torch it for over 500 yards of offense. Houston might not be the type of team that’s going to chew up a lot of yards, but sooner or later, the Tigers are likely to make a mistake, and when they do, there’s a good chance that Tune is going to be able to connect with Nathaniel Dell for the knockout blow.

This matchup has been Memphis’ to dominate as of late, as the Tigers have covered in six straight matchups with the Cougars. The Tigers have also gone 8-0-1 in their past nine games on turf, which hasn’t helped them any as of late, as their past four road opponents have grass fields and have all covered against Memphis. Houston has had problems following up success, as it’s covered in just seven of 26 after covering the previous game, but it is 11-4 ATS in its past 15 Friday games.

This is actually going to be a great night for football, with temperatures in the mid to low 50s and just five mile per hour winds.

Houston is playing its best football of the season and Memphis is a step down from where it’s been in previous seasons. The Cougars should be able to get a lead and use their superior defense to land the cover here. Give me Houston. Bet your Memphis vs. Houston pick and ALL your Week 12 college football picks for FREE by taking advantage of a 100% REAL CASH bonus on your first deposit of $100 to $1000 at Betnow Sportsbook!