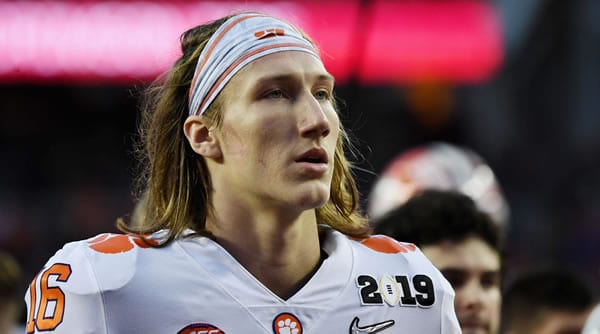 It’s time for Miami to prove that it’s for real, and it doesn’t get any more real than a matchup with Clemson. The Tigers have barely been scratched during their five-year run as ACC champions, posting an incredible 46-2 record against ACC foes since 2015 (48-2 if Notre Dame is counted as an ACC opponent). Miami certainly hasn’t come close to scratching Clemson in their two meetings over the past five seasons: the Tigers have outscored the Hurricanes 96-3 in those contests.

But the Hurricanes believe that they’re on the verge of getting themselves back to being a national power and becoming the class of the ACC Coastal Division, something that it’s only managed to win once in the 15 years since the league split into divisions. Giving Clemson a good battle would go a long way toward proving that Miami is on its way back to becoming what it was during the glory days. Can the Hurricanes finally prove that they belong in the conversation as an ACC powerhouse?

How the Public is Betting the Miami/Clemson Game

The line has dropped a point in Miami’s favor, falling from the high of Clemson -15. The total has jumped two points from 62 to 64.

Miami:
Offensive linemen Issiah Walker Jr. (eligibility) and John Campbell Jr. (undisclosed) are both questionable. Safety Avantae Williams is out for the season with an undisclosed issue, and quarterback Tate Martell and offensive linemen Zalon Tae Hilery and Kai Leon Herbert opted out of the season.

If you could have placed a bet in 2005 that in 15 years, Miami would have made as many appearances in the ACC championship game as Duke, you would have been able to retire for life. The Hurricanes have still only played for the ACC title once, which was the 38-3 shellacking that Clemson delivered in 2017. But with D’Eriq King taking control of the offense after spending last season transferring from Houston, the Hurricanes appear to finally have their offense on track to make a trip to the ACC title game possible. They’ve had no problems putting up points against ACC competition, as they hung 47 points on Louisville and 52 on Florida State. However, questions still remain about just how good the Cardinals and Seminoles really are, questions which the Canes can answer with a strong performance here.

What King has to continue is not turning the ball over. Miami leads the nation in pass attempts without an interception, and if there’s one thing the Hurricanes cannot do, is give Clemson extra possessions. Miami only had the ball for 22 minutes against Louisville, and that was without turning the ball over, so it’s clear that the Canes aren’t going to be keeping Trevor Lawrence and company on the sidelines with long drives. What Miami can do instead is match the Tigers score for score, and the Hurricanes have the offense to do precisely that.

If the Canes can get a big performance out of Jaylan Knighton on the ground, it’ll go a long way toward opening up the pass and letting Brevin Jordan attack the Clemson secondary.

Clemson has two genuine stars who can hurt you: Trevor Lawrence and Travis Etienne. That’s the main thing that makes the Tigers so dangerous: you can’t take away one thing because Clemson has a second option that can punish you and do so in a hurry. Like Miami, Clemson doesn’t beat itself, as Lawrence hasn’t thrown an interception since Oct. 19 of last year, a streak that has lasted 314 passes.

But Etienne might be the more dangerous player of the two. He’s won ACC player of the year on two occasions and might make it three, as he’s already rushed for 243 yards on just 39 carries. Neither Lawrence nor Etienne played in the fourth quarter of two of Clemson’s three games this year, which makes it questionable as to how the Tigers might handle it if Miami is able to keep close with them. Against Virginia, Clemson was never really in danger but still had to play its starters into the fourth quarter to prevent a Cavaliers comeback. If Miami can keep the game close, Clemson might have trouble handling it without an 80,000-person crowd behind it.

October is when hurricane season starts to end in South Florida, and the Hurricanes have lived up to that in recent years. Miami is just 3-12 ATS in October over its past 15 games, making this the ultimate proving ground for the Canes. They’ve done well in conference games as of late, having covered in five of their past six.

On the other hand, Clemson has been a disaster for bettors as of late because the Tigers get such ridiculously high numbers that it’s impossible to make money off of them. Plus, Dabo Swinney has already seen his team deal with COVID in the offseason and knows better than most that his team has to have its backups ready, so he’s opted to pull Clemson’s starters as soon as the game is well won. Because of that, Clemson has now failed to cover in four consecutive games.

However, October has been as strong for Clemson as it has been weak for Miami. In the Tigers’ past eight games in October, they’ve covered in six of them with one push. They’ve also owned the Hurricanes as of late, cashing in five of their past six meetings. As for the total, Miami doesn’t tend to play high-scoring games when it’s a road dog: the under has cashed in six straight games where Miami was on the road and getting points.

This could be a rough evening for football, as thunderstorms are in the forecast for the Upstate region. Temperatures are set to hover around 70 degrees at kickoff.

Clemson has shown itself to be the king of the ACC for a while now, and Miami still appears to be a step or two behind the Tigers. It’s hard to tell if the Canes really are for real given the weak opposition they’ve faced so far, and I just can’t see the Hurricanes keeping pace with the Tigers for four quarters.

If Miami was more of a ball-control offense that dominated time of possession, I could see the Hurricanes keeping this game close by keeping the Tigers off the field. But in order to beat Clemson at its own game, you pretty much have to be LSU, and Miami isn’t anywhere near what LSU was last season. I think the Canes will stay in the game for three quarters, but Clemson closes the deal in the fourth and finally lands a cover. Note: In case you hadn’t heard, there’s now another option to bet on games at -105 odds after 5Dimes left the market. Get your reduced vig opportunity back, place wagers on the same platform and get the same bet options at BetAnySports Sportsbook!