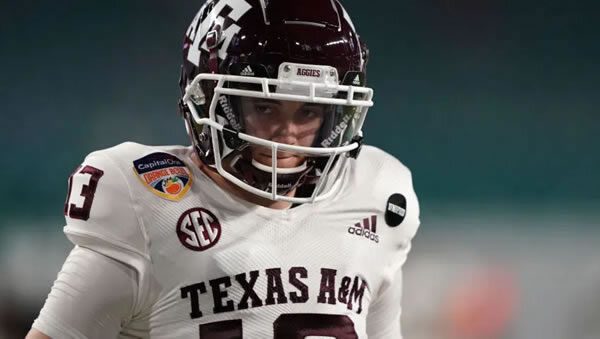 Point Spread: MIA +5.5/A&M -5.5 (Bovada - Do you live bet games? If so, have you seen the live wagering platform at Bovada? It’s all on one page, not clunky and they offer a TON of wagering options!)

There were a ton of surprises last weekend in college football, but none more surprising than Texas A&M’s 17-14 upset loss to Appalachian State. After Head Coach Jimbo Fisher captured the top-ranked recruiting class and traded barbs with Alabama’s Head Coach Nick Saban over the offseason, this was supposed to be the year that the Aggies challenged the Crimson Tide for dominance in the SEC West. However, another lackluster performance by the Aggies offense appears to have simmered those expectations. Nevertheless, Texas A&M will look to bounce back on Saturday when they host the 13th-ranked Miami Hurricanes at Kyle Field.

The visiting Hurricanes are 2-0 on the season following back-to-back blowout victories over Bethune and Southern Miss. However, in many ways, this Saturday’s road trip to College Station will be Miami’s first true test of the season. With that said, Miami has passed the eye test thus far through their opening two games. Quarterback Tyler Van Dyke appears to have taken another step forward. Sophomore running back Henry Parrish Jr has already amassed 217 yards on the ground with four touchdowns. Not to mention, Miami’s defense has looked really solid as well.

I am really eager to see Saturday night’s showdown between the Hurricanes and Aggies. Miami appears to have the potential to make a run at Clemson in the battle for the ACC because I am not sold on Clemson at this point in the season. Meanwhile, how will Texas A&M respond to last week’s upset loss to App State? Will this be the wake-up call to get the Aggies back on track before SEC play begins, or do we believe there are bigger issues behind this Texas A&M team? Personally, I think the latter is true, especially with the A&M offense, and that should cause concern for those wanting to back the Aggies this weekend.

Texas A&M offensive woes should not be ignored

I don’t care what type of talent you have on a football team. If you can’t move the football, you will have issues. Through two games, the Aggies’ have shown glaring concerns on the offensive side of the football. A lot of those issues surround the play of quarterback Haynes King. King was just 13 of 20 for 97 yards in the loss to App State and did not show any ability to stretch the field nor make things happen with his feet. Aside from King, the rushing game was not any better as the Aggies have only amassed 199 yards as a team in the opening two games. If the running game continues to struggle, more pressure is going to fall on the play of the quarterback, and we could even see QB Max Johnson get into the mix sooner than later as well. Either way, there are way more questions than answers for this Aggies offense going into Saturday’s battle with Miami.

From a circumstantial perspective, the Aggies should get back on track this week, perhaps with some renewed focus. Despite last week’s loss, there is some major talent on this team. However, I remain concerned that Texas A&M does not have enough firepower on offense to match the talent. With that said, I am not completely sold on Miami yet, either. The Hurricanes have shown some growing pains on offense as well, and they did not look overly strong last week despite getting three turnovers from the defense. Add all those factors into play here, and I think the under is the best play on the board.
Jay’s Pick: Take the under 45.

Bet your Week 3 college football picks for FREE by taking advantage of a 100% real cash bonus up to $500 when you use bonus promo code PREDICTEM after you’ve made your first deposit at the web’s oldest and most trusted bookie: Everygame Sportsbook!