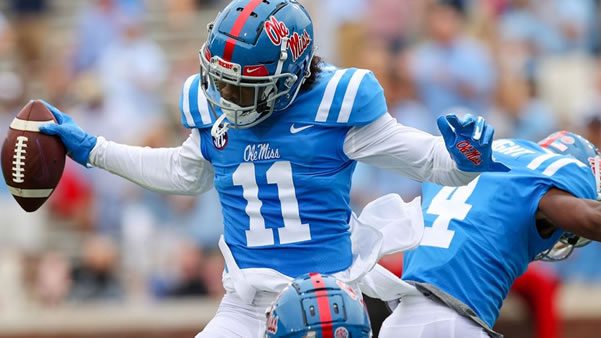 Thanksgiving means family, food, and the Egg Bowl, as these teams take center stage during the Thanksgiving holiday, with both having an excellent season. Mississippi has the chance to secure both a 10-win season and a likely New Year’s 6 bowl if it can defeat Mississippi State for the second consecutive year.

But Mississippi State has been getting better every week, and the Bulldogs have covered against everyone not named Alabama ever since September. Even though Mike Leach isn’t doing anything different, he’s now got his quarterback in place instead of trying to win with Joe Moorhead’s players, and the results have been evident. But Mississippi was able to slow down the Air Raid a year ago, and Leach hasn’t won one of these season-ending rivalry games since beating Washington in the Apple Cup in 2012, an eight-game skid against Chris Peterson and Lane Kiffin.

How the Public is Betting the Mississippi/Mississippi State Game

The public is riding with the Rebels in this one, as 60 percent of tickets have come in on Mississippi to this point. The spread has not changed, but the total has ticked up by half a point to 61 from 60.5.

For all the Heisman hype that Matt Corral has received, it’s the Mississippi ground game that scares opposing defenses. The Rebels’ four-headed monster of Jerrion Ealy, Snoop Conner, Henry Parrish Jr., and Corral himself have combined for more than 2,000 rushing yards and 29 touchdowns, resulting in the third-ranked ground attack in the nation.

But in this game, Corral might be called on to sling it because the one thing Mississippi State knows how to do on defense is stop the run. These Bulldogs aren’t anywhere near the level of Georgia’s defense, but they’re still pretty impressive, ranking seventh in the nation against the run. But the Bulldogs give up almost 230 yards a game via the air, which should open the door for Corral to find Dontario Drummond and Braylon Sanders throughout this one. Drummond has been the Rebels’ big-play threat all season, and he’ll need to come up big to keep the Egg in Oxford for another season.

The Bulldogs might stop the run well, but they sure as heck don’t run it well themselves. Mike Leach has never believed in running the football all that often, and the Bulldogs’ numbers show it, as they rank 129th on the ground for the year. Dillon Johnson, Mississippi State’s leading rusher, would rank fifth on Mississippi’s team were he in blue instead of maroon.

But that doesn’t matter because Will Rogers has become the next Leach quarterback to toss the ball all over the field. Rogers has thrown for 4,113 yards and 34 touchdowns on the season, against a mere eight interceptions. Whether it’s finding Jo’quavious Marks out of the backfield or going for the home run with Makai Polk or Jaden Walley, the Bulldogs excel at stretching their opponents out and finding the one spot that the defense doesn’t have covered. Mississippi has had its problems stopping opposing offenses, but because Leach never does anything different, this is the game that his rivals tend to focus their energy on winning because beating the Bulldogs is more important than any other game on the Rebels’ schedule. This will come down to whether Mississippi can either keep Rogers off the field or defend the pass well enough to slow down the Bulldogs’ attack.

This has been an even series, with the teams splitting the last ten matchups and tending to play tight, low-scoring games. This has traditionally been a game where you want to back the road team and the under, as the schools know each other so well that they know how to stop each other and create a defensive battle that doesn’t allow the favorite to create separation. Obviously, that’s not a problem in this game because the spread is just one point, but the road team is 5-1 ATS in the past six meetings, and the past five matchups in Starkville have all gone under the total.

I think Mississippi is the better team, and I think Lane Kiffin knows what he needs to do to slow down Mike Leach’s attack. The Bulldogs have the personnel in place to have success with this offense, but this is the game that Mississippi values above all others, and there’s little doubt that Kiffin has prepared his defense for what it’s about to see. With a 10-win season potentially on the line and Ole Miss having the better quarterback, I’ll take the Rebels on the moneyline. Bet your Week 13 NCAA football picks for FREE by taking advantage of a 100% REAL CASH bonus on your first deposit of $100 to $1000 at Betnow Sportsbook! It’s the absolute BEST bonus on the web offered by a legit bookie!