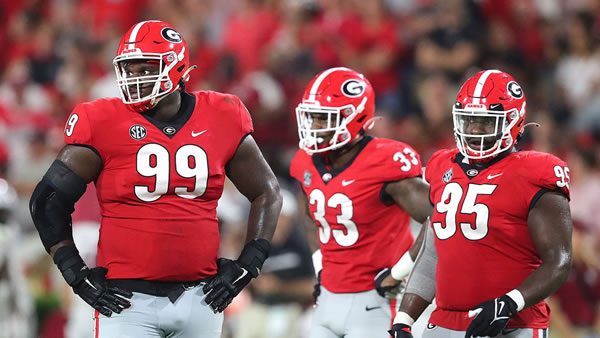 Betting against Missouri has been an incredibly easy way to make money this year, as the Tigers haven’t managed a cover yet in 2021. The Tigers still have a chance at a bowl game if they can win two of their final four contests. However, considering they’ve got to find a win over at least one of Georgia, Florida, and a resurgent Arkansas, Missouri is going to be hard-pressed to make a trip to the postseason this year.

That’s not even close to as tough a task as facing Georgia, which looks like it’s well on its way to the top spot in the College Football Playoff. The Dawgs got the news they expected with the No. 1 ranking in the CFP, and they’ve already been through all of their tough games on the regular-season slate. As long as the Bulldogs don’t turn in a disastrous performance, they’ll cruise to an undefeated season and hold the No. 1 ranking when they arrive in Atlanta for the SEC championship. With a clearly overmatched Missouri on the slate, can Georgia summon enough offense to get this kind of a lead?

How the Public is Betting the Missouri/Georgia Game

The public is evenly split on this one, likely out of fear that Georgia just might not score that many points. The line hasn’t budged, and the total has ticked down a half-point from 59.5.

When Missouri Has the Ball

Missouri put up some solid numbers last week against Vanderbilt, but the Tigers haven’t seen a defense anywhere close to what Georgia will challenge them with. The closest Missouri has seen is Texas A&M, and the Tigers got throttled, scoring just 13 points in the contest. The Tigers average a high number of points per game, but when the best teams you see aren’t anywhere close to the level of competing for a league title, that number’s going to be inflated.
Missouri would love to be able to give the ball to Tyler Badie and let him do the job. However, the Tigers are likely to run into a brick wall in the Georgia defense, which means he’s likely to find it tough to come anywhere near his usual average. To have a chance, Missouri will have to attack the Georgia secondary on Connor Bazelak’s arm if he even plays. The Tigers do have a couple of decent wide receivers in Keke Chism and Tauskie Dove, but that’s not enough against this defense.

Against a run defense this weak, Stetson Bennett might not even need to throw the ball. The Bulldogs have the big edge here in riding Zamir White, as he has run for just over five yards per carry and should be able to find plenty of holes in a defense that gives up nearly 300 yards per game on the ground.
That should take a ton of pressure off Bennett, who will likely only throw when Georgia needs to get out of trouble on third downs. The Bulldogs have allowed Bennett to manage the game with J.T. Daniels still injured, and while Bennett is far from spectacular, he also won’t lose the game for the Bulldogs. All he has to do is take what’s available, and Georgia should roll.

More Picks: Collin says to lay the points in the Big Ten match up >>>

It hasn’t mattered what Missouri has had to do ATS this season, the Tigers have failed to do it. Missouri is 7-23 ATS in its last 30 road games and 6-20 ATS in its last 26 games overall. Meanwhile, Georgia seems to go to another level in November, covering in 10 of 14 games in November and four of its past five games in the league.
When these teams have met, even if Georgia has to do most of the scoring, the over has been the play. The over is 4-1 in the past five meetings, and Missouri has seen six out of its past seven overs cash anyway, so it’s reasonable to expect another points-filled showing in this one.

It’ll be a bit cool for the Southeast, but it should still be pretty comfortable, with temperatures at around 57 degrees at kickoff on a sunny day. Winds will blow north-northeast at eight miles per hour.

This appears to be one-way traffic; the only question is just how bad the final margin of victory will be for Georgia. As long as the Bulldogs keep the ball on the ground, they can absolutely cover this spread, as I don’t expect the Tigers to even score in this one.