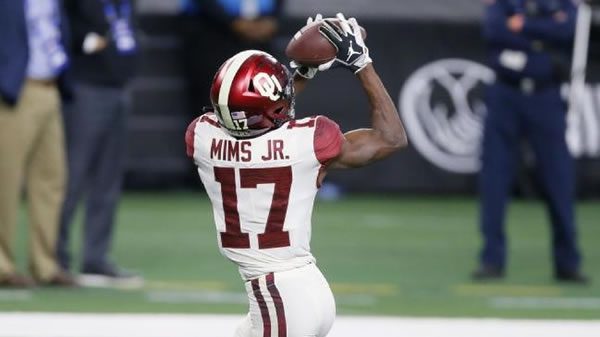 When these teams met 50 years ago, it was known as the Game of the Century. This time, it won’t be anywhere close to that kind of hype, as Nebraska and Oklahoma have gone in different directions over the past two decades. The Cornhuskers haven’t found the answer in the Big Ten, as they’ve slipped from competing in the Big Ten title game under Bo Pelini to watching the postseason at home under Scott Frost. Beating Buffalo marked the first time Nebraska had won consecutive games since 2019, another sign of just how much this program has struggled since Frank Solich departed.

Oklahoma, on the other hand, has traveled the road to success. The Sooners haven’t lost a non-conference game since 2016 and have just five losses in the regular season over their past four seasons. In fact, Lincoln Riley has never lost a non-conference game in the regular season in Norman and usually doesn’t come even close to being challenged. The Sooners haven’t looked their best in 2021, as they allowed Tulane to scare them in the second half of their opener, but they responded by flattening Western Carolina in a 76-0 demolition. Things weren’t much better for Nebraska the last time they made the trip to Norman: the Sooners hung 62 points on the Huskers in a 34-point victory, Nebraska’s worst loss to Oklahoma since 1990.

How the Public is Betting the Nebraska/Oklahoma Game

The public is leaning in the Sooners’ direction, but not enough to cause any changes to the line or the totals. Neither has budged, despite 64 percent of all tickets coming in on the Sooners.

Adrian Martinez is going to have the ball on just about every play, in large part because when he does touch the ball, he has a chance to make something special happen. Unfortunately, the ceiling and the floor have a wide gap between them. Martinez is equally likely to produce moments of magic as he is to produce a boneheaded play that hands the opponent a free possession or a score.

Nebraska’s biggest key is not to beat itself, as the Cornhuskers have been their own worst enemy for the past three seasons under Scott Frost. The Huskers are just 2-3 against FBS opponents in the non-conference, and one of the biggest reasons that they’ve struggled is because they’ve killed themselves with turnovers and don’t really have any other options besides Martinez. Gabe Ervin ran well against Buffalo, but any backs in the Huskers’ offense are still plan B compared to Martinez. However, nobody had more than three catches against Buffalo, which says that Martinez and his receivers aren’t completely on the same page.

The key for the Sooners is not taking their foot off the gas, which has really been a problem for Lincoln Riley’s teams in the past few seasons. Oklahoma nearly got bitten again in the opener against Tulane, giving up 21 points in the second half and nearly allowing the Green Wave to hand them a shocking defeat.

Part of the problem is that Spencer Rattler still doesn’t make the best decisions with the football, and as long as that continues, Oklahoma is going to continue to struggle to put teams away. The Sooners have all the pieces in place to be a special team. Their weapons are almost impossible for all but the best defenses to stop. But when Rattler makes mistakes, that’s when the Sooners are at their most vulnerable. Nebraska’s defense shouldn’t put up a lot of resistance, but eventually, Oklahoma could run into some issues.

Nebraska just hasn’t gotten the job done against good teams, which is why the Huskers haven’t been able to take a step forward under Frost. The Huskers are just 3-7 ATS against a team with a winning record and are a mere 2-6 ATS in their past eight games after winning the previous game. Meanwhile, Oklahoma has been as reliable as it gets as far as covering its numbers, as the Sooners have covered in eight of their past ten contests as a favorite and have covered in four straight against a team with a winning record.

Stopping Oklahoma’s offense has been virtually impossible, but the trends do suggest Nebraska can pull it off: the Huskers have played to the under in each of their past five contests as an underdog.

It’s going to be a scorcher on the plains of Oklahoma, as temperatures are set to hit 93 degrees on Saturday. It’s also going to be an incredibly clear day, which could lead to players fading in the fourth quarter as the heat gets to them. Winds won’t be a huge factor, with winds blowing at nine miles per hour heading southeast.

Nebraska has a history of actually playing teams tough when they’re not expected to win, but Oklahoma is on another level. The Sooners are one of the top teams in the nation in terms of talent, and so far, the only ones who have stopped them are themselves. As long as Oklahoma keeps its foot on the gas, it’s not likely that Nebraska can keep up.

The Huskers tried to buy their way out of this matchup, and there’s a reason for that. Give me the Sooners in this one. Bet ALL of your Week 3 college football picks and Week 2 NFL picks for free by taking advantage of a 100% real cash bonus on your first deposit of $100 to $1000 at Betnow Sportsbook!