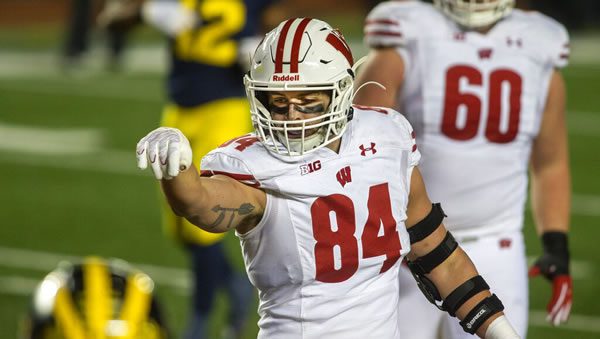 When: Saturday, November 13 at noon ET

Point Spread: NW +24/WISC -24 (Bovada - Check out their live betting platform! It’s off the rails! Most bookies only offer live wagering during commercials or halftime! This book offers lines during the WHOLE GAME! Plus, you get a 50% bonus and rebates on ALL your bets; win, lose or draw!)

Championship dreams are born in August, but they come true (or die) in November. The first College Football Playoff Rankings are out, and that really puts the remaining regular-season contests under a microscope as teams look to lock up the best bowl game possible. Wisconsin hit the six-win mark last week, making the Badgers bowl eligible for the 20th straight season, and they have a date in Indy ahead if they can win out and take the Big Ten West title. Northwestern has been a regular thorn in Wisconsin’s side, and the Wildcats can seriously derail Bucky’s momentum with a win and keep themselves alive for a bowl berth. These teams have split the last ten meetings with five wins each, but Northwestern has only won once in Madison under Pat Fitzgerald. The 24-point spread is one of the largest in recent years, the last time it was close was 2010 when Wisconsin won 70-23 as 23.5-point favorites. Northwestern has won each of the last four against the spread in this series.

Northwestern does not have a road win against the spread this season and is just 1-4 ATS in their last five road games overall. NW has been a good bounce-back team with a 6-2 ATS mark in their previous eight games following a straight-up loss. After a rough start to the season, Wisconsin has rebounded to win four of their last five against the spread overall, including a 4-0 ATS mark against the Big Ten. UW is coming off a 52-3 win against Rutgers and has posted a 7-3 ATS mark in the last ten, following a straight-up win. The home team has a 10-4 mark against the spread dating back to 2003, and the under is 7-1 in the last eight meetings in the series. As of Tuesday night, roughly 58% of the public money is on Northwestern, with just over 50% of bets coming in on the over.

Northwestern is heading for just its second losing season in the last seven years, and many of their current struggles reside on the offensive side of the ball, with their 18.2 points per game ranking 120th in the country. The passing game sits at 102nd, and a 37% conversion rate on third down has contributed to the 2nd-worst time of possession in the Big Ten. The Cats have started three different QBs this season, with Andrew Marty seeing the most playing time of late. Hunter Johnson was the Week 1 starter, and Ryan Hilinki has also played a fair share. Marty threw three interceptions against Iowa, and it could be time for another change as consistency at the position remains hard to come by. The trio has combined for 12 touchdown passes against eight interceptions, and there is a chance that more than one sees action against a stout Wisconsin defense. Evan Hull has been a bright spot for the offense as he leads the team with five rushing touchdowns and averages 6.2 yards per carry. Stephon Robinson and Malik Washington are respectable playmakers on the outside, but offensive line injuries have hurt the QBs ability to find them in space and allow for plays to develop downfield. The defense has been the key to success in recent seasons for NW, but this year has seen a less than stellar effort across the front, and the Wildcats rank 125th in rush yards allowed. They do have very good numbers against the pass, ranking 18th in yards allowed, with CBs Brandon Joseph and A.J. Hampton as one of the better secondary duos in the conference.

Wisconsin has to be one of the biggest turnaround teams of 2021, as they now look like the division winners they were supposed to be after a dismal start. During their current five-game winning streak, Wisconsin is allowing 7.4 points and 186 yards per game on defense while racking up 270 rushing yards on offense. That is the winning identity for this team, and it appears that the Badgers have found something tangible. The Rutgers game was a get-well contest for QB Graham Mertz who threw for 240 yards and three scores. That brought his TD total to just six on the season, but it was encouraging to see Mertz push the ball down the field and bring some big-play ability to the pass game. Braelon Allen hit the 100-yard rushing mark for the fifth straight week, and he needs 339 yards over the last three games to hit the 1000-yard mark on the season. Chez Mellusi sits at 815 rushing yards but is listed as doubtful after leaving last week’s game early with a knee injury. TE Jake Ferguson leads the team with 27 catches and has at least one reception in every game he has played during his career. There are nearly no words for how good this defense has been, and they enter the week 1st in total yards, rushing yards, yards per rush, and third downs conversions allowed. The defense has generated 12 turnovers in the last three games after recording just three in the first six weeks combined. Leo Chenal and Jack Sanborn are the leading tacklers, while Nick Herbig leads with seven sacks.

Wisconsin Cruises but 24 is Too Much

This series has seen way too many 17-7 and 20-14 kind of scores for me to feel comfortable with Wisconsin running away from Northwestern as they did against Rutgers. This Wildcat team may be underperforming, but they are rarely underprepared, and they have always found a way to keep things close against the Badgers. The one troubling thing for NW bettors is that the current weaknesses of this team do not match up well against Wisconsin’s strengths. The Badger running game is potentially in for its biggest day of the season, and the play-action game can hit when that ground game is working. Northwestern has stayed in some games with some good running of their own, but Wisconsin is allowing just 1.9 yards per carry, and NW will have to turn to the pass, which gives the Badger pass-rush opportunities. The implied odds of this game have Wisconsin winning in a 33-8 scenario. That 33 is a big number for this team to get to and they have just twice so far with 34 against Eastern Michigan in Week 2 before scoring 52 last week. Wisconsin has not allowed a point on an opening drive this season, so look for them to jump out to a lead and be in control throughout but Northwestern can bog this game down and stay within the 24-point spread. Wisconsin can keep their eye on Indy with a 27-9 victory, but that gives Northwestern the ATS win.

Ted Walker’s Pick to Cover the Spread: Northwestern Wildcats plus the points. Bet NW at +44 by inserting them into a massive 20 point college football teaser only found at Wagerweb!