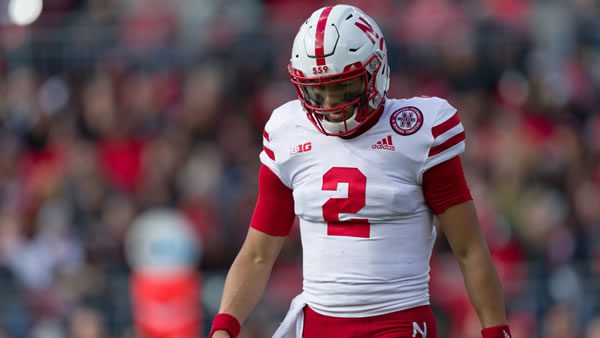 This could be the end of the Scott Frost era in Lincoln, as the Cornhuskers have to run the table just to be eligible for a bowl game. Nebraska has yet to qualify for a bowl in Frost’s tenure, and it’s looking pretty bleak for the Huskers here, as they’ve got to stop Ohio State’s top-ranked offense somehow and earn a win over the Buckeyes for the first time since 2011.

Based on how the Buckeyes have looked over the past few weeks, that scenario looks pretty close to impossible. Ohio State has been putting up points like nobody’s business and even managed to put up 33 on Penn State’s defense, which is the rough equivalent of scoring 50 on an average defense. Before that game, the Buckeyes had averaged 56.7 points per game, and the Huskers’ defense is a lot closer to the likes of Maryland than it is to Penn State. With both teams putting up a ton of yards, this looks like it’s going to be a scoring contest, which isn’t really the kind of game Nebraska wants to get into against the Buckeyes.

How the Public is Betting the Ohio State/Nebraska Game

The Buckeyes have been getting most of the bets, as 74 percent of all tickets have come in on them. However, the spread hasn’t budged past the -14.5 number. The total, on the other hand, has jumped from 63 to 64.5.

Between C.J. Stroud and TreVeyon Henderson, opponents really need to pick their poison when facing the Buckeyes. Ohio State has been lighting it up from anywhere on the field, as it’s averaging 547.6 yards per game and has topped 40 points on six occasions this season. The Buckeyes have had no problems lighting it up against Nebraska since this became an annual series, as they scored 100 points the past two games against the Huskers and have scored at least 50 in four of their past six meetings.

The big question is how Ohio State chooses to attack Nebraska’s defense, as the Huskers have been a fair amount better against the pass than they have against the run. Nebraska did slow down Kenneth Walker when the Blackshirts went up against Michigan State, but they also had real problems against Hassan Haskins when facing Michigan. The Buckeyes will likely start out with the ground game and switch to the pass if that proves ineffective, so counterintuitively, if the Buckeyes get off to a fast start, it might be better to bet the under, as an effective ground game means a constantly moving clock.

Unlike Ohio State, Nebraska only has one real offensive threat, and it’s quarterback Adrian Martinez. Martinez has one of the highest ceilings in the Big Ten, as he’s always capable of coming up with a spectacular play, but with seven interceptions, he’s also got one of the lowest floors in the league.When Martinez makes the right decision, he’s been incredibly tough to stop, but when he isn’t making plays, Nebraska’s offense has been prone to disasters that quickly put the game out of reach for the Huskers. Against Purdue, Martinez was at his worst, as he never got going on the ground, failed to complete half of his passes, and was intercepted four times. With Ohio State likely to put up a lot of points, this could lead the Huskers to try to force the issue a bit too often.

Get the Zman’s Hoosiers vs. Wolverines Point Spread Winner >>>

In this series, points have been the way to bet. 2019 was the only meeting to come in under 60 points, and even that came close in a 48-7 rout for the Buckeyes. Nebraska has been so overmatched in this series that even sticking close could likely be considered a victory, as the Huskers have only stayed within 25 points once in the past six meetings, a five-point loss in Columbus. Otherwise, the bet to make here has been Ohio State to cover and hit the over by itself.

This won’t feel like football weather in the Midwest, as temperatures are set to hit 67 degrees at kickoff in Lincoln. Wind will blow at a mild seven miles per hour to the Southwest.

I can’t see Nebraska staying in this game, even with this meaning so much to the Huskers. Nebraska just doesn’t have the talent to stick with the Buckeyes, and Ohio State needs style points to ensure it doesn’t get lapped by Oklahoma for the College Football Playoff when the Sooners start to play better teams.
The Buckeyes need a big number, and I think they get it. Give me Ohio State. Question: Have you seen the live betting platform at Bovada Sportsbook? Most online bookies only offer the ability to live bet during commercials and halftimes. At Bovada, they have a line posted for the whole game! Both sides AND totals! Thy also offer a 50% bonus up to $250 AND rebates on ALL your bets whether they win or lose! Click here to check them out!