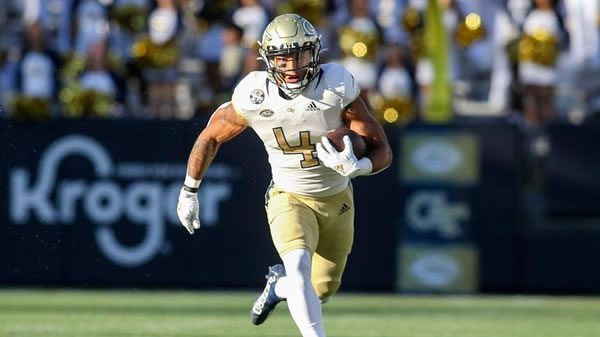 This season, the Rebels have an overall record of 2-0 and have yet to play a game in the SEC.
For the year, the Rebels posted a .500 record on the road, going 2-2. In their last 3 away games,
they went 2-1-0 against the spread.

This week, the Rebels will look to pick up another win, as they are coming off a 59-3 win over
Central Arkansas. With the 56-point victory, Ole Miss also covered the spread. In the win, Ole
Miss completed 56.2% of their 32 passes, 4 of which resulted in touchdowns. The team ended the
game with 3 rushing touchdowns, along with a total of 233 yards on the ground.

Quarterback Jaxson Dart comes in the game having completed 28 of 42 passes for a passer rating
of 104.86. Overall, he has a total of 336 passing yards. Wide receiver Jonathan Mingo, has come
up with the most production for the team, with a total of 129 receiving yards. The top option in
the run game for the team is Quinshon Judkins, who has carried the ball 24 times for a total of
191 yards.

The Yellow Jackets come into the game with an overall record of 1-1. This includes going 0-1
in Atlantic Coast action. This year, Georgia Tech will look to play better at home, as they
finished the season with a below .500 record at 2-5. In their last 3 home games, they posted an
ATS mark of 2-5.

In their previous game, Georgia Tech knocked off Western Carolina by a score of 35-17.
However, despite the road win, the Yellow Jackets did not cover the spread, as they were 24.5
point favorites. To finish the game, the Yellow Jackets had a yards per completion figure of 12.5
and a total of 100 yards through the air. However, they did not come up with a touchdown pass
through the air. The team ended the game with 5 rushing touchdowns, along with a total of 243
yards on the ground.

The team’s leading quarterback is Jeff Sims, who comes into the game with a passer rating of
62.15 on a completion percentage of 58.5%. Through the air, the team will be looking for a big
game from leading receiver Nate McCollum. On the season, he has caught 7 for 72 yards. The top
option in the run game for the team is Dontae Smith, who has carried the ball 20 times for a
total of 132 yards.

Heading into the game, the Rebels are ranked 30th in points per game.

This season, Ole Miss has struggled to move the ball through the air, averaging just 222.0
passing yards per game. This week, the Rebels will be facing a Georgia Tech defense that is
ranked 107th in pass yards allowed per game. So far, they are averaging 277.0 yards per game when
facing defenses ranked outside the top 50 in passing defense.

The Rebels will look to once again play well defensively, as they are currently 7th in points
allowed at 6.5 points per game allowed.

Heading into this week’s matchup, the Yellow Jackets will look to improve their offensive
output, as they are ranked just 100th in the NCAA in points scored.

This season, the Yellow Jackets have struggled to move the ball through the air, averaging
just 132.0 passing yards per game. This week, the Yellow Jackets will be facing an Ole Miss
defense currently ranked 142nd in pass yards allowed per game. So far, they have not faced a
defense ranked outside the top 50

So far, the Georgia Tech offense is averaging just 158.0 yards per game on the ground. This
production has come on an average of 32.0 rush attempts per game (94th). This week, the Yellow
Jackets will be facing an Ole Miss defense that is 15th in rush yards allowed per game. So far,
they have averaged 73.0 yards per game when facing top 25 rush defenses.

Heading into the game, the Yellow Jackets will hope for some improved play from their defense,
as they are currently 89th at 29.0 points per game allowed.

Yellow Jackets +16.5. Rough weekend last week? Instead of re-depositing at your book and receiving a crappy reload bonus (or nothing), you should consider grabbing a 125% real cash bonus up to $400 by using bonus code PREDICTEM at GTBets Sportsbook! They’ll also give you a FREE half point everytime you bet your favorite college and pro football teams, as well as your favorite college and NBA basketball teams!