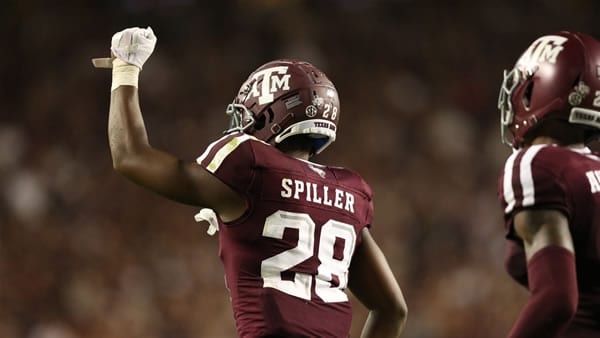 We’ve got one last bowl game before the College Football Playoff championship game, and it’s a “put up or shut up situation” for Texas A&M. Aggies fans have been irritated that they didn’t get their shot at the playoff after Notre Dame got drilled by a fully healthy Clemson squad, but now they’ve got to get a win here to justify their complaints, as they’re facing a North Carolina team that lost by two touchdowns to Notre Dame earlier this year. The Orange Bowl has been Jimbo Fisher’s game, as he’s coached in this game twice and won them both, part of a 7-2 overall bowl record.

Against North Carolina, he’s facing a complete enigma. One of the biggest problems with Carolina is that you never know what you’re going to get from Mack Brown’s squad. The Tar Heels drilled Miami to end the season on a high note, but they also ended up with a pair of head-scratching losses to a bad Florida State squad and a mediocre Virginia team. The only known entity with the Tar Heels is that their offense is likely to play a huge role in the game: Notre Dame is the only team in Carolina’s past seven games to hold the Heels under 40 points.

Both the public and the money are backing the Aggies in this one, as 55 percent of tickets have come in on Texas A&M, and the line has jumped from -6 to -7.5, pushing it above the critical number. The total, however, is dropping, falling from 69 to 65.5.

Kellen Mond is the rare senior who not only wants to stick around and finish what he started in the bowl game but also might use the free year the NCAA granted everyone who chose to play during the pandemic. Mond has teased the possibility of coming back for a second senior season in College Station, but as he’s likely to be graded as a first-round choice in the NFL Draft this year, there’s a good chance this will be his final game in the maroon and white of Texas A&M.

Either way, he’ll be running an offense that doesn’t have the most eye-popping numbers but does get the job done. Mond has only thrown for 2,050 yards and 19 touchdowns, but his success comes from spreading the ball around and not forcing the issue. As a team, the Aggies have turned it over eight times all season. They’ve also got a quality back in Isaiah Spiller, who’s been the main man for the Aggies and has 986 yards to his name. With Carolina missing its middle linebacker, Spiller should have plenty of space.

Tight end Jalen Wydermyer is the only A&M receiver to top 500 yards on the year, but he’s one of six Aggies with at least ten catches on the season. This isn’t an offense that’s going to bury you early and often; it’s one that’s going to take what’s available and put up points a little at a time. Either way, it’s still effective.

The two big questions for the Heels is how well the team will handle a moment that’s new to everyone in the program and how well the team will handle losing three of its best weapons. Unless there’s a staffer I’ve overlooked, nobody on the Tar Heels’ sideline was actually alive the last time the Heels played in a major bowl (Mack Brown was born in 1951, two years after North Carolina’s appearance in the 1949 Cotton Bowl).

The bigger issue is what this offense will look like without Williams, Carter, and Brown. No. 3 running back D.J. Jones is also out, which means North Carolina’s top rusher on the field is…quarterback Sam Howell. Given that Howell averages 1.5 yards a carry, that’s not a good thing. The next man on this list is Elijah Green, who has all of 10 carries on the season. Throw in that Brown, and his 1,099 receiving yards won’t be on the field, and you have to wonder what North Carolina has left. Dazz Newsome is the only receiver left with more than 300 receiving yards on the season, which means Carolina is down to two of its top six receivers who are both healthy and planning to be on the field.

That’s a shame because Sam Howell had a fine season at quarterback, and this game should be a culmination of the progress North Carolina made all season. But without his weapons, it’s hard to see this going well. I can’t see how Howell moves the ball against a solid Texas A&M defense with the rest of the Carolina offense looking like a shell of itself.

The biggest reason for Tar Heel fans to hope is the ACC’s history in the Orange Bowl. North Carolina has never played in this game before, but the ACC has acquitted itself very well ever since Clemson’s 70-33 disaster against West Virginia in 2012. Since that nightmare, the ACC has sent a team to this game in seven of the past eight years (the Orange Bowl matched Alabama and Oklahoma in a CFP semifinal in 2018), and the ACC team has covered in six of seven matchups. The one exception was Miami, the team that actually calls this stadium home but lost by 10 to Wisconsin as a 7-point underdog in 2017.

However, Jimbo Fisher hasn’t forgotten how to dominate the ACC since leaving Tallahassee for College Station. The Aggies have covered in four straight against ACC competition, and two of those ATS wins were against Clemson. Winning outside the SEC has been second nature for the Aggies under Fisher; they’ve covered in 11 of their past 13 games against non-SEC teams.

As for the total, A&M’s trends favor a high-scoring game, while Carolina’s go in the opposite direction. The over is 6-2 in the Aggies’ past eight against ACC competition, while Carolina has seen the under cash in four straight against SEC foes. However, the Heels haven’t played an SEC opponent since 2016, so take that with a grain of salt.

Some things never change, and pleasant weather in January in Miami is one of them. Expect temperatures of 66 degrees at kickoff, with no precipitation and wind blowing six miles an hour to the south-southwest.

The only thing that I’m worried about here is whether Texas A&M is really up for this game. The bowl history is littered with teams who feel like they got shafted by the bowl selection committees and failed to show up for a game (see: Kansas State in the 1998 Alamo Bowl, California in the 2004 Holiday Bowl, Alabama in the 2009 Sugar Bowl) in which they had no interest in playing. But Texas A&M was never supposed to get to this point this season, and the Aggies didn’t have anyone opt out of the game as North Carolina did.

Plus, North Carolina was just way too inconsistent for me before they lost both of their top running backs. There’s no way I want to trust the Tar Heels with 7.5 points in a game where A&M could easily hit the gas and leave the Heels in the dust, especially with Carolina likely unable to control the clock. The one thing I feel confident in here is that there will be plenty of points, as I can’t see North Carolina stopping A&M’s attack. To me, the best bet on the board is A&M to score at least 37 points. As for the spread, I’ll buck history and go with the full-strength Aggies. Double your bet by taking advantage of a 100% REAL CASH bonus on your first deposit of $100 to $300 at MyBookie! (You must use bonus code PREDICT100 to receive the bonus).