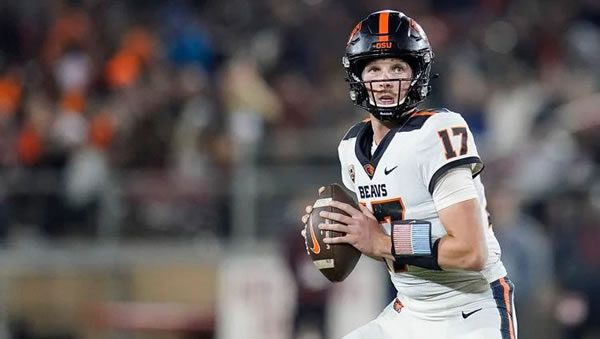 The Oregon State Beavers come to Seattle to battle the Washington Huskies in a Friday night Pac-12 battle from Husky Stadium. With some big games still lying ahead and both of these squads at 6-2, you can easily identify this as a huge game for both teams. The winner is still in the sweepstakes for major things, while the loser will be forced to pick up the pieces. Both teams will enter this contest rested, having had last week off. Leading into the break, the Beavers did their part, handing Colorado a 42-9 drubbing. Washington’s 28-21 road-win over Cal two weeks ago has both teams entering this one in good form. Who can get us the cover in Seattle on Friday?

The Trajectory of Both Teams

After a week off, in combination with other teams in the Pac-12 getting far more publicity, maybe we need a reminder on where each team stands heading into this key battle. Washington started the season faster than some thought they would, scoring an early-season win over Michigan State and getting off to a fast start in conference play. Losses in the Pac-12 to UCLA and then, more surprisingly, to Arizona State, set them back. They come into this with two straight wins, but in muted wins over Arizona and Cal where they didn’t cover the spread, we’re seeing a Huskies team struggling to capture its prior form.

The Beavers also began fast with a 3-0 start and like Washington, they saw things go a little south. It was understandable against a good USC team and then having to go into Utah. Since then, they’ve won three times in a row with wins over Stanford, Washington State, and Colorado. One could say their 6-2 record is slightly more impressive with a narrow 3-point loss to Southern Cal, along with a few more dominant performances against lesser conference opposition. Not to mention that last season in Corvallis, the Beavers were able to beat the Huskies, 27-24, on the strength of a last-second field goal.

With Michael Penix, Jr. and the Washington aerial attack, you’re looking at a flourishing aspect of the Huskies profile, the top-ranked passing offense in the nation. Penix, Jr. is nearing 3000 yards passing with a 22 TD/4 INT spread. Rome Odunze and Jalen McMillan are top receivers in the conference and have combined for 12 TDs through the air. You could say the run is more of an afterthought, though Wayne Taulapapa is a weapon who can do damage. Oregon State’s weakness on defense is their aerial coverage. They’re not what you would call bad, but they’re barely average and we’ve seen them allowing gobs of production in stretches more than once this season.

At the same time, Washington isn’t terribly balanced, either. They favor the pass heavily, but they can’t cover on defense, quite the shocking development for a Washington defense that has been a factory for NFL DBs in recent years. This season, it’s a big struggle and while Oregon State and QB Chance Nolan (questionable) is not known for airing it out, you could see them being successful in this spot. Unfortunately for the Beavers, they are more of a running team, relying on a three-headed running back attack, but there has been some optimism aerially.

With the time off, you’d think Oregon State would have a better chance of getting Nolan back in there after missing the last three games. With backup Ben Gulbranson leading the Beavers to three straight wins, while showing a little more life in his arm than Nolan had been, one wonders if there’s a little bit of a QB controversy brewing. At the very least, not having Nolan back in there this week might not be so bad against a dicey Washington pass-defense that Gulbranson theoretically could greater exploit.

Boiling it Down to Points

In a game with so much give-and-take from a matchup analysis point of view, one is almost coaxed to look at the simple notion of scoring points at this level. It’s not the top level of the Pac-12, but it’s certainly not the bottom-half of the conference, either. At this level, you wonder if Oregon State can force that kind of muted resourceful type game where they’re controlling the game on the ground. That seems like an equation better suited against teams they’ve been beating. When playing these conference teams that can pour it on a little bit, they’re left with less options. They’re not a team built to come from behind very well or acquit themselves well in games that take on any kind of shootout vibe. They can go on big scoring runs against lesser teams and maybe this Washington “D” offers them another chance to do so. It’s just hard to not notice how the points have been harder to come by for the Beavers the higher they go up on the Pac-12 pecking order.

I don’t doubt that Oregon State can try to make this a grind on what might be a rainy day at Husky Stadium. If conditions force more of a ground game, that would suit the Beavers. I just suspect that facing a good conference offense, or at least one capable of doing one thing well, is out of the Beavers’ wheelhouse, especially on the road and against a team whose one good thing is an aerial offense. I see the Huskies getting a little distance late, winning and covering the spread at home on Friday.

Loot’s Pick to Cover the Point Spread: I’m betting on the Washington Huskies minus 4.5 points. Bet your Week Ten college football predictions for FREE by scoring a 100% real cash bonus on your first deposit up to $500 by using bonus code PREDICTEM at Betnow Sportsbook!