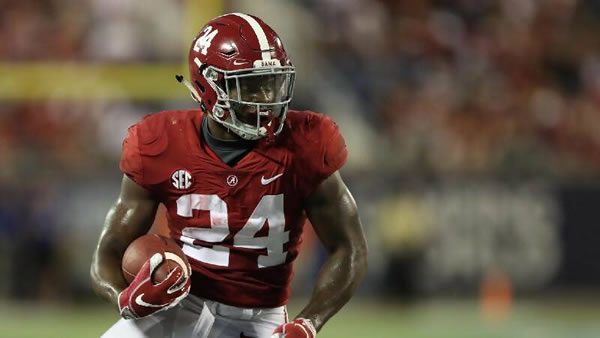 That Alabama is going to win this game isn’t a question. The question is how much Alabama will win by and how many points the Crimson Tide feels like they need to put up after the Florida game. Alabama got pushed like nobody has pushed it since before the pandemic, nearly losing to the Gators in a game they had control of after 15 minutes. That’s not likely to sit well with Nick Saban, and if the Tide wants to put up a huge number, it’s difficult to see Southern Miss hanging around. But does the Tide want to put up a big number? Not only does Alabama usually back off when it faces a lesser foe, but the Tide has a much more important game next week against Mississippi, which has suddenly become a much more potent challenger to Alabama’s dominance of the SEC West. On the other hand, the Golden Eagles have mostly been cannon fodder in 2021, losing to a pair of lesser conference foes in South Alabama and Troy and scoring less than 10 points in each game. With Conference USA seeing its season begin next week, a blowout loss here to Alabama is about the last thing the Golden Eagles need, but it’s something they appear powerless to stop. How the Public is Betting the Southern Mississippi/Alabama Game The public is backing Alabama as usual, as 62 percent of tickets are on the Crimson Tide. The spread has ticked up, as a result, going from -44.5 to -45. The total has also risen from the starting number of 57 to 58.

When Southern Mississippi Has the Ball

With Trey Lowe, Southern Mississippi’s offense hasn’t been that good. Without him, the Golden Eagles could become a royal mess, as they’ve managed a mere 16 points against FBS competition in 2021 and have never really been in the game against their foes. Jakarius Caston has stepped up as a freshman to lead the team in receiving yards, but when your best pass-catcher is a freshman, and he’s not exactly lighting the world on fire, that’s a really bad sign for your offense. The Golden Eagles can at least move the ball on the ground thanks to having Frank Gore Jr. chewing up yards, but the son of the NFL legend cannot be a one-man wrecking crew if Southern Miss hopes to stay with Alabama. Gore will almost certainly get the bulk of the work in this one, as keeping him moving is the Golden Eagles’ best hope of staying in the game. But chances are, it’s not going to be enough.

For a quarter, Alabama was able to do basically anything it wanted against Florida. And then the worm turned, and the Tide found themselves in a tight battle for SEC supremacy against an opponent who would not fold. Alabama survived in the end, but the Tide certainly learned that they’re going to get everyone’s best shot for the rest of the way. However, this game is more about Alabama itself than it is about anything that Southern Miss might do on defense. The Golden Eagles have done well against the run, but they haven’t seen anything as talented as Brian Robinson in the backfield or Bryce Young at quarterback. As long as Alabama is on the same page and actually tries to put up points, it should be able to do anything it wants. But again, there’s the question of how much damage Alabama wants to do. The Tide found out the hard way how much the SEC is gunning for them, and Miami’s recent rout at the hands of Michigan State suggests that the win over the Hurricanes really wasn’t as impressive as it appeared at first glance. Whether Alabama puts up big numbers depends on whether Saban chooses to build his players’ confidence with a dominant win or rest them to get prepared for Mississippi. More Picks: Get Dan’s Texas A&M at Arkansas Predicted Point Spread Winner >>>

When a powerful opponent like Alabama takes on a lesser squad like Southern Mississippi, it’s usually a good idea to take the underdog because the Tide usually doesn’t get the job done against weak teams. Alabama is only 10-18-1 ATS in its last 29 against Group of 5 squads, mainly because the Tide is usually giving 40 or more points and just doesn’t feel the need to cover that much of a spread against a clearly overmatched opponent. However, Southern Miss has had a problem in its past few non-conference games, as it’s only managed to cover in one of its past nine games outside of Conference USA. That’s often because the Golden Eagles play buy games, but it’s also because they don’t get off to good starts to the year, covering just one in their past eight contests in September. Points might not be what happens here because Alabama has actually been an under team when facing the squads of C-USA: the Tide have gone under in six of their past seven games against C-USA foes.

It’s likely to be a nice day in Tuscaloosa, as temperatures are going to fall into the 60s or even lower by the time this game gets kicked off. The wind isn’t likely to be a significant factor here, as it will blow at just four miles per hour to the north-northwest.

I don’t really expect Alabama to put up a big number in this one. I think Saban is likely to back off and get his team ready for a much stiffer challenge from Mississippi, and that’s going to allow the Golden Eagles to sneak in a cover. Give me Southern Miss plus the points here. Question: Did you know that you could be wagering on games at -105 odds? Do the math and figure out how much you’d save betting at -105 instead of -110! When you see how massive it is, head over to BetAnySports and start taking advantage of that fat discount!