Sportsbooks Move Washington to -17 vs Colorado 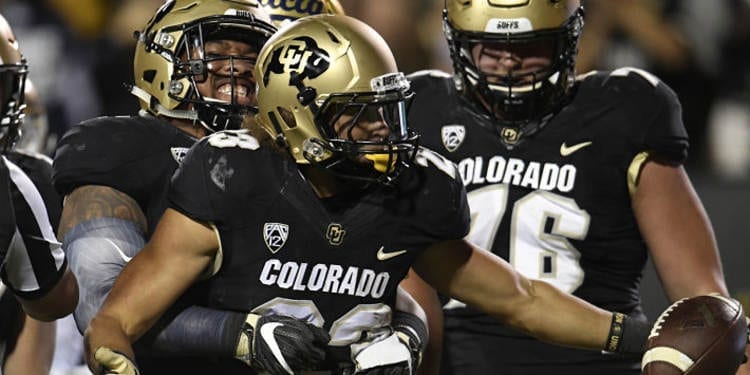 Huskies need this win—wait, Colorado needs this win! And sportsbooks need this win after opening up a straddle leaving players to be able to bet good numbers at both sides and pull a win. Bookmakers moved the line from 15 up 17 since it opened. That means if you followed this market you are likely focusing on the underdog Buffaloes. Good. So are we!

After losing to Oregon last week in overtime the Huskies will need to run the rest of the table if they want a chance for an elite bowl game. However, Colorado is no slouch as they come in with just the one loss to USC. The Huskies are always tough at home and you can bet after losing pretty much any chance at a National Championship they will take their frustrations out on the Buffaloes. Colorado dropped from No.19 and out of the AP Top 25 after their loss but still ranked No. 25 in the Amway Coaches poll.

Buffaloes cover if they clean up mistakes

Colorado is disappointed in their play versus USC as they got beat routinely in the secondary, had a poor day offensively, and when it mattered most in the second half the Buffaloes got stung for four holding calls. You can’t expect to win against a good team with these kind of issues—the Huskies will take advantage of everything given to them and then some. Another aspect of the game will be if the Buffaloes handle the clock differently as they let some valuable time run off late in the USC loss which may or may not have helped them get points and or edge closer to a potential comeback. Colorado QB Steven Montez will need to lead his team if they intend to compete with the Huskies. If Colorado fixes the errors they should cover this point spread.

The Huskies dominate the SU and ATS

Washington is 6-0 straight up and against the spread versus the Buffaloes since they have started this rivalry. The Huskies have averaged over 40 points per game when playing Colorado while the Buffs have only averaged 13 ppg. The Huskies had won five games in row until the loss to Oregon but now they look to rebound with a balanced attack and behind the leadership of QB Jake Locker—he is the spark plug. Washington still sits atop the Pac-12 North with a 3-1 record so they have a lot to play for regarding where they end up in the post season. Huskies get the obvious advantage here.

Rushing, and QBs: This will be a different Buffaloes squad than in previous years—they are more experienced. Colorado has out-gained all but two of their opponents this season and out-rushed all but one—RB Trevon McMillan had three 100-yard rushing games until USC held him to just 32 yards. If they can maintain offensively they should be able to run with the Dogs in Seattle. Meanwhile, UW RB, Miles Gaskin has rushed for 623 yards and averages 4.5 yards per touch. In addition, the QB matchups will go in UW’s Jake Browning’s favor as he is a top playmaker who has thrown for over 1700 yards and 10 touchdowns while Colorado’s QB Steven Montez may be without his top receiver Laviska Shenault Jr. who was wearing a boot to protect an injury to his toe. All said, we like the Huskies with the advantage in the key matchups.

Washington is 11-0 straight up in its last 11 games at home. The total has gone under in 6 of the Husky’s last 7 games. The total has gone under in 7 of the Buffalo’s last 8 contests where the average total was 55.13. Washington won this game last season 37-10 as they covered an 11-point spread. This year’s line seems to be a little high currently at UW -17.5; the Huskies should win this contest but the right move here will be to take the Buffaloes plus the points. Huskies win but a better Colorado team covers the points.

Wilson’s Pick to Cover the Point Spread: The Colorado Buffaloes cover. Luck to ya.