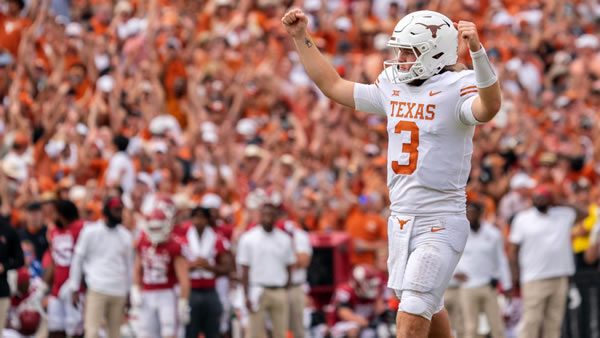 The Horned Frogs come into the game with an overall record of 9-0. This strong play includes
going 6-0 in Big 12 action. This season, the Horned Frogs have been favored in 7 games while
posting an ATS mark of 6-1-1. Their average over-under betting line is 59.28 leading to an
over-under record of 5-3.

In their last game, the Horned Frogs are coming off a 34-24 win over Texas Tech. In addition,
they added an ATS win, as they were 8.5 favorites on the spread. In the game, TCU finished with 2
touchdowns through the air while throwing for 195 yards. On the ground, the team ended with 1
rushing touchdown while averaging 4.6 yards per carry for a total of 234 yards.

Max Duggan heads into the game as the team’s top quarterback, with a current passer rating of
127.54. So far, he has completed 161 passes for a total of 2407 yards. Quentin Johnston leads the
team’s receiving corps with 42 catches for a total of 650 yards. The top option in the run game
for the team is Kendre Miller, who has carried the ball 153 times for a total of 1009 yards.

The Longhorns come into the game with an overall record of 6-3. This strong play includes
going 4-2 in Big 12 action. This season, the Longhorns have been favored in 7 games while posting
an ATS mark of 5-3-0. Their average over-under betting line is 52.28 leading to an over-under
record of 4-4.

In their previous game, the Longhorns picked up a 34-27 home win over Kansas State. This was
an impressive victory as they were also the 3.0-point underdogs. The team finished the game by
throwing for 2 touchdown passes. Overall, the Longhorns had 197 passing yards on a completion
percentage of 58.1%. The team ended the game with 2 rushing touchdowns, along with a total of 269
yards on the ground.

Heading into the matchup, Quinn Ewers has an overall passer rating of 95.44 on a total of 1336
yards. Thus far, he has thrown for 13 touchdowns and 5 interceptions. Through the air, the team
will be looking for a big game from leading receiver Xavier Worthy. On the season, he has caught
40 for 552 yards. The top option in the run game for the team is Bijan Robinson, who has carried
the ball 192 times for a total of 1129 yards.

TCU has gone 9-1-0 over their last 10 contests, including posting an ATS record of 7-2-1. They
maintained a positive scoring differential in these games by averaging 40.2 per game and allowing
29.0. Their last 10 over-under record is 7-3-0.

Over the Longhorns’ last 10 games, they have a strong record of 7-3, while also going 7-3
against the spread. The team’s average scoring differential was 13.4, as they averaged 34.7
points per game. Defensively, they allowed an average of 21.3. Their last 10 over-under record is
4-6-0.

Texas has played well in their previous 5 home games, going 4-1-0 straight up. In this
stretch, they averaged 34.8 points per game while allowing 18.2. The team also performed well vs
the spread at 4-1-0.

So far, the Horned Frogs are averaging 43.11 points per game on offense, which is good for 3rd
most in college football. This week, they will be taking that offense up against a defensive unit
allowing an average of 21.78 points per game.

This week, TCU may look to throw the ball more than they have, as they are below the NCAA
average in pass attempts per game but rank well in yards per completion. In addition, they should
have plenty of time to work the ball down the field, with Texas ranking just 92nd in sacks per
contest.

On the ground, the TCU offense is averaging 219.67 yards per game, good for 13th in the
country. This has come while ranking 41st in attempts at 39.0 per game. This week, the Horned
Frogs will be facing a Texas defense that is ranked 37th in rush yards allowed per game. So far,
they are averaging 234.0 yards per game when facing top 25 rush defenses.

So far, the Longhorns are averaging 36.11 points per game on offense, which is good for 24th
most in college football.

Not only are they playing well offensively, but they have a good matchup against a defensive
unit averaging 26.89 points per game and has had problems getting off the field on third
down.

A key to the Longhorns’ chances in this matchup will be their ability to find some measure of
success in the passing game. Throughout the season, they are a below-average unit in pass
attempts per game and will be facing a TCU defense that is allowing opponents to complete passes
at a rate of just 64.6%.

This season, the run game has not a big part of the Texas offense, as they are averaging just
36.11 attempts per game. With their limited opportunites, they have an average of 192.44 yards
per contest, good for 35th in the NCAA. This week, the Longhorns will be facing a TCU defense
that is ranked 95th in rush yards allowed per game. So far, they are averaging 208.86 yards per
game when facing defenses ranked outside the top 50.

TCU +7. Check out this incredible offer! Get a 125% REAL CASH bonus up to $400 and get a FREE HALF POINT every time you bet your favorite NFL, college football, NBA and college basketball team! Get all this plus a sweet player rewareds program by signing up and entering bonus promo code PREDICTEM at GTBets Sportsbook! They’ve been with us for over 10 years with ZERO complaints!