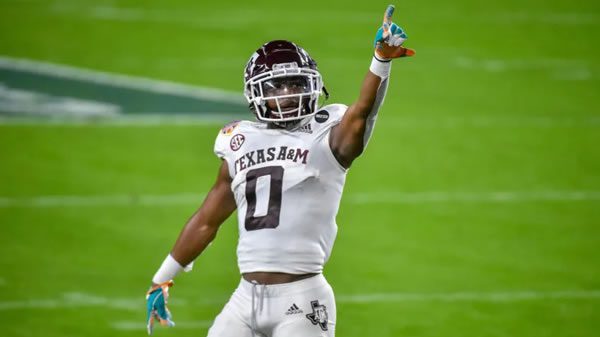 Beating Alabama proved to be the springboard for Texas A&M, which is now sitting pretty as far as potentially making it to the New Year’s 6 if it can run the table and has an outside shot at winning the SEC West and playing in the SEC title game. Whether that would be a good thing is debatable, as it would mean getting fed to Georgia, but if Auburn were able to upset Alabama and the Aggies won their final two league games against Mississippi and South Carolina, A&M would own the tiebreaker over both the Tide and the Tigers and would thus go to Atlanta to face the Bulldogs.

Mississippi has no shot to reach the SEC title game unless Alabama has a complete pratfall and loses to both Arkansas and Auburn, but that’s probably for the best as far as the Rebels’ goals are concerned. Mississippi is far more concerned about winning its final three games, getting 10 wins and getting into an NY6 game. If Mississippi can win out, not only would Matt Corral have a shot at the Heisman, but the Rebels would almost certainly be on their way to a top-tier game because there’s no way that they’re going to accidentally get into the SEC title game and hurt the resume with a loss to Georgia. But getting there would require breaking a three-game losing streak to Texas A&M, as the Rebels haven’t beaten the Aggies since a 29-28 win in College Station in 2016.

How the Public is Betting the Texas A&M/Mississippi Game

The public is siding with the Aggies in this one, with 62 percent of tickets coming in on Texas A&M. The spread has ticked up accordingly, going from -2 to -2.5. The total has not changed.

Isaiah Spiller needs to take over the game if the Aggies are going to get the cover here, as the back should have a field day against Mississippi’s soft run defense. The Rebels are giving up 194 rushing yards per game, and Spiller is averaging more than six yards per carry, which should allow A&M to keep Mississippi’s powerful offense off the field.

Texas A&M’s pass attack isn’t all that strong, but it’s good enough to get the job done in most games. But this isn’t a game in which the Aggies really need Zach Calzada to take control of the game in order to win, and they’re probably better off if Calzada keeps the ball out of his hands as often as possible. It’s not that Calzada’s performed poorly this season (even if he has seven interceptions against 12 touchdowns), but it’s more that the best way to keep the Rebels silent is to keep the ball out of Matt Corral’s hands. The more possessions and time Corral gets, the harder this will be for A&M.

While A&M wants to keep the clock running, Mississippi wants to keep the points coming. Matt Corral has had an incredible season to this point and has been able to make plays with both his arm and his legs, accounting for 26 touchdowns on the season. However, this is one of the strongest defenses he’s faced all season, as the Aggies have only given up 31 points in the past three weeks and will likely force Mississippi to take its time with its drives as often as possible.

If the Rebels can get their passing attack going, Dontario Drummond is likely to be on the receiving end of Corral’s passes. Six of Corral’s 16 touchdown passes have gone to Drummond, and Texas A&M has had problems with a more vertical passing attack like what the Aggies saw against Alabama. Whether Corral can play at his preferred pace will decide what happens in this one.

The under might seem low in this situation, but there’s a reason for it: these teams have played to the under in six consecutive matchups, and the under has cashed in six straight A&M games in November. Mississippi has also seen the under cash in four straight, as the public has fallen for the early Rebel offensive explosions and still remembers the Arkansas game where the teams combined to top 100 points.

Mississippi has been a great cover team at home in recent weeks, covering in four of its past six with one push, but there’s one caveat in there: the Rebels haven’t exactly gotten the job done as an underdog. In their past 11 games as a home dog, Mississippi has just two covers.

It’s going to be a cool evening in northern Mississippi, with temperatures falling into the low 30s and winds blowing at four miles per hour to the west-southwest.

I don’t trust the Mississippi defense in this situation. I think Spiller can run the ball down the Rebels’ throats all night long, and that should help the Aggies stay in control of the contest from start to finish. This is a small spread, and I think Texas A&M gets the job done here. Give me the Aggies.