UCLA vs. Colorado Against the Spread Pick 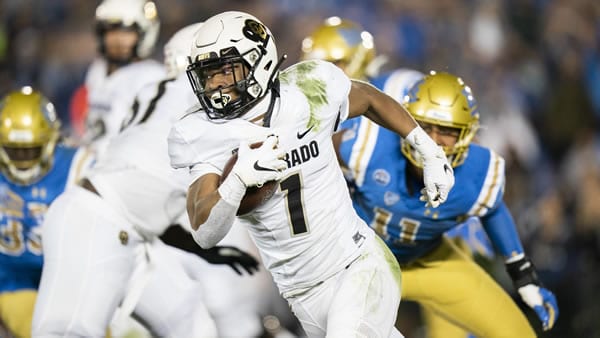 The UCLA Bruins come to Boulder to take on the Colorado Buffaloes in Pac-12 action on Saturday. Both teams are trying to make progress after disappointing seasons last year. The Bruins won 4 games in Chip Kelly’s second season, up from 3 wins the previous season. In his third season, typically a time where coaches see their handiwork manifest, they hope for better. Colorado was only slightly better with five wins in a letdown 2019 season. They also saw their head coach fly the coup after one season, with Mel Tucker taking the Michigan State head coaching gig. In comes Karl Dorrell to try to save the day. And in his first game, he faces the team where he was once the head coach. Who can get off to a fast start on Saturday in Boulder.

Tough Spot for the Bruins

While not completely clear on what the weather will be in Boulder on Saturday, it’s still pretty hot in LA, meaning the elements could be at play for the Bruins. They really want to hit the ground running after two substandard seasons under Kelly, whose gig could be on the line with a dud this season. It’s just not going to be easy in this setting, though Kelly and the Bruins can derive some hope from last season’s result, when UCLA thumped the Buffaloes at home, 31-14. In that game, QB Dorian Thompson-Robinson had a pretty good match.

The growth of the Bruins this season is directly tied to the growth of Thompson-Robinson. A robust talent where it’s easy to see how he could be really effective, consistent success has been elusive. More maturity and extra time to prepare could help that, but he is without one of his major weapons in Joshua Kelley, who is now on the Chargers. But perhaps Kelly’s decision to play so many youngsters in his first two seasons at the helm has resulted in some players who are due to bloom. One area that may have benefitted was the receiver corps, with guys like Chase Cota and Jaylen Erwin. Freshman Kyle Phillips was huge with 60 catches and is now back a year older. So maybe things aren’t as dire as recent results would suggest. Still, with a patchwork offensive line, it’s not easy to imagine UCLA being one of the better offenses in the division this season.

While the Chip Kelly offense hasn’t turned over yet in two seasons, it’s the defense that has proven to be the main obstacle to wins. Coordinator Jim Azzinaro was able to keep his gig, despite a “D” that often descended to slapstick levels in conference play. It was just a shortcoming that was too robust to overcome. Therefore, maybe some of the departures on this side of the ball isn’t so bad, as that experience was bad experience. Still, there are many vacancies that need to be filled, and the prognosis that it’s all going to come out well is not very rosy based on recent results.

Where Colorado Stands Heading into 2020

The Buffaloes face some serious challenges coming into 2020, with a coach they were counting on leaving them in the lurch to move on to a more-enticing gig. They also have to say goodbye to another productive QB in Steven Montez. Taking over will be Sam Noyer, who served as a sparsely-used backup to Montez. We’ll see how it works out, with the senior just now looking to play serious time. But according to Dorrell, he showed a high level of aptitude working with this offense.

Noyer will have some experienced backs with which to work, namely Jaren Mangham and Alex Fontenot, a pair of guys who combined for over 1300 yards last season. Jarek Broussard, back from injury, has also been reportedly turning heads in camp and could also figure into the equation. They lost a big piece of weaponry, with Laviska Shenault now in the NFL, but between youngsters and guys already there, they hope to put together a good aerial package for Noyer.

Both Teams in a Nutshell

Colorado is the more-solid team with the more dependable formula. They’re steady, they don’t do anything crazy, and they generally don’t undermine themselves in pursuit of wins. It can be a little dull, but it’s effective, and you can at least bank on them not shooting themselves in the foot. With UCLA, the ceiling might be a little higher. With Kelly running things, they take more risks and what they’re trying to do is higher-level, at least on offense. But you start to wonder after two years of watching it fall mostly flat if they have the horses to pull it off. Can Dorian Thompson-Robinson execute consistently? Does he have the right stuff around him to make it work? And with UCLA, it sometimes doesn’t matter if the offense can pull it off. If they can’t stop anything, it just doesn’t matter.

One could justify being a little dubious of this Colorado offense, starting a senior they never felt fit to play a lot, with a sudden coaching change they didn’t expect to have to make. And after the success he has had before at this Pac-12 level, one doesn’t want to blow off Kelly’s chances to turn this around, but it really has been hard to find optimism. DTR is a talent who is struck with a stubborn case of mediocrity that has been hard to shake. I see a steadier Colorado team crossing the wire a nose ahead in this one. I’ll take the Buffaloes.

Loot’s Pick to Cover the Point Spread: I’m betting on the Colorado Buffaloes plus 6 points. Make the Buffs a +26 underdog by inserting them into a massive 20 point teaser at one of the web’s best sportsbooks: BetAnySports! (They also offer -105 on sides and totals!)