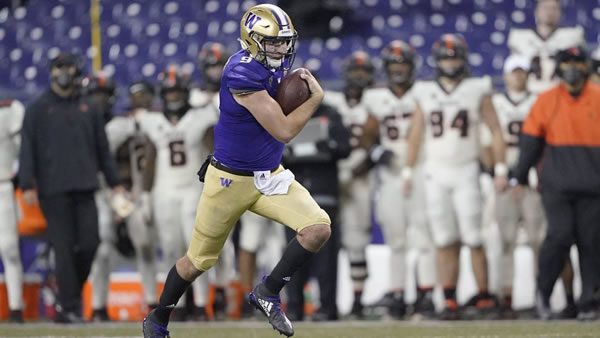 Point Spread: WASH -17.5/ARIZ +17.5 (Bovada - Live betting is the best thing since sliced bread and these guys have the ABSOLUTE BEST platform on the web! Don’t wait for commercial breaks! They offer lines almost 100% of the game!)

The Washington Huskies come to Tucson for a Pac-12 showdown with the Arizona Wildcats on Friday night. The Huskies continued what has been a rough 2021 season, dropping a 24-17 home game the Bruins on Saturday. Other than an OT win over Cal, they are winless in conference and have covered the spread just once this season. Meanwhile, the Wildcats dropped their 18th game in a row in a depressing 34-0 shutout loss to Colorado on Saturday. So it’s not like their predicament is any better. Who can get it done in Tucson this week?

Arizona Getting Even Worse?

There have been some moments of scrappiness this season, but getting demolished by what was a 1-4 Colorado team on Saturday saw the Wildcats sinking to new depths under first-year head coach Jedd Fisch. They lost a one-score game to BYU and hung in against Oregon before falling apart late, but still covering the spread. Other than that, it’s been a sour run, highlighted by a loss to Northern Arizona and then the 34-0 blowout last week as just 6-point dogs against the Buffaloes. The bottoming-out last week raises the question if all this consecutive failure hasn’t started to take its toll on this Wildcats team.

The Arizona offense is a turnover machine that averages 14 points a game. The Washington defense has been dicey, and the Wildcats are at home, but quarterbacks Gunner Cruz and Will Plummer have both been helpless behind an offensive line that is simply not up to Pac-12 standards. Cruz is now gone for the season, highlighting the line’s inability to keep people safe. The Washington defensive front has been nearly as bad, so maybe this is a spot where the Wildcats can get their ground game going a little bit. But even the Huskies’ pass-rush could manifest in this spot. And for the purposes of one of the beleaguered Arizona quarterbacks being able to mount an aerial defense, that could be an uphill battle this week. For all of Washington’s failings, if there is one consistent area of excellence that remains, it’s a bevy of talent in the secondary.

The Power of Context

It didn’t manifest on the road last week, but Arizona is home against what has been a lower-end conference team in the Huskies. It’s still hot in Tucson, as opposed to their game in Boulder last week. They were really competitive for three quarters with the Ducks and almost covered the spread the next week at home against the same UCLA team that just beat Washington at home on Saturday. Those who got burned last week by Arizona won’t likely see it this way, but at a minimum, we’ve seen Arizona thrive in an ATS sense in contexts just like this one before.

Washington: As Bad as it Seems?

Speaking of context, this is one in which the Huskies can thrive. One-score losses to good conference teams like UCLA and Oregon State don’t suggest a good Washington team, perhaps, but they’re at least not getting run out of the stadium by bottom-end teams, and they have, in fact, won in this decade. It got off to a rough start with losses to Montana and a more-understandable setback at Michigan. But over the last month and change, they’ve been competitive. This could be a spot where we see what they’re trying to do pay off more.

The Washington defense can be exploited, but an Arizona ground-game that seldom moves the chains might not be able to exploit that. Aerially, the Huskies should be able to make plays and stifle a hit-and-miss Wildcats aerial attack. Then again, Arizona has been tough on opposing aerial games themselves this season. With Dylan Morris behind center, we’ve seen Washington move the ball well through the air this season in spots. They are plagued by mistakes and an O-line that can neither protect Morris or spring any kind of a run-game.

Perhaps a struggling Washington run-game can better manifest against an Arizona run defense that hasn’t been able to stop anything this season. But Washington has been a one-dimensional offense this season whose one strength could be nullified in this game. We could be seeing a game where scores are hard to come by. Or maybe the different matchup possibilities will cancel each other out. In either event, there are cases for both teams in this scenario.

In a spot like this, you can’t discount overall morale. Not that the Huskies are flying high after a 2-4 start, looking down the barrel of what is shaping into a pretty unexceptional season. But they’re out there trying for head coach Jimmy Lake. It won’t always work, but when it doesn’t, it’s at least still presentable. Arizona has what on paper should be some matchup advantages. And they have been respectable in spots like this already in 2021. You just wonder if, even subconsciously, they’ve started waving the white flag.

It’s a wild conclusion in a wild conference, but sometimes smelling a rat is as good as anything else. Arizona, in its current manifestation of losing 18 straight and coming off an embarrassing roasting, hardly warrants optimism. But Washington is, in fact, dicey coming all the way down from Seattle on a short week at a time of the year where the weather difference is really stark as three-score favorites when they’re a team that has seen little go right this season. I’ll take a whirl on the Wildcats this week.

Loot’s Pick to Cover the Point Spread: I’m betting on the Arizona Wildcats plus 17.5 points. Question: Have you ever heard of reduced juice? If not, you need to read that article. It’ll change the way you bet sports FOREVER!