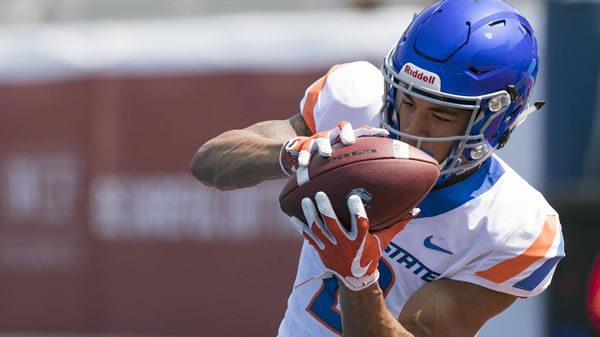 Point Spread: WYO +14/BSU -14 (BetNow - A lot of bettors busted out last week with teams like the Jaguars, Broncos and Titans winning. Instead of re-depositing for nothing at your bookie, consider grabbing a 100% REAL CASH bonus up to $1000 here!)

The Wyoming Cowboys come to Albertsons Stadium to take on the Boise State Broncos in Mountain West Conference action on Friday night. Each team comes into this matchup after having topsy-turvy seasons. Both teams have reversed form multiple times this season, and getting a read on either has been difficult. But with bowl implications at play, both teams have shown signs that they look to finish strong. Who can get it done in Idaho on Friday?

The Broncos have been uncharacteristic this season, as a middling conference team no longer as dominant in this context. They alternated wins and losses in each game of the season before seeing some better results the last two weeks. Following a win over Colorado State, they trounced the favored Fresno State Bulldogs, 40-14, on the road. That win suggests we’re ready to see the Boise we all know.

For the Cowboys, the results have been even starker. A 4-0 start evaporated once they hit conference play, dropping four in a row in a midst of offensive ineptitude. That’s why last week was important, and even though it only came against a sliding Colorado St. team, getting a win was big for a Wyoming team that has little to celebrate lately. And doing it by 14 shows maybe they’re in the proper frame of mind to take on this challenge.

Wyoming looks to have some of the same success they had last season against Boise on defense, where they allowed just 17 points. Their stellar pass-defense can really register in this spot, and it did last season. With 9 points of scoring last season, however, the Cowboys look to make more of a familiar recipe—a big dose of the run game. Teams have been able to do that this season on the Broncos, and Wyoming looks to do better than last season when they didn’t even manage to find the end zone.

Get the ZMan’s Oklahoma at Baylor Point Spread Winner

Wyoming didn’t do terribly with Boise QB Hank Bachmeier and WR Khalil Shakir last season, but they weren’t great either. With Boise RB George Holani looking to be a more central figure in this season’s matchup, the balance of the Boise offense could be an overall issue. Wyoming is pretty leaky up-front and between Holani. Cyrus Habibi-Likio, and Andrew Van Buren, it’s a part of Boise’s offense that they’ve been able to more consistently apply the last few weeks. This balance and variety both aerially and on the ground could go a long way this week against a Wyoming defense that has maybe been made to look a little better than it is the last handful of weeks.

The problem here might not be the defense for Wyoming. They have actually performed well, considering how often they’re hung out to dry by the offense. That includes giving up just 17 to high-powered Fresno despite being blanked on offense. They’ve given up just 65 combined points in their last four games. And that’s with their offense managing just 24 total points until they put up 31 last week. When getting behind Wyoming, one has to brace for the possibility of a flat offensive showing. The aerial attack is among the worst in the nation, and if they can’t get the run going, they’re usually not going to move the chains.

QB Sean Chambers has given the Wyoming offense a little aerial flair, but they had nowhere to go but up. He’s still barely completing 50% of his passes with more picks than touchdowns, so the aerial game is fairly negligible. It comes down to running backs Xazavian Valladay and Titus Swen. Valladay is definitely capable, but not the game-breaker you want as the featured gem in your offense.

With Boise, you have a QB who can put up numbers with Bachmeier. He has a difference-making receiver at his disposal in Shakir, who made some big plays last season against this same defense. There are options in the backfield with a couple of different experienced backs who have had big games. The aerial package beyond Shakir has proven contributors who can get into the end zone.

Wyoming can be scrappy in conference play. It’s just that until last week, they really haven’t been. Now back on the road in a rough place to play, what are the realistic prospects for their offense? They didn’t get in the end zone last season in this matchup. And only until they started playing the other conference basement-dwellers a few weeks ago did they even start putting up points, not even getting in the end zone against New Mexico and Fresno.

This might not be anything close to a vintage Boise team. Given their upsurge the last few weeks and the fact that Wyoming is seemingly out of their element against all but middling and low-end conference opposition, I suspect Boise’s spurt continues. It might not be a splashy offensive showing for the Broncos, and Wyoming may very well contain them aerially in stretches. But the run-game should help open things up, with Boise eventually establishing some separation and covering the spread at home. I’ll take the Broncos.

Loot’s Pick to Cover the Point Spread: I’m betting on the Boise State Broncos minus 14 points. Bet your Week 11 college football picks for FREE by taking advantage of a 100% REAL CASH bonus on your first deposit of $100 to $500 at GTBets Sportsbook!