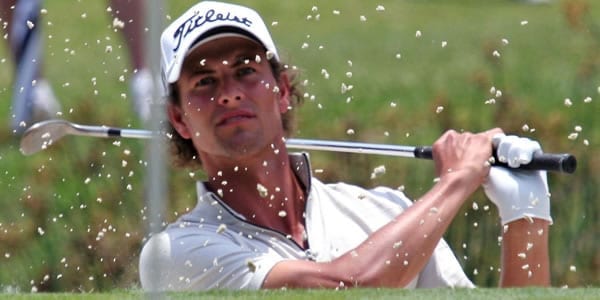 What is likely the most extended season in professional sports, the PGA begins the first year of a revised playoff format Thursday with the Statue of Liberty overlooking the action in New Jersey. The top 125 players in the FedEx Cup take their game to Liberty National with the hopes of making the Top 70 and getting their ticket punched to the BMW Championship. As in years past, the top 30 will move on to the Tour Championship. Unlike in years past, there will be only one winner when all is said and done. At the Tour Championship, players will be assigned a starting score based on their standing in the points coming into the tournament. The goal is to make it easier to follow for the fans as they will not have to deal with figuring out points to see who is ahead in the FedEx standings. The guy with the lowest cumulative score to par wins. Simple, right?

The cut for the first tournament will be 55 guys. With one less tournament to wade through, it will be tougher for some of the lower guys in the rankings to advance. The Northern Trust is the first step. The field is stronger than in years past as there is one fewer opportunity to gain the needed points to get to the $15 million bonus for winning the Cup. Liberty National has been the home to two prior playoff events, the most recent being in 2013 with Adam Scott winning and then in 2009 with Heath Slocum winning after barely making the field with a 123rd ranking in points. Liberty National also hosted the Presidents Cup in 2017 with the US team trouncing the internationals. Tiger Woods didn’t care much for the original Tom Kite layout. The course was redesigned after the 2009 tournament. Interestingly Woods finished runner up in both playoff events held here on the two different tracks.

This year’s top contenders include Brooks Koepka at 8-1, Rory McIlroy at 10-1, Dustin Johnson at 16-1, John Rahm at 18-1, Justin Rose at 20-1, and Tiger Woods at 22-1. Being #1 in the rankings hasn’t led to guaranteed success in the playoffs. Koepka hasn’t had much success in the playoffs as he has in the majors. Look for him to contend, but I don’t think he is your winner this week. Dustin Johnson had great success in the President’s Cup going 4-0-1 to lead the American squad, but he has been limping toward the finish line this year with his last five finishes being T20, T51, Cut, T35 and T20 after finishing 2nd in the PGA. Speaking of limping in, Tigers Woods seems to be hurting recently. He may have healed up a bit since his last event, but I say avoid him. Woods might be worth a flyer if you can get a better line, but he just isn’t stable enough for my dollar. Justin Rose is the defending FedEx Cup champ, but he also has not been playing as well as he was last year. John Rahm has the game to win, but does he have the temperament to become a champion and the pressure of the $15 million purse? He’s not my choice until he can show that he can win something big on this side of the pond. His failing to step on the proverbial throats of the rest of the field after opening with a 62 in the WGC at Memphis proves he’s not quite ready yet.

So that leaves Rory as my pick to win The Northern Trust at 10-1. McIlroy has finished in the top 10 in five out of his last seven events. Two of these events were majors, and the 3rd was a WGC. Missing the cut at his hometown Open Championship humbled him a bit, and I think it will make him a better player because of it. Liberty National can get a little tricky if the swirling winds kick up, which is not always Rory’s ideal scoring atmosphere due to his high ball flight. As of now, the winds are expected to be reasonably mild at less than 13mph for the week. At almost 7400 yards, someone with a little punch behind the old one wood will have a distinct advantage. Nobody drives the ball better than Rory when he is on. IF the putter doesn’t fail him, Rory will bring home the first title of the playoffs.

Head to head options for Rory McIlroy this week include him being -1.5 vs. Brooks Koepka and -1.5 over Dustin Johnson. These wagers can be found at MyBookie.

If we go a little further down the line, we see Adam Scott 40-1. What is so enticing about Scott is that he won the last playoff event that was held at Liberty National. He also won his singles match against golf’s version of McDreamy, Brooks Koepka in the President’s Cup. The former #1 in the world has been playing reasonably well lately with top 10 finishes in three of his last five events. Two of these were majors, and the third was the Memorial. He also missed the cut at the Open Championship, but so did a lot of top players having great years until that point. I certainly am not holding it against him. At 40-1, he seems like an absolute steal. He also has the game to contend at Liberty National. He is a great driver of the ball, although he has been having some difficulty finding the fairway this year. Even still, he is 12th in the PGA in scoring and 4th in shots gained. The bottom line is that his game is coming around again and he is a contender this week. But just like Rory, he needs his putter to be hot.

Golfer vs. Golfer options for Scott are sparse this week with the only offering being -2.5 vs. Jordan Spieth

Looking for a little more rake? How about Gary Woodland at 70-1? Woodland tied for 2nd the last time the playoffs were in town. Granted, he hasn’t been super hot since his win at the US Open; the 70-1 line makes him very intriguing. Woodland also has the driver to tame the length of Liberty National. He’s near the top in driving distance and 2nd in overall driving. I’m not quite sure how a guy that is in the top 5 in FedEx points, 16th in the World Ranking and has had some success in 2013 can be so far down the list. Don’t be fooled by the 70-1 number; Woodland has the potential to bring you a few bucks home.

Woodland’s H2H wagering opportunity this week is vs. Brandt Snedeker where he’s a -1.5 favorite. This bet can also be found at MyBookie.

Justin Rose (+110) vs. John Rahm (-130)
Pick to win-Justin Rose. Rose is the defending champ and knows how to get it done in the playoffs. As I mentioned earlier, I don’t think Rahm is ready for this big of a stage. Even though it is only the first round, there is still a ton of pressure to succeed. Rose also finished very well last time the tournament was held at Liberty National as he tied for 2nd place. The greens are tough at Liberty National. Rose is one of the best putters on tour (1st in putts per round). If the winds kick up a bit, Rose winning this matchup becomes even easier. The one stat Rahm leads Rose in is clubs broke per round. That doesn’t help in this arena. Rose being the underdog, makes this an even better bet.

Pick to win-Patrick Cantlay. Cantlay has maneuvered himself into the top 10 in the World Rankings with ten finishes in the top 10 over the course of the season. He has also found his way to hoisting the trophy at The Memorial. He’s 6th in the FedEx Cup entering the week, 2nd in shots gained, and in the top 20 in putting and birdie conversion rate. Cantlay has had a breakout season, and I think he has a real chance to win the FedEx Cup. Tiger Woods, on the other hand, has had a season to forget-except for that Masters victory. It seems like he is way more banged up than he is letting on. His absence from the last WGC adds some weight to things being a little more severe than just old age creeping in. Some of his shots have looked downright painful. He hasn’t even played enough this year to qualify in any of the stats. Woods is a scary pick this week. It is always good for the game when he is in the hunt. Hopefully, the time off has done him well. If he is healthy, wait until next week before jumping back on the Tiger train.
Sit back and enjoy the golf and view this weekend!