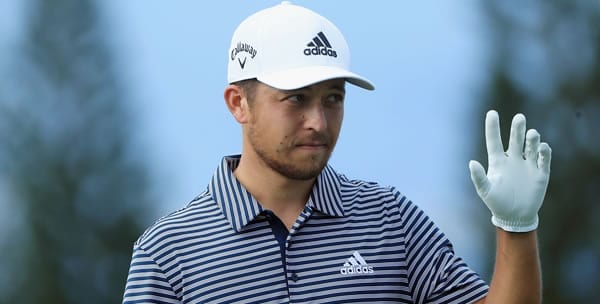 Things are just starting to heat up on Tour, and big-name players are just beginning to come out of hibernation. A very strong field descends on Torrey Pines this week for the Farmers Insurance Open with Tiger Woods, Rory McIlroy, and Jordan Speith, all making their first PGA start of 2020. Justin Rose is the defending champion, and he will look to go back-to-back in an event that has been kind to former champs. Woods famously has seven titles at Torrey Pines, but Brandt Snedeker and Jason Day are among the two-time winners with Phil Mickelson, a three-time champion. Rickie Fowler and Tony Finau round are among the betting favorites with Collin Morikawa and Scottie Scheffler leading a strong contingent of young guns. Morikawa is paired with Woods for the first two rounds as Tiger looks for his 83rd career Tour win.

Torrey Pines is one of the most relevant Tour sites in the US, and another chapter is ready to be written with Torrey set to host the U.S. Open in 2021. Players will get a first look this week at some of the upgrades that have been made ahead of next year’s Open. Early reports are that the South Course has been made more difficult while keeping the general feel of the 7,700 yard, par-72 layout relatively intact. Long, accurate driving looks to be a premium, and that could be to the advantage of the longer players, but Torrey has also been kind to shorter players with Brandt Snedeker and Ben Crane among past champs. Players will play one round at the South and also one at the North Course ahead of the 34-hole cut with the North measuring quite a bit shorter at just over 7,250 yards at par-72. The North is the track to do the most damage on, but three rounds at the South will be where the event is won. Jon Rahm was able to shoot a North record 62 during the first round last year but couldn’t hold on at the South and fell to T5. The course difficulty and the field strength undoubtedly produces a worthy champion.

Each week, we take a look at the online betting sites and highlight the best values on the board. We make a short, middle, and long odds pick to win and breakdown a couple of head-to-head matches that can be found at just about every golf betting outlet. Odds to win and pairings for this week come courtesy of the board at Bovada. Here are our picks to win the 2020 Farmers Insurance Open.

Alongside his T5 from last season, Rahm is the 2017 Farmers champion. He has played quite well since the Tour Championship, winning two Euro events and adding top-10s at the Hero Challenge and the Tournament of Champions. The stat sheet is a good fit for Torrey Pines as Rahm is long off the tee and hitting enough fairways to rank 5th in off-the-tee performance. He adds a top-30 GIR percentage to be one of the best tee-to-green players in this field. The putter produced the 6th-best birdie and scoring rate in 2019, and the only low spot in his game is a scrambling rate that is a bit below the Tour average. The best version of Rahm can beat any field, and he should be a Major champion before long. A win this week could be an excellent springboard for the 2020 Tour season in general. If “win odds” are too much of a gamble for you, you can also bet Rahm to finish in the top 5 at +170, top 10 at -120 (<- this is what I am personally betting) or top 20 at -275. You can find these odds at Bovada Sportsbook. They’ll also give you a 50% bonus on your first deposit, so you can essentially make this bet for free!

Schauffele has been an early-season force on Tour in years past, and that trend has continued in 2020 with 2nd place finishes the HSBC and Tournament of Champions. He doesn’t have the best record at the Farmers with three missed cuts at Torrey, but two of those came at the very beginning of his pro career, and he did turn things around a bit last year with a T25. I expect his first real contending run here this week, considering he has hit 77% of his greens this season and enters the week as the best tee-to-green player on Tour. He also leads in total strokes gained with top-3 marks in birdies and scoring average. He is cut from the McIlroy mold of drivers that can be both long and straight, which is a huge advantage anywhere, but specifically useful at the demanding South Course. His putter trends toward the Tour average in some categories, but he is 9th in GIR putting average so he can make the most of his excellent ball striking. Like Rahm, I think Schaffele is motivated to break through and prove it on the biggest stage, so look for him to be focused on doing well against this Major-quality field.

Reed fell off the pace a bit last season, sliding to 25th in the OWGR right before the FedEx Playoffs, but he has been hot since, moving all the way up to 12th in the world on the strength of several strong finishes. A win at the Northern Trust kicked off a stretch that saw him notch three more top-4 finishes in the fall portion, and he has only missed one cut since the PGA Championship last May. The most impressive part of his recent run has been the putter as he has the 12th best scoring average despite some rather pedestrian ball-striking numbers. The flat stick has been the cure-all with Reed in the top-10 in strokes gained and 11th in one-putt percentage. His work around the greens is also a big key to his success, and he enters the week 5th in scrambling. Torrey will force players into tough up-and-down chances, but it appears Reed will be equipped to gain some strokes in that category this week. As a bonus, Reed is absolutely fearless when it comes to playing against the best in the world.

Betting against Spieth has been one of the best money-making strategies of the last two years as he has fallen from 5th to 43rd in the world rankings. Things may be a bit different as that fall finally has him going head-to-head with players like Leishman instead of guys like Justin Rose and Rickie Fowler, who were just too much for the struggling Spieth. Leishman is no slouch with four Tour wins and another on the Euro Tour, but he has also been falling down the OWGR list, now 28th after hitting a high of 14th in 2018. Spieth was the better man at the CJ Cup with a T8 to Leishman’s T43, and Leishman continued to struggle, posting a 69th place finish at the ZoZo while Jordan was able to notch a T16 at the Hero Challenge. I’m nervous about both players as neither has been great with overall tee-to-green stats, but Spieth is unquestionably the better putter. In fact, Spieth has remained a near-elite putter during the work of his ball-striking woes, and he continues to put up solid birdie numbers despite fewer overall chances. His comeback will be swift if he can ever find that A-game with his full swing, and I think he is an outstanding value at even money against a player like Leishman who is not scheduled to be a significant on-paper contender this week.

Watson was one of the best stories of 2018 as his three wins propelled him back into the Tour spotlight, but he managed just three top-10 finishes in 2019 and fell from 11th to 44th in the OWGR. Over roughly the same stretch in 2019, Sabbatini logged six top-10s and moved from outside the top-200 to 85th in the world rankings and won this head-to-head at the ZoZo in October. Sabbatini has missed only eight cuts in the last two seasons combined after missing at least eight a season for six straight years, and while he may be a bit irrelevant in terms of week-to-week contention, he is rounding into a form that could make him a great head-to-head betting option. Rory is 42nd in fairways while Bubba is 153rd in that category, and Sabbatini finished ahead of Watson in both birdies and scoring over the last season-plus. Sabbatini also owns a significant advantage around the greens with a top-20 scrambling percentage and is better with the putter. Bubba still has the higher ceiling and has the 2011 Farmers win to highlight his Torrey record, but I think he is also the more likely player to miss the cut between these two.

You can find these odds at MyBookie. They’re offering our readers a special deposit $200 and get $200 FREE when you use bonus/promo code PREDICT100