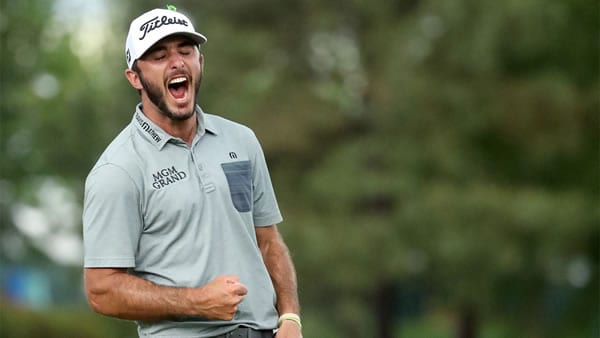 The first World Golf Championship event of 2021 is on tap this week, and the Workday Championship kicks off a Florida Swing that will wind through Arnie’s Place and Sawgrass in the coming weeks. Big events draw big fields, and WGC events are the strongest from top-to-bottom, with the top-50 in the OWGR earning auto-invites. Dustin Johnson and Jon Rahm are the clear-cut betting favorites, with Rory McIlroy and Xander Schauffele also in the mix. Patrick Reed is the defending champion of this event. However, he will have to defend his title at a new course with The Concession taking over hosting duties as this event has moved stateside after four years in Mexico. Bryson DeChambeau, Justin Thomas, and FedEx points leader Patrick Cantlay are popular betting options, and you may want to look near the top of the board as this event has been dominated by household names.

The Concession Golf Club is pinch-hitting for one year with a plan to return to Chapultepec next season, and there is a bit of intrigue with this new addition to the rotation. The course has been tailored to host the best players in the world this week but not much needed to be done as this Jack Nicklaus design has been one of the more challenging layouts in the state for years. Nicklaus courses are known for difficult green complexes, and The Concession is no exception. Players will have to be precise instead of just accurate to access pin locations, and approaches directed to the wrong segments will lead to difficult two-putt scenarios. The course is going to stretch beyond 7,500 yards at par-72, and the long hitters on Tour are slated to have an advantage as a big drive can eliminate some peril, and all four par-fives should be reachable by the longest players. Greens will be fast, perhaps rolling near that magical 13 on the stimpmeter, which is a number normally reserved for Majors. That will make approach control all the more critical as iffy shots will feed quickly away from hole locations, and up-and-down chances will be tougher with chip shots rolling out an extra three or four feet.

Each week, we take a look at the online betting sites and highlight the best value on the board. We make a short, middle, and long odds pick to win and breakdown a couple of head-to-head matches that you can find at just about every golf betting outlet. Odds to win and pairings for this week were found at Bovada. Here are our picks to win the 2021 WGC - Workday Championship.

Rahm has been so good since the fall that his T23 at the US Open stands as his worst finish of this season, and he has five top-10 finishes in his last six starts. He is fit for this course with a top-20 driving distance, and he hits enough fairways to come in at 5th in total driving and 4th in strokes gained off-the-tee. Rahm has been running near the Tour average in strokes gained putting but still nets the 7th best scoring average, so a good week on these greens will not only see Rahm win, it should see him cruise. Jon ranks third in overall tee-to-green performance, and that is always a key to unlocking a Nicklaus design. He was 5th last week on a sometimes brutal Riviera layout, and things should be a bit easier this week under calmer conditions.

Koepka jumped back into the winner’s circle in Phoenix, which was his first Tour victory since 2019 when he won the WGC St. Jude’s. He has five career top-10 finishes at WGC events to go along with his epic Major record, and The Concession should be right up his alley. Brooks remains one of the premier drivers on the PGA with the 15th longest driving average, and he hits enough greens to come in 25th in overall tee-to-green performance. He bookends things well with a top-25 putter in terms of strokes gained, and the flat stick improves to 22nd in GIR putting and 7th in one-putt percentage. His birdie average is slightly down from years past, but Brooks has done well in limiting mistakes and still turns in a top-25 scoring mark. I think there will be plenty of birdies to go around this week, but that ability to limit some damage is going to be equally valuable.

I’m going to stay with the long-hitting theme, and Bubba is one of the best long-ball players in the entire deep odds pool. Watson had some flashes with T7 and T4 finishes in the fall and played very well in Phoenix with a 69-65 weekend finish. He’s no longer the longest player on Tour, but he is still 23rd and easily over the 300-yard mark per drive. Bubba has been solid with the irons while hitting nearly 70% of his greens in regulation, but the putter has let him down. He’s currently 214th in putting average, and while that sounds bad, Bubba is respectably 71st in scoring. In short, he’s hitting greens but just two-putting more often than not. That drags his putting average down, but a quick turnaround is possible if he can only get a few more birdies to drop. Watson can still work the ball with the best of them, and he can access those tough pin spots. He also has a great Masters record, and Concession has drawn some comparisons to Augusta in terms of green speed. It would be nice to see an extended run of success at a course to help identify a longshot, but no one has a lot of experience here, and Bubba has the look of a player that should succeed here.

Picks to win based on predicted score after all four rounds. Check with your favorite sportsbook for single-round pairings and a variety of prop bets.

As the longest driver on Tour by a wide margin, DeChambeau is going to have a ton of short irons - specifically wedges - in his hands, and that is going to be a big advantage as he tries to find the right spots on these greens. Bryson leads the Tour in strokes gained off-the-tee and tee-to-green but is also a top-50 scrambler on those occasions when he does miss the putting surface. Hovland holds a small edge in birdie average, but DeChambeau winds up with the better scoring average as his mistakes are fewer. Hovland has the length to do well here, but no one can compete with the barrage that Bryson puts on each week. Look for that length to give him an edge in par-five scoring and generally give him some space in this match. Both players should fare well overall, but DeChambeau has a top-10 run while Hovland is in the next group back, closer to 20th.

This is one of the most lopsided head-to-heads you can find this week, and it is somewhat jarring to see that Nieman is such a large favorite over Homa after he just won at Riviera and moved into the top-50 in the world. On paper, Nieman deserves respect with no cuts missed in nine starts and seven top-25 finishes, but he has dueled Homa to a 2-2 split in the four tournaments where both played this season. Nieman is the better ball striker and specifically the better driver of the two, but there is no doubt that Homa is hot and really showed the ability to tame a difficult course that many big names failed to. This is another tough venue, but Homa has the momentum and is bringing some really good value, especially for a player that is showing he is at the top of his game.

Find these odds as well as golfer to finish in the top 10, 20 and more at Bovada Sportsbook