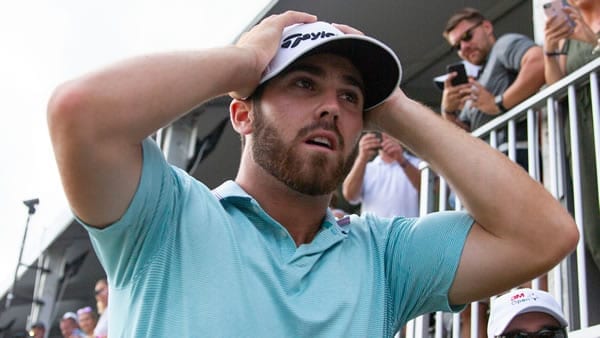 The strange 2020 PGA schedule is about to hit full sprint as the FedEx Playoffs start in just three weeks. Players outside the top-125 in the FedEx standings have a couple more chances to get inside that cutoff and ensure their spot at The Northern Trust. As a WGC event, the St. Jude features a limited field with just 78 players teeing it up at TPC Southwind. Jon Rahm, Rory McIlory, and Bryson DeChambeau sit firmly atop the betting list for this week with the newly top-ranked Rahm as the 10 to 1 favorite. Justin Thomas, Collin Morikawa, and Dustin Johnson are among the hopeful contenders with vets like Bubba Watson and Phil Mickelson, also in attendance. Justin Rose, Sergio Garcia, and Brooks Koepka are some of the big names not yet inside the cut line for the playoffs. Kopeka is the defending St. Jude champion and needs a strong finish to make any chance of reaching East Lake a reality. Tiger is the biggest name skipping this event as Woods has his eyes set on San Francisco and the PGA Championship next week.

A PGA tournament in Memphis has been a long-standing tradition, reaching back to the late 1950s, but it was just last year that saw the St. Jude installed as a WGC event. TPC Southwind has been the host venue since the start, and this course boasts one the best champions list with names like Couples, Price, Kite, and Norman, all winning here in years past. Winning totals have been all over the place as Justin Leonard needed just 4-under par to win in 2008 while John Cook set the tournament record at 26-under en route to his 1996 victory. Dustin Johnson won here in 2012 at 9-under but hit 19-under to win in 2018. This course has also been relatively fair to any style and shows no particular preference to either the short or long hitters in general. The layout plays at par-70 and measures nearly 7,450 yards with the course routinely ranking near the top-10 in difficulty each season. The move to Bermuda roughs and greens in the early 2000s gave this course some additional challenge, and there are some truly brutal holes like the 240-yard par-3 and 490-yard par-4 on the inward nine.

Each week, we take a look at the online betting sites and highlight the best values on the board. We make a short, middle, and long odds pick to win and breakdown a couple of head-to-head matches that can be found at just about every golf betting outlet. Odds to win and pairings can be found at Bovada. Here are our picks to win the 2020 WGC FedEx St. Jude Classic.

With eight top-10 finishes in just twelve starts, there has been much adversity on the course for Bryson. His rocket-like drives culminated in a Rocket Mortgage win a couple of weeks ago, and he would have likely been just fine at the Memorial if he hadn’t recorded a ten during his second round. He still managed to shoot 76 that day and missed the cut by just two strokes, so there was some impressive play surrounding that Tin Cup moment. I think a couple of weeks off will do him well as he was all concerned about his brand a minute, and only getting back to golf is likely just what the doctor ordered for the mad scientist. He doesn’t have a tremendous record at Southwind, but he enters this week as the best off-the-tee performer on Tour and the 7th best overall tee-to-green player. He averages over 323 yards per drive, by far the longest average on Tour, and sees so many short approaches as a result that his top-10 GIR rate seems an automatic. He is a top-30 putter across that segment of stats, producing the 5th most birdies and 2nd best scoring average. He adds a top-5 scrambling stat to round a sheet that rivals some of the best in recent memory, and his power game is providing a significant edge, even in today’s game where power is commonplace. I don’t think he fears any course or player, and he seems on a mission to eventually grab that #1 OWGR spot. A win here this week will not be a surprise to anyone.

With a couple of missed cuts since play resumed, it feels like Reed has been off the mark lately, but he did notch a T7 at the Schwab and turned in an impressive T10 at the Memorial before taking last week off. He did win in Mexico before the break and was actually on a terrific run from late 2019 that saw him win a playoff event and also make the Presidents Cup team. I think he’s a bit of a sleeping giant with so much attention currently being paid to several young stars, and it could be a motivating factor if Reed can turn that into a bit of a chip on his shoulder. He missed the cut in three of his five starts at Southwind but did finish 12th here last season and also finished 5th in 2013, which included a round of 64. He is a top-30 tee-to-green performer and ranks 11th in total strokes gained but really shines on the greens, ranking 2nd in GIR putting, overall putting average and one-putt percentage. With that stat line, it is not a shock to see him 6th in birdies and 12th in scoring. I think he is one of the better mid-level contenders in this field to jump out and push the scoring pace into the mid-teens under-par.

Wolff continues to write his story as one of the more relevant young players on Tour. Some players nosedive after winning their first PGA event, but that didn’t happen with Matt. He won in just his 4th career start last season and has added seven top-25 finishes since, including a runner-up at the Rocket Mortgage. A T22 at the Memorial was impressive for a player of his experience, and he improved on that with a T12 at the 3M last week. A WGC win would be a much bigger bite, but I don’t think it is outside his ability as he ranks 15th in off-the-tee performance and 31st in total putting. He is 7th on Tour in driving distance, and I think he can use that length to attack the scoring holes at Southwind. He is a tremendous par-5 player, and with just two such opportunities each day, scoring well on those holes becomes a good opportunity to gain an edge on the field. He’s a longshot for sure, but he seems comfortable in the big moments and has proven he can hang in fast scoring environments.

Golf picks to win based on predicted scores after all four rounds. Check with 5Dimes Sportsbook (offers reduced odds golf betting) for single round pairings and a variety of prop bets.

Never one to shy away from a tough pairing, I picked this match almost exclusively because of how close it appears on paper. Both players have actually been rather cold in recent weeks, although DJ did win in late June, but both also have tremendous records at TPC Southwind, including one win for Brooks and two Dustin. Johnson put together his worst 36-hole stretch (80-80) two weeks ago at the Memorial and withdrew from the 3M last week with a balky back after shooting an opening round 78. Last week, I mentioned that Johnson was tough to trust, and a potential injury only detracts from his chances of returning to form in the short term. Brooks has just one top-10 since play resumed, but you can at least rest assured he is healthy, and Koepka has never missed a cut at Southwind, with a 2nd and 3rd place finish alongside his win last season. With DJ potentially at risk to miss another weekend either by poor play or injury, Koepka is undoubtedly the safer pick. His current status outside of the FedEx playoff list should provide some serious motivation to get things going. I think that Brooks has a better chance to return to form this week, and while I don’t have either making a serious run at a win, I like Koepka to turn in a top-20 with DJ falling outside the top-25.

Both players are making their first career start at this course, so we are left to breakdown what they have done elsewhere, and few have been as hot as Morikawa since the Tour re-started play. Collin has a 2nd at the Schwab and a win at the Workday and remains one of the most consistent players on Tour since the mid-portion of 2019. Hovland has been solid as well, going 2-2-1 against Morikawa in the five events where they both played, with a 3rd at the Workday as his best finish. These two are very close on the stat sheet and are among the few young stars that do not feature the big power game. That means both rank high in overall tee-to-green performance, and without an edge for either in that category, I want to favor Morikawa as he is the better player around the greens. He is 70 spots ahead of Hovland in scrambling, and that lower mistake rate helps cover up that Hovland is a bit better on the greens overall. This should be a close one, but I think Morikawa has both the higher ceiling and floor and gets a win with a finish around 15th while I have Viktor back in the twenties. Bet  your golf predictions for FREE this week by taking advantage of a 100% real cash bonus offer on your first deposit of $100 to $300 at MyBookie Sportsbook!