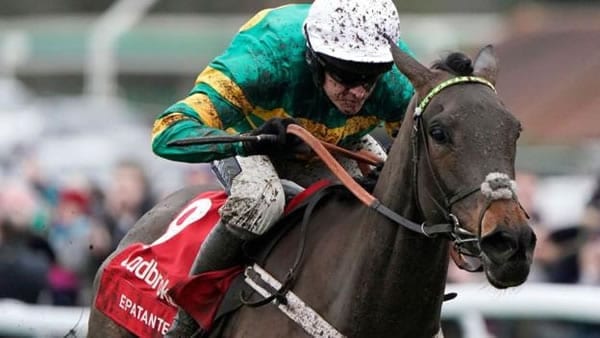 The Superbowl and the World series are the biggest events in the football and baseball seasons respectively, and the Cheltenham Festival is the equivalent in National Hunt racing in the UK.

While it’s the country’s Grand National, held at Aintree near Liverpool around a month after the festival that really captures the nation’s attention, meaning it is the biggest betting race of the year, it’s Cheltenham that’s for the true fans of the sport.

This year it’s running from Tuesday, March 10th until Friday 13th – and there are plenty of people who are hoping that the Cheltenham Friday tips they receive will turn out to be lucky for them.

Every year over 250,000 people go to the event, swamping the normally sedate Gloucestershire town and the Festival, especially well known for attracting both Irish horses and racing fans – and it’s a happy coincidence that it always comes around very close to St Patrick’s Day.

With the very best horses and the most successful jockeys competing on every day of the festival, there’s always a great hunger for tips about which ones could be winners. So, here is a guide to a few of the runners to watch out for over the four days of racing.

The first day of the event sees two big hurdle races, the Supreme Novices’ Hurdle and the Unibet Supreme Champion Hurdle. Both are run over 2 miles and 87 yards, and very often, the winners of the first race go on to succeed in the second one in later years.

A number of tipsters have been talking about Edwardstone for the Novices’ Hurdle. The horse has proved himself on a couple of previous outings and likes races where the pace is fast, so up against the fierce competition he’s sure to face, it should bring out the best in him.

The Champion Hurdle is the biggest race of the first day, and it also promises to be a hotly contested one with a very open field. But one horse that has undoubtedly caught the eye is Epatante, whose last outing on Boxing Day over a similar distance saw the horse win by five lengths.

The second day of the festival is known as Ladies’ Day, and the tradition is for visitors to dress for glamour – although the March weather in England does mean that they can find themselves sinking into the mud in their high heels. The two main races of the day are the RSA Novices’ Steeplechase and the Queen Mother Steeplechase. While the former is run over three miles, the latter is short for a steeplechase at just under two miles.

Looking at the Novices’ Chase, two Irish horses Minello Indo and Allaho, are both highly fancied. The former would be a great winner for the day as his jockey will be Rachael Blackmore.

In the Queen Mother Chase, it seems like the 2018 winner Defi Du Seuil is set to repeat his victory with some experts saying that he may be the banker of the whole festival.

The actual St Patrick’s Day may not be until March 17th, but this is when it’s celebrated at Cheltenham. So, expect to see a sea of green thronging the paddock and grandstands, and plenty of Guinness being drunk. It is fitting that the steeplechase sponsored by the Irish low budget airline Ryanair is the biggest of the day. The airline’s controversial owner Michael O’Leary is a big supporter of the sport, owning a number of horses himself.

Unfortunately, it’s not one of his that is predicted to do well on this occasion, but it is one trained in Ireland by Henry De Bromhead. A Plus Tard has last run at Leopardstown just after Christmas and showed his form by winning a fiercely contested battle with Chacun Pour Soi, another runner in this race.

This is the day that the whole festival has been leading up to with the Cheltenham Gold Cup as the main feature race. With a first prize of around £350,000, it’s by far the most prestigious race of the season to win, and in the past, legendary horses like Arkle and Desert Orchid have carried off the prize.

This year two horses are being hotly considered, last year’s winner Al Boum Photo and Kemboy. In 2019 the latter unseated his rider early in the race, but if he can avoid mishaps, this could well be his year. Al Boum Photo, on the other hand, will be hoping for plenty of rain in the run-up to the festival as he favors soft ground.

As we’ve already mentioned, the English March weather could well come to his aid!

BET USING A CREDIT CARD AND GET A 50% BONUS BOVADA RACEBOOK!