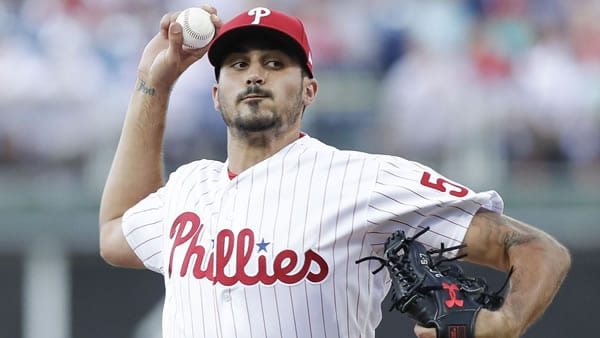 The Philadelphia Phillies host the Los Angeles Angels on Friday, June 3rd at Citizens Bank Park. The first pitch in this matchup is scheduled for 07:05 ET. The MLB Odds Board places Philadelphia as the favorite (OFF), with an OU line set at OFF.

In their last game, the Angels suffered a 1 run loss to the Yankees by a score of 2-1. Even in the loss, the pitching staff gave up just 2 runs while allowing 7 hits. With their 2 hits, the Angels could only muster 1 run. Los Angeles’s loss came as the underdog, getting 130.0 on the moneyline. Together, the Angels and Yankees stayed below the over-under line set at 8.5 runs. Los Angeles once again has a .500 over-under betting record 24-24-4.

In their last 5 games, the Angels are below .500, at 0-5. This mark has come on an average run margin of just -16. Los Angeles’s offense is in the middle of a cold streak, as their offensive production has dipped to just 3.6 runs per game over their last 5 contests. So far, Los Angeles has won over half of their 16 series played, going 9-5-2.

The Phillies are coming off a tight 6-5 win over the Giants. Philadelphia’s pitching staff gave up 5 hits, leading to 5 Giants runs. In the victory, the Phillies came up with 10 hits and 6 runs. Heading into action, Philadelphia was the favorite, at -125.0. So far, the team has won 45.0% of the games in which they were favored. In terms of the over-under, the Phillies and Giants combined to surpass the line of 7.5 runs. Overall, the team has gone over the betting line in over half of their games, going 28-21-2.

The Phillies come into today’s game looking to turn things around, as they are just 1-4 over their last 5 games. This recent slump is backed by a scoring margin of -10 over their last 5 games. Even with their recent struggles, the offense has been steady, averaging 4.0 runs per game. This is right in line with their season average of 4.51. Philadelphia has a below .500 series record of just 4-11-1.

The Los Angeles Angels will send Chase Silseth to the mound with an overall record of 1-1. In his previous outings, Silseth is lasting an average of 4.73 innings, putting together an ERA of just 3.07. So far, opposing teams have hit the ball well against the right-hander. Opposing batters have been able to drive the ball with power against Silseth, averaging 1.27 homers per 9 innings pitched. Silseth is in the bottom half of the league in strikeouts, averaging just 3.33 K’s per game. This includes a strikeout percentage of 16.0%. Leading into the game, he has shown a strong command of his pitches, averaging just 3.68 walks per contest.

Zach Eflin gets the start for the Phillies, with an overall record of 1-4. So far, Eflin has put together an ERA of 5.02. In his appearances leading up to today, he has lasted an average of 5.38 innings. Teams have been able to rack up runs against him, as he has a batting average allowed of 0.267. So far, Eflin has managed to keep the ball in the ballpark, allowing just 0.84 home runs per 9 innings. Eflin is in the bottom half of the league in strikeouts, averaging just 4.88 K’s per game. This includes a strikeout percentage of 22.0%. Throughout the season, Eflin has avoided walking batters, allowing just 1.88 per contest.

Today’s matchup between the Los Angeles Angels and Philadelphia Phillies will be their first meeting of the season. When looking back to last season, Los Angeles and Philadelphia split the season series, with each team picking up 0. The average scoring margin in these games was nan with an over under record of 0-0. Between the games, the average run total was nan runs per game.

Heading into Friday’s matchup between Los Angeles and Philadelphia, the Angels will look to stop the bleeding, as they have now lost 8 in a row. On the other side, the Phillies are also looking to right the ship, as they have won just 3 of their last 7 games and are now 12 games back of the Mets. Between the two struggling teams, I expect Philadelphia to walk away with a home win. I like the Phillies on the moneyline.

Free MLB Pick: Philadelphia Moneyline. Question! Did you know that we offer free picks for ALL sports? The articles you read in our sports sections are done by hired handicappers. The free sports picks made on our main free picks page are done by the owners of Predictem. Bookmark the page and check it out daily! Always 100% FREE!