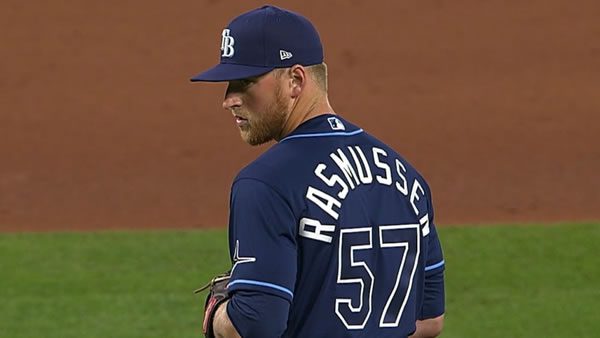 The Tampa Bay Rays host the Los Angeles Angels on Thursday, August 25th at Tropicana Field. The first pitch in this matchup is scheduled for 01:10 ET. The MLB Odds Board places Tampa Bay as the favorite (-180), with an OU line set at 6.5.

After suffering a 1 run loss to the Tampa Bay (4-3), the Angels will look to get back in the win column. Los Angeles’s pitching staff finished the game by allowing 5 hits, leading to 4 runs. On offense, the Angels finished with 3 runs on 7 hits. Los Angeles’s loss came as the underdog, getting 225.0 on the moneyline. The Angels and Tampa Bay played to an even match of the over-under line set at 7.0 runs. At 52-62-10, Los Angeles has combined to stay below the over-under betting lines in over half of their games.

In their last 5 games, the Angels are below .500, at 0-5. This mark has come on an average run margin of just -17. Los Angeles’s offense is in the middle of a cold streak, as their offensive production has dipped to just 1.6 runs per game over their last 5 contests. Los Angeles’s overall series record is just 14-21-4.

The Rays are coming off a tight 4-3 win over the Angels. In the win, the pitching staff allowed just 3 runs on 7 hits. At the plate, the Rays only came through for 4 runs on 5 hits. Heading into action, Tampa Bay was the favorite at -275.0. So far, the team has won 60.0% of the games in which they were favored. Combined, the Rays and the Angels matched the over-under total of 7.0. For the year, Tampa Bay now has an over-under record of 54-58-11.

Over their last 5 games, the Rays have not lost a game, going 5-0. During this time, the team’s run differential sits at +16. Tampa Bay is still playing winning baseball, even with their offense averaging just 5.0 runs per game, compared to a season-long mark of 4.16. On the season, Tampa Bay has won more than half of their series, going 20-16-3.

Los Angeles will roll with Patrick Sandoval (4-8) as their starter. Through 20 appearances, Sandoval has an ERA of just 2.97 while averaging 5.45 innings per appearance. So far, opposing teams have hit the ball well against the left-hander, posting a BA of 0.249. So far, Sandoval has managed to keep the ball in the ballpark, allowing just 0.41 home runs per 9 innings. Per game, Patrick Sandoval is averaging 5.75, on a strikeout percentage of 24.0%. Command has been a problem for Sandoval, as he is giving up 4.05 walks per outing.

Tampa Bay will roll with Drew Rasmussen (8-4) as their starter. Heading into the game, Rasmussen has appeared in 21 contests, posting an ERA of just 2.82. On average, he pitches 5.0 innings per appearance. Overall, opponents have a batting average of just 0.218 against the right-hander. In addition, to his strong BA allowed, he has been able to limit power, allowing just 0.69 home runs allowed per 9 innings. Per game, Drew Rasmussen is averaging 4.29, on a strikeout percentage of 21.0%. For the season, he has struggled with command averaging 2.22 walks per outing.

Today’s matchup between the Los Angeles Angels and Tampa Bay Rays will be their 7th meeting of the season. Tampa Bay holds the edge in the series at 4-2. Through 6 games, the series over-under record is 3-2, with the average run total sitting at 9.86 runs per game. The averge scoring margin in these meetings is 5.67 runs. Tampa Bay won last year’s head-to-head series, grabbing 6 wins to 1. The over-under record in last year’s matchups was 5-2, with the average run total being 9.86 runs per game. The average scoring differential in this series was 4.14 runs per game.

More Picks: Get our Cleveland at Seattle Betting Analysis & Pick 8/25/22

Heading into Thursday’s matchup between Los Angeles and Tampa Bay, the over-under line is set at 6.5 runs. Even with this low figure, I still recommend taking the under. In particular, look for the Angeles to struggle on offense once again. Rays starter Drew Rasmussen has not given up more than 2 earned runs since mid-July.