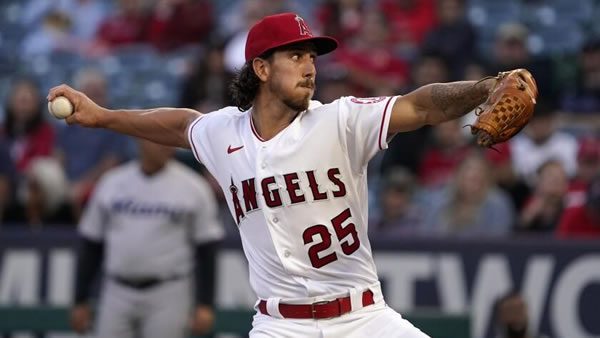 The Chicago White Sox host the Los Angeles Angels on Sunday, May 1st at Guaranteed Rate Field. The first pitch in this matchup is scheduled for 2:10 ET. The MLB Odds Board places Los Angeles as the favorite (-120), with an OU Line set at 8.5.

The Angels will look to bounce back from a tough loss to the White Sox by the score of 4-0. On their way to giving up 4 runs, the Los Angeles pitching staff allowed a total of 10 hits. Offensively, the team generated a total of 6 hits of their own. Combined, the Angels and Chi Sox fell short of the over-under betting line of 8.5 runs. So far, Los Angeles has been a good candidate to fall below the betting lines, as their over-under record sits at just 9-12-1.

The Angels are looking to continue adding wins, as they are 4-1 over their last 5 games. Over this stretch, the team has a positive run differential at 10.In their last 5 contests, Los Angeles is averaging 4.4 runs per game, right in line with their season average of 4.73. So far, Los Angeles has won over half of their 7 series played, going 4-2-1.

The Chicago White Sox are hoping for a repeat of their last game, as they took down LA Angels by a score of 4-0. In the game, Chicago was able to take care of business as they were the favorites at -135.0. For the season, the team has been favored in 16 games, winning at a rate of 50.0%. Offensively, Chicago came up with 10 hits, while the team’s pitching staff allowed 6 hits, leading to 0 runs. With this result, White Sox and LA Angels combined to fall below the over-under line of 7.5 runs. This result comes as no surprise, as the team’s over-under record is just 9-10-1.

The White Sox come into Today’s game looking to turn things around, as they are just 2-3 over their last 5 games. During this time, the team has a run differential of -5, while averaging just 2.8 runs per game, slightly lower than their season average of 3.20. Chicago has a below .500 series record of just 3-3-1.

For the Angels, Michael Lorenzen gets the start. So far, he has put together a record of 2-1. To date, Lorenzen has an ERA of 2.93, while lasting an average of 5.03 innings per appearance. Through 3 starts, opposing teams have combined for a batting average of 0.17. Despite a strong batting average allowed, Lorenzen is prone to giving up home runs, averaging 1.17 homers per 9 innings pitched. Up to this point, Lorenzen’s has a strikeout percentage of 20.0% and a per 9 average of 7.0. Leading into the game, he has shown a strong command of his pitches, averaging just 2.0 walks per contest.

For the White Sox, Dallas Keuchel gets the start. So far, he has put together a record of 1-2. Leading up to the game, Keuchel is hoping to bring down an ERA of 9.0. So far, he is averaging 3.33 innings per outing. Opposing lineups have put together a combined batting average of 0.346 against Keuchel. In terms of power, the left-hander is giving up 1.8 homers per 9 innings pitched. Heading into today’s action, Dallas Keuchel’s is averaging 6.0 K’s per 9 innings. Throughout the season, his strong command has led to an average of just 2.0 walks per contest.

So far, the Chicago White Sox and Los Angeles Angels have met up 2 times. Today’s game will be a rubber match for the two teams, as Los Angeles and Chicago each have 1 win. Through 2 games, the series’ over-under record is 0-2, with the average run total sitting at 10.71 runs per game. In these matchups, the average scoring differential sits at 4.0 runs. Going back to last year, Los Angeles won the season series, 5 games to 2. In these 7 meetings, the two teams combined for an over-under record of 4-3, while averaging 10.71 runs per game. On average, the winning team won by a margin of 3.29 runs per contest.

Even though the White Sox are coming off a nice win over the Angels, look for Los Angeles to pick up the win and take the series. So far, the White Sox struggles are due to their poor offensive play. Look for LA starter Michael Lorenzen to have a strong outing vs the Sox.